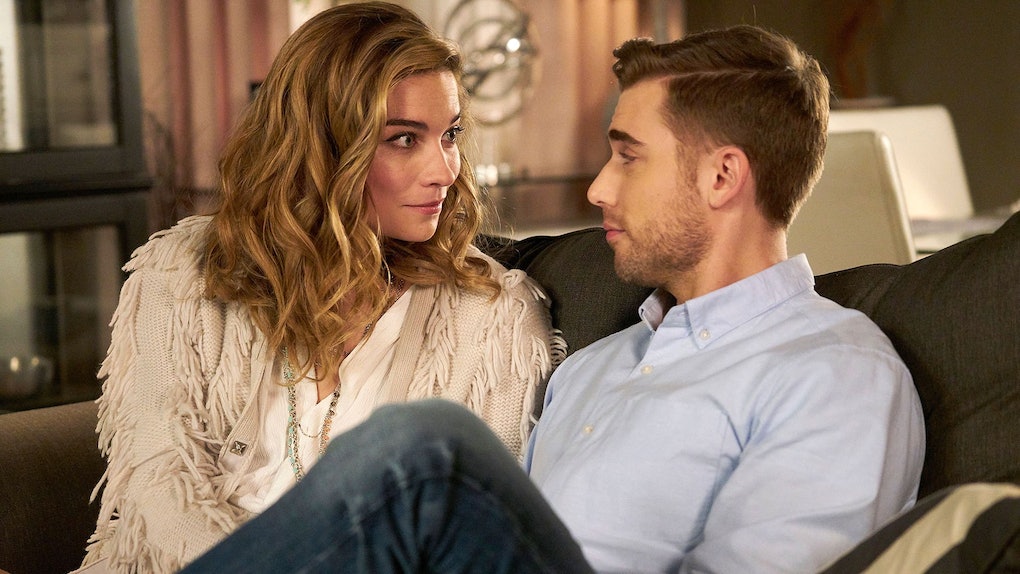 Schitt's Creek is full of tear-jerking moments, but one of the saddest scenes was definitely the Season 6 revelation that Alexis and Ted were breaking up. But while their conscious uncoupling was devastating, that doesn't mean they'll stay apart forever. In fact, Annie Murphy's quote about Alexis and Ted's post-Schitt's Creek future is pretty promising.

Over the course of the beloved comedy, self-absorbed former socialite Alexis Rose (Murphy) and local veterinarian Ted Mullens (Dustin Milligan) embarked on one of Schitt's Creek's sweetest love stories. But their relationship hit a rough patch when Ted was offered his dream job in the Galpagos and Alexis was torn between joining him there or following her goal of becoming a PR professional in New York City. She ultimately decided to end things so that they could both pursue their own passions and she could focus on her own goals instead of defining herself through her relationships.

It was an important moment for Alexis' character, but after watching her and Ted fall in love for six seasons, plenty of fans were inevitably crushed by their breakup. Luckily, there's still the possibility they could make things work in the future, and that's something Alexis herself is holding out hope for.

"I think that maybe it would be one of those relationships where they let each other go and thought it was final and then maybe drift into each other's worlds down the line," Murphy said in a May 1 interview with Us Weekly.

That said, Murphy ultimately happy with co-creators and stars Dan and Eugene Levy's decision to make Alexis "a little bit single" by the finale. "I do think that it was the right ending," she said. "As sad as it was to say goodbye to both Ted and Dustin, I think it was the right thing for Alexis. I think she was on a pretty exciting trajectory career-wise and I really think no world in which she didn't take, or she won't take the PR world by storm and continue having the most wild and bizarre and celebrity-studded adventures at the same time."

But if an opportunity ever arises for the Schitt's Creek cast to reprise their roles, Murphy loves that journey for them. In fact, she told Us Weekly she's even been bribing her onscreen brother for a follow-up movie. "I've been sending Dan $5 a day in the mail as a bribe. So far, I have not heard back about a movie officially," she said. "But oh my God, I would just be over the moon if that came to pass because I miss everyone so much every day."

More like this
9 Alexis & Ted 'Schitt's Creek' Quotes About Dating & Relationships
By Lydia Wang
When Will Josie & The Pussycats Return In 'Riverdale' Season 5? They'll Be Back Soon
By Abby Monteil
Will Sandra Oh Return To 'Grey's Anatomy'? Here's What She Said
By Dylan Kickham
Stay up to date