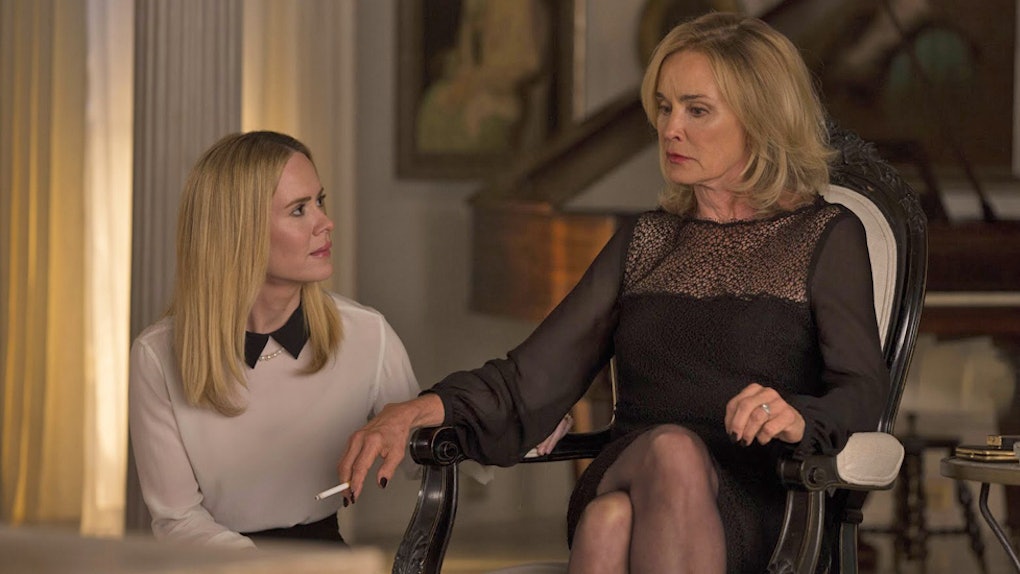 'American Horror Story' Is Renewed Through Season 10, So It's Not Ending Anytime Soon

FX is committed to bringing you even more nightmare fuel for years to come. Over the weekend, the cable network confirmed that American Horror Story is renewed through Season 10, which means that fans are definitely getting another three seasons of the spooky anthology series at the very least.

The renewal news came at the same time as the American Horror Story panel at the Television Critics Association press tour over the weekend. The long-running horror series has yet to begin airing its eighth season, which is slated to premiere next month, and had already been picked up for a ninth season at the beginning of last year, when FX announced that it was ordering a tenth season from the franchise as well.

That is amazing news for the future of the series, but of course, right now American Horror Story fans are most concerned about the upcoming eighth season of the anthology series. Ryan Murphy has revealed that the new season will be called Apocalypse, and it will include crossovers from past seasons Murder House and Coven, but the cast of Season 8 dropped even more details about AHS: Apocalypse at the TCA panel. The most exciting piece of news was Sarah Paulson confirming that AHS favorite Jessica Lange will appear in the new season, reprising her Murder House role of Constance Langdon. This will mark Lange's return to the franchise, after not appearing in any of the past three seasons: Hotel, Roanoke, or Cult.

The confirmation of Jessica Lange's return comes a few days after Ryan Murphy announced Cody Fern (American Crime Story) will be joining the cast as an adult version of Michael Langdon, the antichrist born at the end of Murder House. Since Constance was raising Michael as an adoptive mother at the end of Murder House, we will likely see them together again to bring about the end of the world in Apocalypse.

American Horror Story: Apocalypse will premiere on FX on Sept. 12, and the latest renewal means that fans can expect Season 9 to debut in the fall of 2019 and Season 10 to arrive in the fall of 2020.