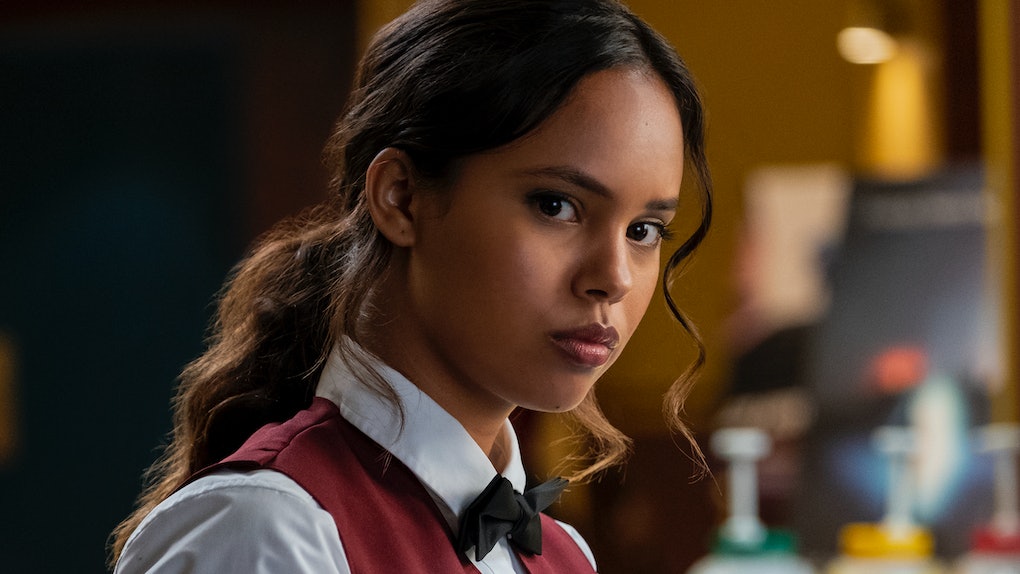 This post contains spoilers for Season 3 of 13 Reasons Why. By now, fans of 13 Reasons Why have fully dissected the circumstances of Bryce Walker's death and the tragic conclusion of the police department's investigation. While Zach gave Bryce debilitating injuries, Alex was the one to push the jock to his death as Jessica watched. As one of Bryce's rape victims, Jessica had a complex reaction to his death, but actor Alisha Boe's quotes about 13 Reasons Why Season 3 add even deeper insight into Jessica's state of mind.

Throughout Season 3, Jessica worked to reclaim her sexuality in the wake of trauma. With Ani's (Grace Saif) encouragement, she admitted that sex with Alex (Miles Heizer) was unsatisfying, and she learned to take sexual matters into her own hands. She eventually reunited with ex-boyfriend Justin (Brandon Flynn), but as the season finale explained, she would forever have a deep bond with Alex because of their shared connection to Bryce's death.

After asking to meet Jessica to hand over a tape of his confession and apology, Bryce first crossed paths with Zach (Ross Butler), who severely beat him up down at the pier. When Alex and Jessica arrived and received the tape, the latter refused to help Bryce get home. Alex initially agreed to assist the injured jock, but Bryce started vowing revenge against Zach and accusing Jessica of tricking him, causing Alex to change his mind. He instead pushed Bryce into the river, to his death.

"[Jessica's involvement with the murder will] compound her trauma," Boe continued. "That's a human life ... We'll see her explore that in Season 4, but I can't even fathom what it feels like to be a part of a murder. It's just more traumatizing."

Season 4 of the teen drama is already in production, slated to focus on the characters' high school graduation. Although Ani successfully framed Monty (Timothy Granaderos) for Bryce's murder, Monty's secret hookup Winston (Deaken Bluman) confronted her about lying, setting up one of the main conflicts for the next season. Further, a fisherman discovered Tyler's (Devin Druid) discarded stash of guns in the river, implying Tyler could fall into trouble as well. For now, Boe hinted that the fourth and final season could highlight Jessica's rekindled relationship with Justin.

Boe hopes for Jessica to continue healing from her assault when 13 Reasons Why wraps, but as the character demonstrated throughout Season 3, Boe is also rooting for Jessica to help others facing similar struggles.

"If you are Jessica, and you've gone through those [sexual assault] experiences, it's going to be an ongoing journey," Boe said. "But, to be able to use her experiences for the greater good in the future, and to have her have a purpose in the world to help others... you see that in Season 3. That's what she wants. She wants to help people."

Fans will have to wait and see how Jessica's path toward recovery fares in future episodes. Season 3 of 13 Reasons Why is currently streaming on Netflix. Season 4 is expected to premiere in 2020.