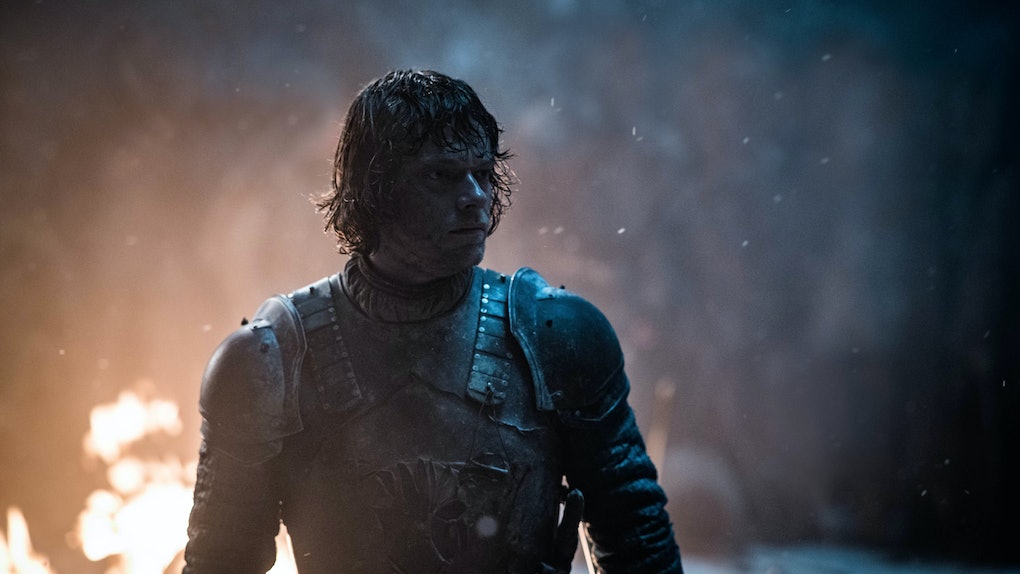 Game of Thrones garnered an astounding 32 Emmy nominations for the final season, with an unheard of 10 acting nominations, including Outstanding Lead Actor and Actress, Outstanding Guest Actress, and no less than seven supporting nods in the drama category. Three of those nods were self-submittals by the actors themselves, including Gwendoline Christie for Brienne, Carice van Houten for Melisandre, and Alfie Allen for Theon Greyjoy. All three have been forward about how much these nominations mean to them. However, Alfie Allen's quotes about Theon Greyjoy may be some of the most moving of the bunch.

Theon is not an easy character. In the novels, his inner monologue can sometimes feel practically like a cesspool, an angry young man resentful of his history and blind to his privilege. That only compounds after he disappears off the page for an entire novel, only to return having been tortured and re-programmed into "Reek," a broken, abused shell of a human.

Reading his point-of-view chapters is an uncomfortable experience, deliberately so. Martin's point is to show how Theon's inability to know where he belongs in the world leads him down dark paths, which are then compounded by bad luck.

For Allen, playing such a character was difficult, not just because Theon is so complicated, but because it led him to go down dark paths himself.

Speaking to Deadline about his Emmy nod, Allen called it a good note to end on.

It’s great to have it end of a positive note, because it was hard, during the process, to open up and talk about how difficult it was. It felt like the walls were closing in at some points. Theon was kind of hated. Reviled, in fact, might be the word.... There’s a lot to be said about men’s mental health within Theon’s journey to Reek and back again.

Despite Theon being so unlikable at the beginning, Allen said he always found the sympathetic side.

Theon probably started with a bit of an identity crisis, long before he became Reek. Where did the humanity in him come from? Was it the way he was treated? Was he born like that?.. I think he kind of expects it all to make sense when he goes home, in the second season. He expects that identity for himself to be revealed, once and for all. And that’s not what he gets.

Allen's time with Theon has also taught him how important it is for men to talk about what they're going through. For him, the lesson is not to hold it in so that it comes out in resentful ways.

[T]hat idea of the male ego and toxic masculinity, if we can talk about it a little more, and start a next generation without those kinds of ideals, I think that would be a good thing... It was something I learned with Theon, where I shied away from talking about how hard it was, and how much I struggled with it. I think if we can just open up and talk about that, and allow ourselves to be more vulnerable, that’s the way forward.

More like this
This 2021 'Game Of Thrones' Season 8 Trailer Is So Confusing... & So Good
By Ani Bundel
Kat Ahn's Quotes About 'The Office's Benihana Episode Call Out Asian Stereotypes
By Dylan Kickham
Netflix Renewed 'Bridgerton' For Seasons 3 & 4, Likely With More To Come
By Ani Bundel
Stay up to date