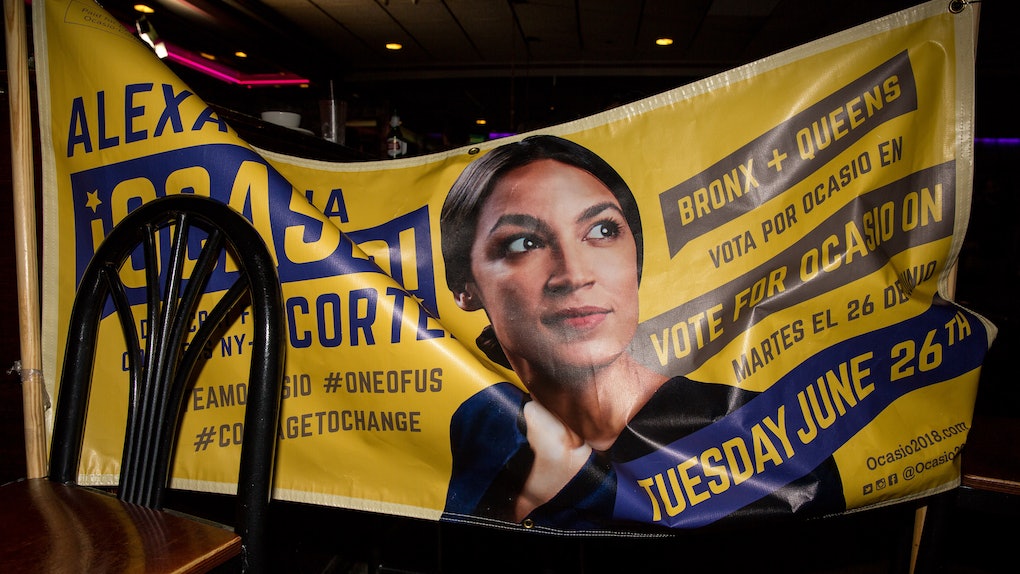 Ocasio-Cortez expressed her own amazement at the news while sharing a report of her unexpected primary win on Twitter.

"Shockingly — and I’m told this is not a joke — we have ALSO won a primary in the neighboring 15th Congressional District via write-in campaign on the Reform line!" she tweeted on Tuesday night, July 10.

The details of how she won the Reform Party primary are as obscure as Ocasio-Cortez's name was just a few weeks ago. Here's how it happened.

In June, New York Reps. Nydia Velázquez and José Serrano were virtual locks to win their Democratic primaries, since both incumbents were running unopposed. But the Reform Party petitioned the New York City Board of Elections to hold primary elections in both of Congress members' districts — New York's 7th (NY-7) and 15th (NY-15) district, respectively — which allowed Reform Party members and independents to write in their preferred candidate.

According to the New York Daily News, the Reform Party has 360 registered voters out of the 4.4 million registered voters in New York City overall. The party's petitions to hold a primary in NY-7 and NY-15, which contained one signature each according to the Daily News, resulted in 230 polling stations being set up across the two districts in June.

In a comment to City & State New York, Reform Party spokesman Frank Morano said that the effort to force a primary was a means to prove a point.

"Part of my hope, quite frankly, is that people will see what a needless expense this is and we will call upon their state legislators to fix this right away," Morano said.

The 230 polling stations required 5,000 workers and cost $1 million in taxpayer dollars, according to the Daily News. The result? 22 different people received write-in votes during the Reform Party primary in NY-15. Alexandria Ocasio-Cortez tallied the most with nine. Second behind her was Rep. Serrano who, of course, already represents NY-15 under the Democratic party.

On Tuesday, the New York City Board of Elections certified Ocasio-Cortez's primary win. However, New York state law prevents a candidate from competing in two different races simultaneously. So it's no surprise that the 28-year-old immediately noted that she would be holding on to her first nomination.

"While I am honored that so many Bronxites are excited about our campaign, I will remain the Dem nominee for NY-14," Ocasio-Cortez tweeted Tuesday night.

When Ocasio-Cortez does compete in November's general election against NY-14's GOP challenger, Anthony Pappas, she will be a near lock to win the district's House seat, which has not been held by a Republican in over two decades.

Her political ascent has been received as a generational change in the Democratic party, with the young primary winner having accomplished victory with a progressive list of campaign objectives.

Her next target will be enacting change in Congress, where she'll likely be sworn into the House of Representatives in January, alongside Reps. Nydia Velázquez and José Serrano.