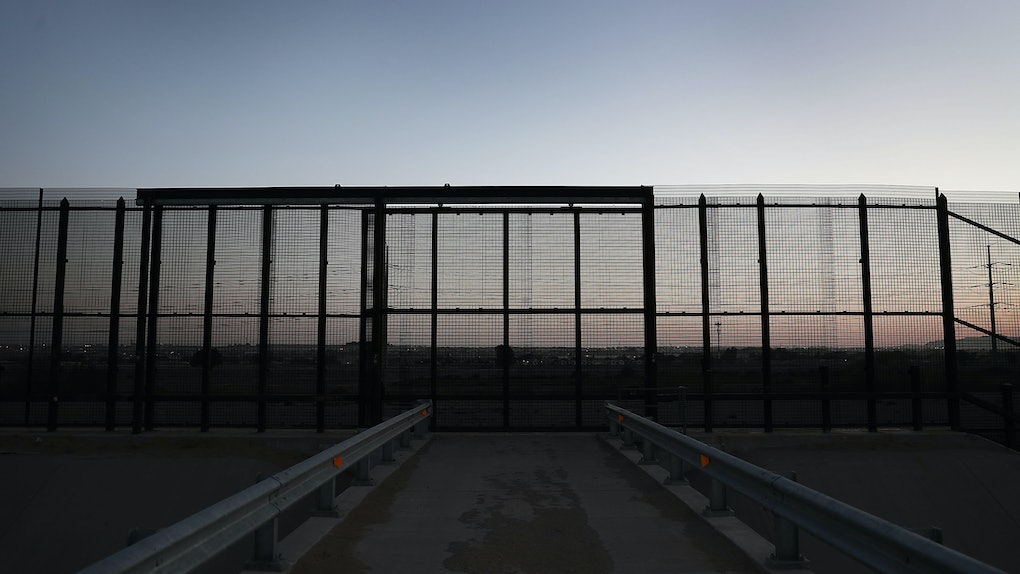 They say that history repeats itself, but I think everyone can agree that this particular discussion is one that everyone hoped would not come back. During the week of June 17, politicians and regular citizens have been up in arms after Rep. Alexandria Ocasio-Cortez compared migrant detention centers in the Southwestern U.S. to concentration camps. Some people immediately took offense at the perceived connection to the genocide of WWII's Holocaust, while others defended the use of the term. So what are concentration camps? Here's why it's all so controversial.

It started on Tuesday, June 18, when Ocasio-Cortez compared migrant detention facilities on the southern border to concentration camps during a live video on Instagram. She pointed out that migrant families are being held at Fort Sill, an Oklahoma army base where Japanese-Americans were detained during World War II. "The U.S. is running concentration camps on our southern border and that is exactly what they are," she said. "I wanna talk to the people who are concerned enough with humanity to say, 'Never again' means something." The phrase "never again" has long been used in reference to the Holocaust and preventing a similar genocide in the future.

Ocasio-Cortez's comments raised serious controversy. On June 18, Wyoming Rep. Liz Cheney took to Twitter to say the Bronx native's comments "demean" the memories of the millions of Jewish individuals killed in the Holocaust. She wrote,

Please @AOC do us all a favor and spend just a few minutes learning some actual history. 6 million Jews were exterminated in the Holocaust. You demean their memory and disgrace yourself with comments like this.

But it's safe to say not everyone agreed with Cheney. While Ocasio-Cortez's comments offended some, others defended the representative's comparison, stating that the migrant detention facilities bear similarities to the camps. Actor and activist George Takei took to Twitter on June 18 in response to Ocasio-Cortez's comments, opining that the United States is, in fact, operating such facilities. He wrote,

I know what concentration camps are. I was inside two of them, in America. And yes, we are operating such camps again.

For what it's worth, Merriam-Webster defines a concentration camp as a "place where large numbers of people (such as prisoners of war, political prisoners, refugees, or the members of an ethnic or religious minority) are detained or confined under armed guard."

Although in modern times the term has been heavily associated with the Holocaust, it's worth noting that — sadly — concentration camps aren't specific to that lone genocide and have been around even before World War II. The term originated in 1897, but became more known to the public starting in 1933, when dictator Adolf Hitler formed the Nazi Party in Germany and forced millions of Jewish individuals into camps. From 1933, when the first concentration camp opened, to when the war ended in 1945, an estimated 6 million European Jews were killed in concentration and death camps. This doesn't account for the millions of Roma, LGBTQ+ individuals, and political prisoners who were also detained in camps and killed.

Some of the controversy also appears to be from people conflating the Holocaust's "concentration camps" with "death camps." While camps during the Holocaust sometimes combined or had elements of both, not all camps had the express purpose of mass executions.

Ocasio-Cortez's comparison stems from criticism pertaining to the standards and safety of migrant detention facilities on the southern border. On June 9, NBC News reported that 24 immigrants have died in U.S. Immigration and Customs Enforcement's (ICE) custody since April. Elite Daily reached out to ICE for confirmation and a response to these reports, but did not hear back in time for publication. In addition, a June 3 report from the Office of Inspector General of Homeland Security found that two of these facilities failed quality of life standards such as inadequate medical care, rotten food, and overcrowding.

The controversy surrounding Ocasio-Cortez's comparison pertains to severe torture and trauma these camps inflicted on European Jews during the Holocaust. Many critics suggested that immigrants aren't being detained due to their ethnicity or religion, but for illegally crossing into the United States and are being sent to these facilities as a "defense." However, it's worth noting that it is entirely legal to cross the border to claim asylum – in fact, it's required, as asylum-seekers must be within the United States' borders to claim asylum.

The controversy surrounding this comparison isn't likely to die down, but perhaps it'll lead people to learn more about the history of concentration camps, and the issues surrounding migrant detention facilities.