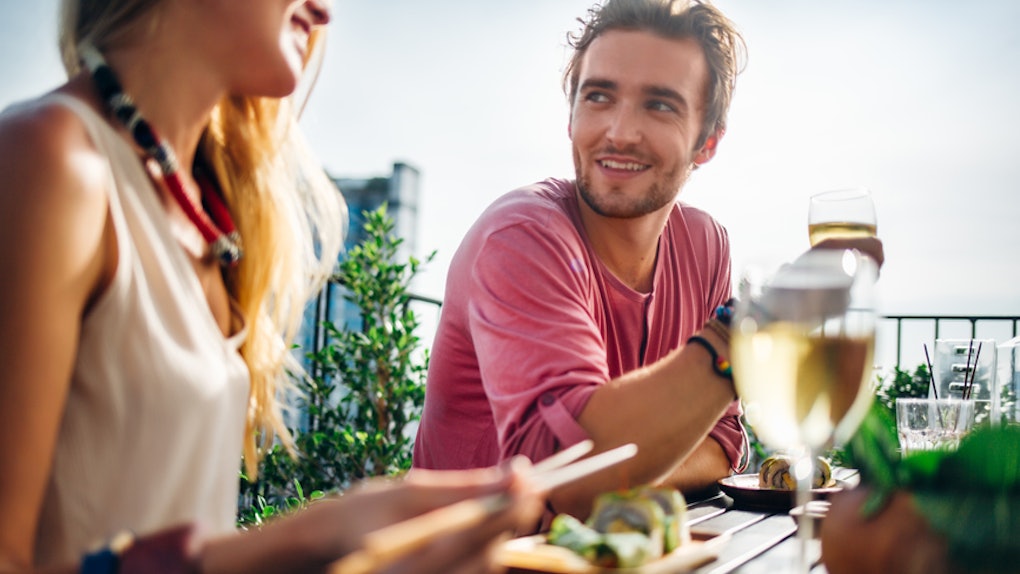 After You Break Up & Get Back Together, Here's What Changes In A Relationship

Depending on how long you'd been together and the seriousness of the relationship, making the decision to break up with someone prompts a ton of feels. And in some cases, you may ultimately realize the breakup was premature, and maybe you just needed some time apart, instead — so you get back together. However, it's important to realize that once you break up and get back together, there are definitely some things about your relationship are going to change.

Breakups and makeups for some couples are simply a part of their relationship dynamic. Soaring highs and pretty bad lows keep them on their toes, despite their constant work to find that comfy middle ground. Others who are accustomed to more stable partnerships may see a breakup as a final disconnect, though, and once things are over for them, they're over. But if, for whatever reason, you and your ex are thinking of giving things another shot, then the most important thing is that you are both prepared for the changes that are bound to arise between you two.

1. You'll Have To Work Harder To Make Sure You Don't Repeat Past Mistakes

"Nothing changes in a relationship if you decide to get back together and you have not actually faced and addressed the things that created the rift," sex therapist and intimacy coach Irene Fehr tells Elite Daily.

So often, people get back together for the wrong reasons. They start feeling lonely. They miss the familiarity of their ex. They fear not meeting someone else. None of these are good reasons to try again with someone you probably didn't have the best relationship with to begin. If a particular behavior or event triggered the breakup, then that behavior or event needs to be fully resolved — or at the very least, be on its way to being resolved — before you and your ex can return to the way things were.

"Couples will often get back together after apologies — but an apology is not enough. There has to be growth," warns Fehr. And real, sustainable growth requires action.

2. You'll Have To Be More Open And Direct In Your Communication

"Better and more open communication, honesty, and a more collaborative approach to solving conflicts" are all things that should improve on the second time around, notes dating expert and relationship writer Demetrius Figueroa.

"If you've broken up with someone and get back together, you should come back into the relationship knowing that you can make some positive changes," says Figueroa, "because your relationship wouldn't have ended in the first place if things were perfect."

For example, this might mean, instead of biting your tongue if and when your partner starts slipping into old habits, you speak up in the moment and let them know how you feel, rather than letting your resentment build up like you did before.

3. There Should Be A Shift In The Power Dynamic

In a lot of relationships, there's someone who is a bit more assertive and someone who is more passive. However, the healthiest and most sustainable partnerships operate in a much more balanced way, where each partner will both take the lead and follow at different points.

"Perhaps your partner was the one who had all the power in the relationship until you walked away. Or, it could be the other way around." explains relationship expert Susan Winter. "Love the second time around is best when both partners have an equal voice in defining the rules of engagement. Now is the time to work on issues of inequality,"

4. You'll Both Be Less Naive

"[If] you've decided to give it a second try, you've been hurt by your partner. You're not going to be the same person that you were before," notes Winter. But this doesn't have to be a bad thing. Sometimes, dealing with pain instead of running from it is the only way to break through the issues that caused your relationship to deteriorate in the first place.

"Regaining trust and reestablishing relationship momentum will become a day-by-day process for your both," she continues. Each day can and will present the perfect opportunity for you both to reconnect and get things back on track.

More like this
Matt James & Rachael Kirkconnell Reportedly Aren't Together After Their Rumored Reunion
By Joyann Jeffrey
Are Timothée Chalamet & Lily-Rose Depp Back Together? Here's Why Fans Think So
By Candice Jalili
Dale Moss' Instagram With Clare Crawley Suggests They're Back Together
By Corinne Sullivan
Stay up to date