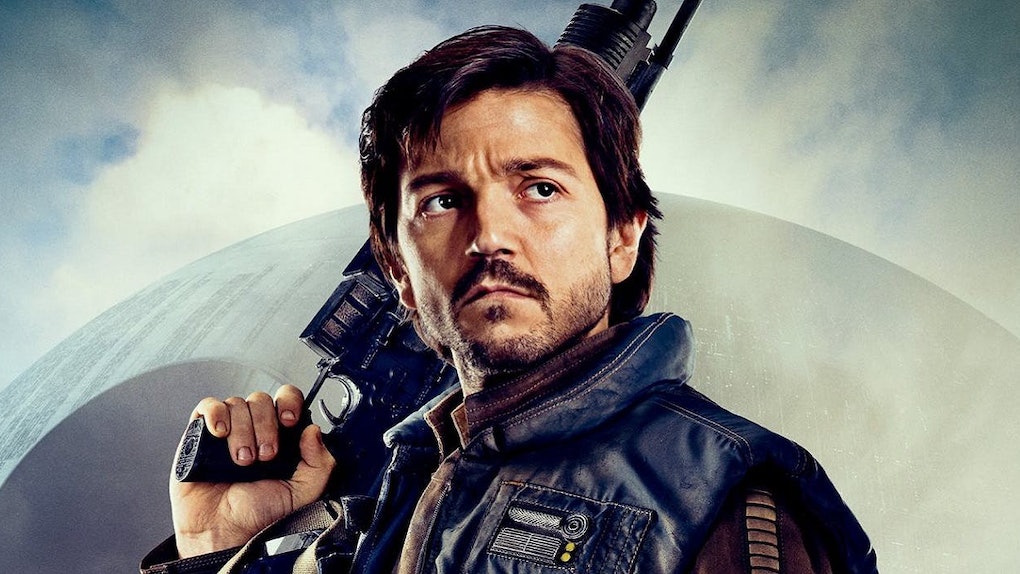 A 'Star Wars: Rogue One' Spinoff Series Is Coming, So Get Ready For More Cassian

By this time next year, Disney will have become the largest entertainment monopoly in the world after the merger with FOX concludes over the summer. But the story most will be focusing on will be the launch of their standalone streaming service, the first to pose a significant challenge to Netflix's domination in the field. "Disney+," as it's currently called until an official name is given, is planning a murderer's row of content for their late 2019 launch; the latest being a Star Wars: Rogue One spinoff series featuring breakout star Diego Luna.

This is the second live-action limited series from Lucasfilm to be announced as part of the Disney+ lineup. The first, The Mandalorian, is already in production and is expected to premiere when the new service debuts in late 2019. This new series will probably follow in 2020, as it is not going into production until after the new year.

This is also the first direct spinoff of an existing Lucasfilm movie. The Mandalorian is vaguely based on the idea of a character wearing Boba Fett like armor who was seen around the edges of Solo: A Star Wars Story, but the show is not a direct spinoff. This series, on the other hand, is a prequel story to 2016's standalone film, Rogue One: A Star Wars Story, focusing on the previous adventures of longtime rebel Cassian Andor.

According to StarWars.com, which officially broke the news:

Disney Chairman and CEO Bob Iger announced today that Lucasfilm is in development on a second Star Wars live-action series for Disney+, the Company’s new direct-to-consumer streaming service. The series, which will go into production next year, follows the adventures of rebel spy Cassian Andor during the formative years of the Rebellion and prior to the events of Rogue One: A Star Wars Story. Diego Luna will reprise the role of Andor.

Cassian Andor made Luca a household name in 2016, and he relishes getting to return to the role.

Going back to the Star Wars universe is very special for me. I have so many memories of the great work we did together and the relationships I made throughout the journey. We have a fantastic adventure ahead of us, and this new exciting format will give us the chance to explore this character more deeply.

The rousing spy thriller will explore tales filled with espionage and daring missions to restore hope to a galaxy in the grip of a ruthless Empire.

There is no specified length to the new series, though fans can assume it will probably run somewhere between six and 10 episodes. (The Mandalorian will be eight.)

Lucasfilm's two live-action shows will stream alongside multiple Marvel crossover limited live-action TV series on Disney+, which, like this series, will be anchored by stars from the big screen. Disney is also planning exclusive movie content for the new service, including a live-action remake of Lady & The Tramp starring Tessa Thompson.