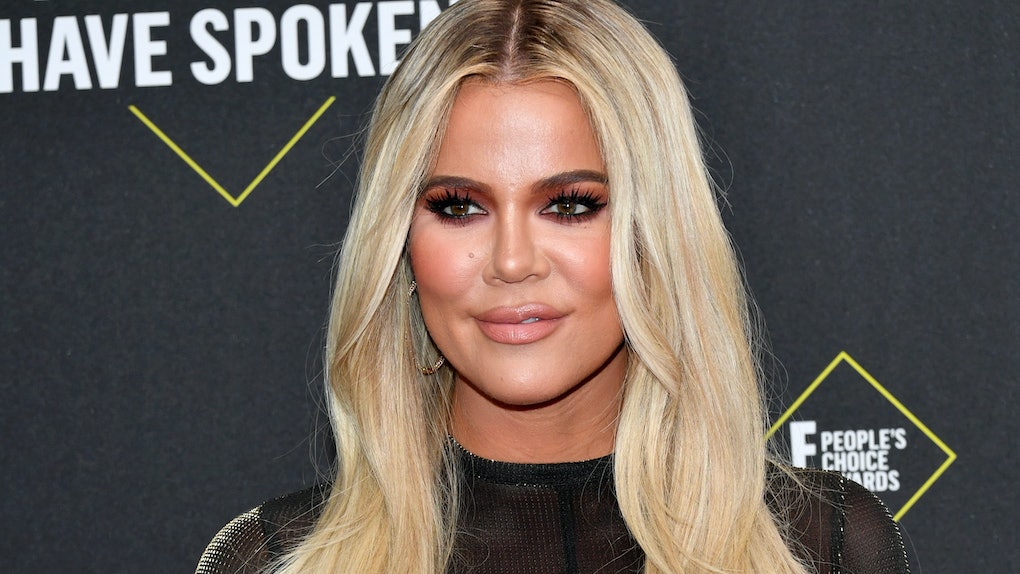 A 'KUWTK' Spinoff With Khloé Kardashian & True Might Be Coming Soon

On Sunday nights, fans are on the edge of their seats watching all the drama go down in new episodes of Keeping Up With The Kardashians. The Nov. 17 episode was no different as Kim experienced backlash over her shapewear brand's former culturally insensitive name, Kimono, and Kim and Kourtney clashed over candy, of all things. Toward the end of the episode, however, the drama took a backseat and fans got a snippet of what could be Khloé and True's upcoming spinoff.

Khloé and Kris Jenner had a meeting with producers to discuss Khloé's idea for a new show. Based on the concept art teased in the scene, the show will be called Khloé and True Take the World. If it gets the go-ahead, fans may watch it on a different platform than the one they're used to. "We want to shoot and put this on the internet as soon as possible," a producer told Khloé, hinting the show may stream online instead of on E!.

It's unclear whether the show will be on YouTube or some other platform, but the producers said each episode will be around 5-to-7-minutes long and will follow Khloé and True "at the house" and "out and about." The producers emphasized fans would only see "little snippets" of the pair's life.

Khloé and Kris always come up with the best ideas. If Khloé and True's show gets the green light, it means Khloé will get the best of both worlds: More time with her daughter, and, at the same time, more money in the bank.