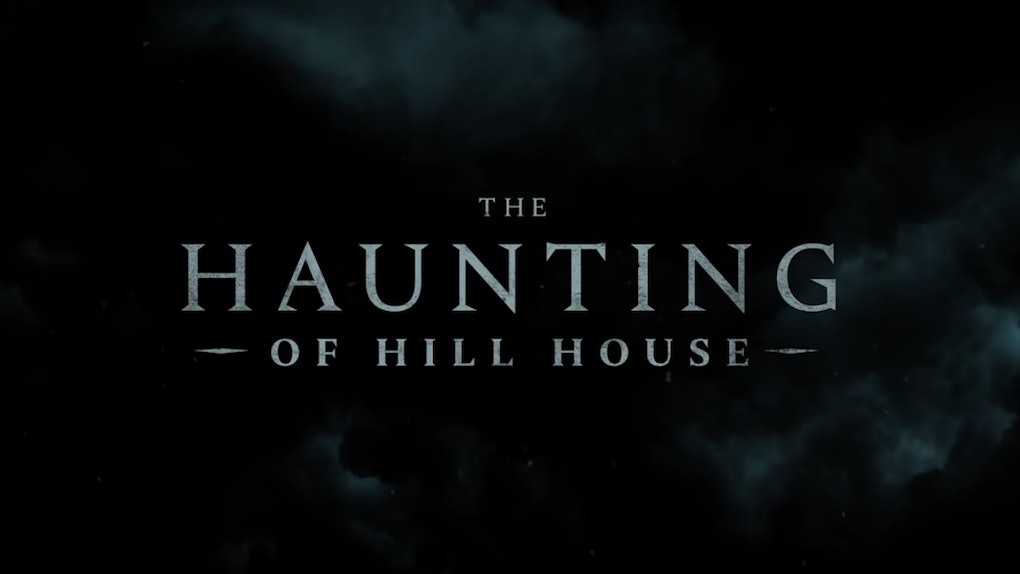 Just in time for the start of spooky season, the creative masterminds behind The Haunting of Hill House are giving fans just what they've been craving: more content. No, they aren't releasing the second season quite yet. However, the entire first season of the show is coming to Blu-ray, and it's going to include never-before-seen additional footage. So you can bet I'll be gearing up for Halloween with The Haunting of Hill House extended cut DVD. TBH I'm already scared.

The Haunting of Hill House is making history, as it's about to become one of the first Netflix original series to be released to DVD, according to Collider. The show's creator, Mike Flanagan, took to Twitter on Friday, Aug. 16 to confirm that the show was — in fact — making its way to Blu-ray sometime in the near future. And even though fans still do not know much in terms of specifics about this upcoming DVD, Flanagan revealed the new home release will come as an extended cut, showing original scenes that may have been clipped from Netflix's version.

While Netflix's cut was a serious nail-biter, it sounds like Flanagan's preferred cut is going to bring so many additional spooky scenes. He also confirmed that the new release would restore multiple episodes to their "original form," suggesting a different style of filming.

It sounds like Flanagan is seriously excited to show fans and viewers his preferred cut. In the tweet, he said:

More details to come, but it was a blast restoring several episodes to their original form. Hope you all enjoy!"

To be honest, I have no idea what to expect from this extended cut. Will there be more scenes taking inspiration from Shirley Jackson's 1959 original novel? According to a media critic from New Republic, the show ended up drastically different from the book's "raw horror," to make watching a little easier for viewers. So maybe there will be more scenes taken from the book, or it might lean more into each of the character's backstories, further explaining the trauma the Crain family endured. Either way, this is about to make for one heck of a Netflix and chill — er, Blu-ray and chill — session. I seriously cannot wait.

If you think you might be interested (or brave enough, that is) to watch the show's extended cut for yourself, you can pre-order The Haunting of Hill House as of right now on Amazon. The official release date hasn't yet been revealed, but you should probably start mentally preparing yourself right now.

Earlier this month, Flanagan also dropped some details about the second season of The Haunting series. It will be called The Haunting of Bly Manor, and similar to Season 1, it will be based on a popular horror novel. It will tell the 1898 ghost story of Henry James' The Turn of the Screw, which tells the tale of a governess who nannies two children at the notoriously haunted Bly Manor. Apparently it will take bits from many of James' works, and Flanagan speculates it's going to be even scarier than last season.

While Netflix's cut of The Haunting of Hill House was undeniably spooky, the director's preferred cut sounds like it's going to be quite a scream. Start making the popcorn and grab your fuzziest blankets... oh, and most importantly, keep a lookout for that terrifying Bent-Neck Lady.