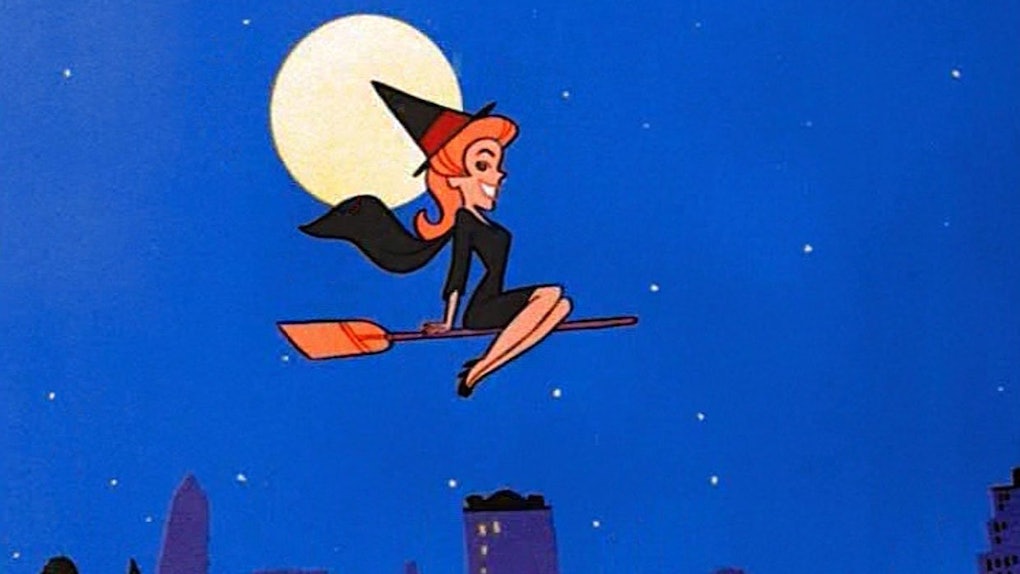 A 'Bewitched' Reboot Is Coming To ABC, But With A Modern Twist

One of the biggest stories in entertainment this past month was the closing of the long-rumored deal between Netflix and Kenya Barris. Barris, who created the hit black-ish and the spinoff grown-ish for ABC, has left the network to become a creator for Netflix's original programming lineup, joining Shonda Rhimes, who exited ABC for a similar deal last year, and Ryan Murphy, who just left FOX back in July. But before Barris exits the ABC tent for good, he has one more show deal getting off the ground under the wire: a Bewitched reboot is coming to ABC for the 21st century.

Bewitched is one of the more famous shows from the 1960s, a series spanning the black-and-white to color era, running on ABC from 1964 to 1972. Elizabeth Montgomery played Samantha, a witch who falls in love with a human male named Darrin Stephens (Dick York, who was famously replaced by Dick Sargent and no one on the show noticed).

The show was an obvious metaphor for mixed marriages, in an era of the civil rights movement. Yet somehow, the show never seemed to consider the racial analogy overtones, choosing mostly to focus on how having a magical wife interfered in daily human business instead.

Barris' update, on the other hand, will focus on parallels, going so far as to make Samantha and Darrin an interracial couple as well as an intermagical one.

In Bewitched, written by Barris and Taylor, Samantha, a hardworking black single mom who happens to be a witch, marries Darren, a white mortal who happens to be a bit of a slacker. They struggle to navigate their differences as she discovers that even when a black girl is literally magic, she’s still not as powerful as a decently tall white man with a full head of hair in America.

ABC has been trying to get a Bewitched reboot off the ground for quite some time. As owners of the rights to the series since the 1960s, it's been seen as a show that could be brought back as part of the network's signature comedy line up. This is the third time this decade it's tried to get a series off the ground. The first, in 2011, never made it to the pilot stage. The second, in 2014, was stolen away by NBC in a bidding war. NBC made a pilot but then decided not to take it to series.

Barris got ABC to commit to the show just before his agreement with Netflix closed. Deadline says,

Barris sold Bewitched to ABC shortly before his overall deal at ABC Studios officially terminated August 15, a little over a year into its original four-year term. The next day, Netflix announced an overall deal with the prolific comedy writer-producer, said to be for three years with an option for another two.

Barris' Bewitched has a pilot production commitment from ABC, and if network execs like what they see, the series will most likely come to ABC for the 2020–2021 TV season.