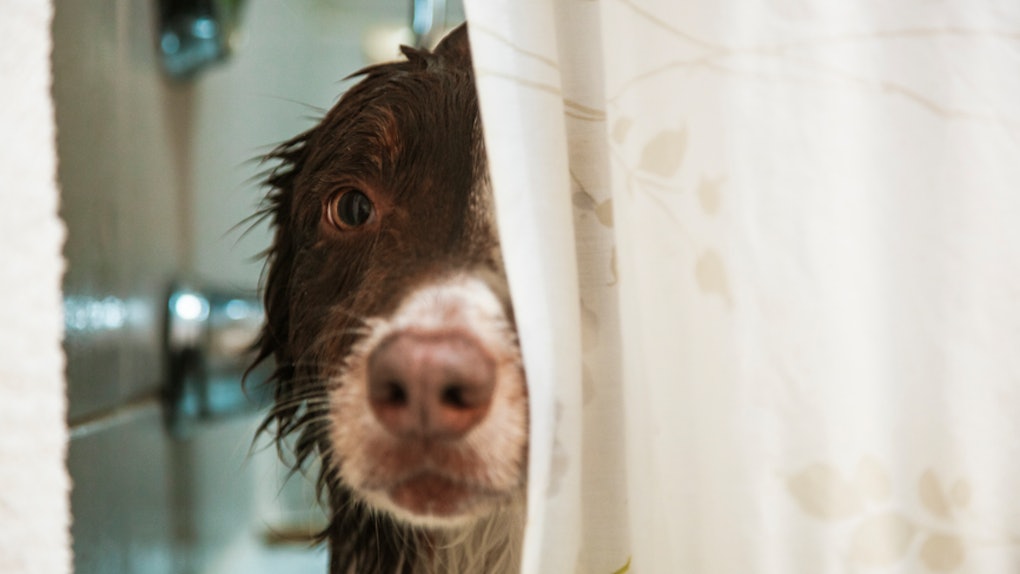 For many people, showering is the most sacred part of their day. If you're like many millennials, and you're sharing one bathroom with at least two (or more) roommates, it may feel like the only time you actually get to yourself is under that blessed showerhead. Besides, is there anything better in life than standing in your own personalized steam room? Well, as it turns out, your steam room might not be doing you any favors. In fact, there's apparently a whole slew of things you're doing wrong in the shower.

Yes, showering is trickier business than you might think. If you're taking a hot, 12-minute shower, you might be doing something wrong. If you've got a fancy new six-bladed razor, it may not be as good for your body as you think. Seriously, there's a whole world of moisturizing and skin-pampering that you're probably missing out on by making these shower "mistakes."

The good news? These "mistakes" can easily be corrected without having to run to the store to spend your whole paycheck on fancy products and lotions. With a few simple tweaks in your usual shower habits, you might just unlock the key to soft skin, luscious hair, and, at the very least, a cheaper water bill to pay.

Here are eight "mistakes" you've probably been making in the shower your entire life.

1. You Leave Your Loofah In The Shower

Your loofah may be a pretty color, but it's also harboring about a billion dead skin cells and potential bacteria.

Loofahs can be great for exfoliation (as long as you don't use them too roughly), but leaving them in the shower will cause them to stay eternally moist and become a perfect breeding ground for bacteria.

2. You Wash Your Hair Every Day

There's lots of debate over whether you should or shouldn't wash your hair every day, but the bottom line is that you should trust your instinct on this one.

If your hair feels oily all the time even when you wash it, you might be stripping it of natural oils by washing too frequently. Cutting back on shampooing and conditioning will prevent breakage and dry out, and it'll even help your budget a bit, too.

A nice long shower can do you a world of psychological good, but showering in hot water for too long can actually sap moisture from your skin.

Anything longer than 10 to 15 minutes will do more harm than good — not to mention you're using up a ton of water that could be used for other, more beneficial things in your community.

4. You Avoid Taking A Cold Shower Like It's The Plague

I know you probably don't want to hear this, but there really are some serious health benefits to showering in cold water. It's been shown to improve circulation and immunity, speed up muscle recovery, and even relieve stress and symptoms of depression.

Close your eyes, crank the knob all the way toward that dreaded blue C, and grin and bear it for a few minutes. Your body will thank you.

5. You Dry Off By Rubbing With A Towel

Drying off by rubbing a towel over your skin can cause irritation, strip away essential oils, and lead to overall dryness.

Instead, try patting yourself dry gently, like the glorious trophy you are.

6. You Have Five Or Six Blades On Your Razor

You know all those commercials going on and on about how the more blades you have, the closer your shave will be? Well, you might be getting too close of a shave for comfort if you buy into this idea.

Some say that a one- or two-blade razor is as much as your body needs, and that five- or six-bladed razors are serious overkill.

If you refuse to go back to the dark ages of a single-bladed razor (because that's basically a knife, if you think about it), come to a compromise and try three blades. It won't kill you, I promise.

7. You Don't Apply Lotion After Getting Out Of The Shower

Your pores are most open to receiving moisture as soon as you step out of the shower, which is why it's important to immediately apply lotion after getting out. This allows the moisture to lock into your pores before they have a chance to close up, and it'll make sure your skin maintains that moisture long after the fact.

8. You're Washing Your Face In The Shower

If you're washing your face in the blasting heat of your shower, you might be stripping your face of essential oils. The right way to wash your face, according to Korean beauty maven Charlotte Cho, is to cleanse gently with lukewarm water over the sink.