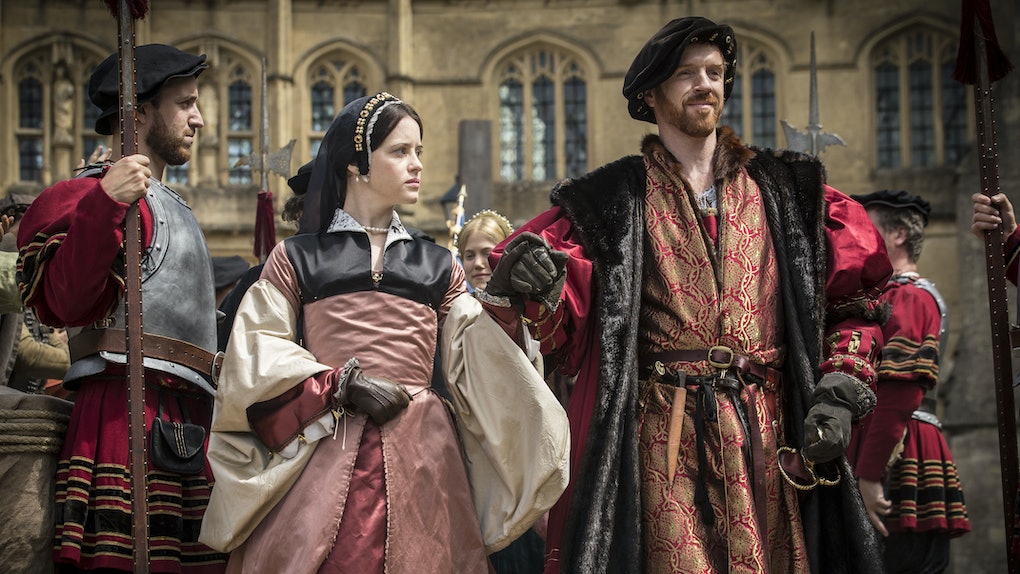 The long, slow wait for Game of Thrones final season drags on, with production still pushing through the mid stages of filming, and no premiere date in sight other than "2019." So, what is a Westeros fan to do while they wait? Thankfully, there are plenty of shows like Game Of Thrones that are out there, though none quite so big or so fantastical. Many are shows that were spawned by Thrones' success, but a few are forerunners. So, let's run down some of the best options to waste away the binge-watching hours with until we have a premiere date.

Before getting into this list, there is one show left off this list because it hasn't actually come out yet. For those who are looking for George R.R. Martin adaptations, SyFy is in the middle of filming Nightflyers, based on Martin's 1980 novella. Though there is not a premiere date for this yet either, it's been generally assumed the show will arrive next fall, a good four-to-six months before Game of Thrones comes back. Martin himself is not involved directly in the production due to his HBO contract, but that doesn't mean he won't be excitedly announcing when it premieres. Fans, keep your eyes peeled.

As for shows that can be binged starting right away, here are eight series every Thrones fans should check out.

These are really two shows in one. The White Queen was a one-season BBC series in 2013 and The White Princess is the sequel. Both are based on the Philippa Gregory historical novels, set during the War of the Roses (the fight between the Lancasters and the Yorks for the British Throne), which is the historical period Game of Thrones is loosely based on.

Before Game of Thrones came along, there was Showtime's take on King Henry VIII. Starring Natalie Dormer as a proto-Margaery Tyrell in the role of Anne Boleyn, this not-exactly-historically-accurate but very sexy and violent take on history would satisfy any Game of Thrones fans' needs.

On the flip side of the coin from The Tudors is Wolf Hall, the BBC production focusing down on just the Anne Boleyn part of the tale. This miniseries is historically accurate down to the fact that every character desperately needs their hair washed. Starring Claire Foy (The Crown) as Anne and Mark Rylance (Dunkirk) as Thomas Cromwell, it also boasts Thrones alumni including Harry Lloyd (Viscerys) as Harry Percy and Anton Lesser (Qyburn) as Thomas More.

The feminist answer to Game of Thrones, this time-traveling romantic fantasy series is set by turns in the 18th century in Scotland, King Louis XV's court in France, and the 1940s and 1960s in America. It also gives a major role to Tobias Menzies, who Thrones fans know as Edmure Tully.

The Borgias was Showtime's answer to Game of Thrones, released in 2011, but sadly canceled only two seasons later. Set in the 16th century in Italy, it is a historical fiction based on the true life story of the Borgia family, the rich and influential family of Pope Alexander VI.

Imagine if the Greyjoys had their own show. That would be Vikings, the surprisingly long-lasting series over on The History Channel. The show is a historical fiction based on the life and times of Danish/Swedish Viking hero Ragnar Lothbrok, who lived in the 9th century. Extra points for having strong female characters who aren't afraid to swing a sword and fight alongside their men.

I've always thought of Neil Gaiman's American Gods as the UK's answer to Game of Thrones. The latter is an American writer's fantasy of UK history, the former is a UK writer's fantasy of American history. The first season is a visual stunner and an easy watch at just eight episodes.

Finally, before there was Game of Thrones, there was Rome. When it was produced in 2008, it was HBO's most expensive historical fiction to date. While the subject matter (the fall of Julius Caesar and the rise of the Roman Empire) are very different from Thrones, one can see all the hallmarks of production that HBO would carry over to Westeros.