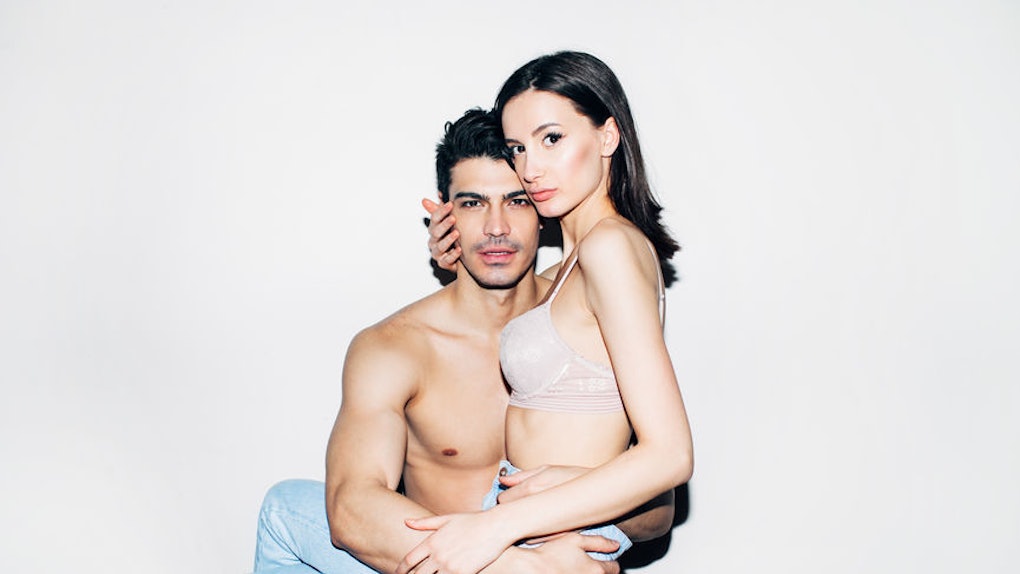 Cheating on your partner is totally not cool. It's a betrayal of trust and usually results in the end of a relationship. But are there any upsides to stepping out on a partner? Is there a way to put a positive spin on it? Well, the one thing that might be considered a silver lining is that it can be a real learning experience. And if the lessons people learned after cheating on their partners helped them become better partners and people in the future, well, that's a good thing, right?

OK, maybe it's a stretch to call it a "good thing," but the reality is that sometimes, people cheat. People you like, people you love, maybe even you — or even me. I've cheated in the past and I definitely walked away from the situation having learned some tough life lessons about the grass not being greener, especially if you do love your partner. So, treating cheating as a life lesson to apply to your future can actually be a net positive — eventually. And it turns out I am far from being alone. In a recent thread, Redditors who have cheated were asked what they learned from their experiences of being unfaithful to a partner. Their answers were, well... they were illuminating, to say the least. Here's what they had to say.

It wasn’t worth it.

In retrospect, it wasn't worth it. The fleeting high is not worth casting aside the development of your existing relationship. If you are unhappy, work it out, try relationship counseling. While life is too short to spend with the wrong person, it's far shorter to spend jeopardizing relationships with the right ones.

I cheated on my boyfriend, whom I loved very much. We had been in a long distance relationship for two years, and I hooked up with another guy (just makeout really, no sex) a couple years ago. I definitely regret doing it. The amount of pain I caused my ex was horrible and it was just a miserable experience for both of us. If I could pick a moment in my life to redo, that would be it. It's definitely something I would never consider doing again.

Well, I cheated with, and I definitely learned a valuable lesson. I didn't know what was happening when I started dating this guy, but he came clean (after a lot of prodding from me) a few weeks into our relationship, when his so-called "ex" wouldn't stop texting and calling him. He gave me a million excuses, saying that she was crazy and he was "scared to break up with her". Of course I was royally pissed. He begged me to stay, and said he would "prove his loyalty to me" by "officially ending the relationship". I was still in the honeymoon phase of our relationship and extremely infatuated with this guy, so I ignored the alarm bells ringing in my head and forgave him.

What did I learn? You guessed it! If they'll cheat with you, they'll cheat on you. A year into our relationship, he started messing around with a co-worker. Suddenly, I became the "crazy ex" that was always texting and calling, until he broke up with me via text.

Just break up instead.

I've learned that breaking up with someone a million times better and easier for both parties then staying in a relationship that isn't working.

I learned that by the time I start seriously considering cheating, the relationship is already over. The only way I could rationalize it was that I knew I wouldn't end up marrying the guy. I knew we would break up eventually. So I wasn't worried about ruining things, or carrying the lie forever. I should have just broken up with him instead of cheating.

I cheated on my wife when i worked undercover for over a year, it was difficult telling her after I separated with her and didn't tell her why other than we had issues. It was me with the issues, I eventually became engaged with the other woman who I met undercover (she didn't know the real me until ten minutes before I proposed) and did not not know she existed. I've have received help and had to deal with a dissociation mental disorder due to my time undercover.

Once you start it’s hard to stop.

Truthfully? I learned never to start it because it's a slippery slope. It gets easier and easier every time to rationalize what I'm doing. I also know that I shouldn't be in monogamous relationships, because I don't want just one person. I'll continue cheating even though I keep telling myself I'll stop once I get married. But I honestly can't see myself having a long marriage and not seeking sex outside of it.

My personal opinion on people who says "I didn't know what I was doing" is complete bullsh*t. I cheated once and I knew exactly what I was doing. I knew it was bad, I knew it was wrong and I knew that it would break my bf(at the time)'s heart. I still did it knowing what the consequences were because it felt GOOD, and I didn't care. It felt good to feel that new excitement you get when you're meeting/touching someone you've never experienced before. Then, I learned. The whole exciting, heart-pumping moment doesn't last long and the consequence/guilt trip that follow isn't worth it. I felt so horrible that I became that type of person and confessed.

If I was cold hearted enough not to feel the guilt trip, I'd 10/10 cheat again.

Ultimately, I think the lesson here is: Cheating is a bummer, and it always has been. Even the folks who only partially regret it (or don't regret it at all — I'm looking at you I_AM_THE_KRAKEN_AMA), agree it doesn't make you happier in the long run. So maybe, you know, just don't.