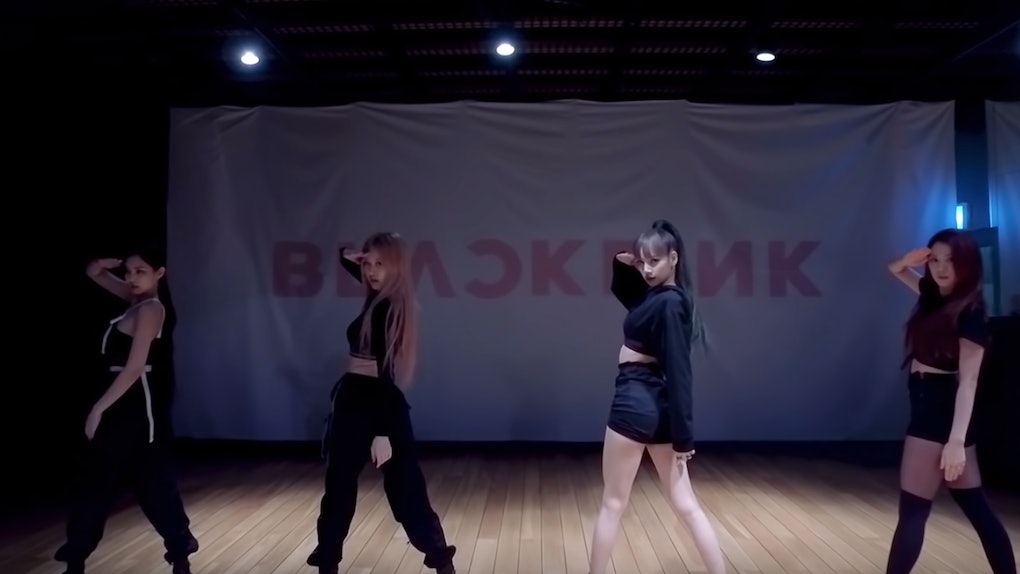 Every year brings a new hit app that captures everyone's attention. In the wake of Vine (RIP), Snapchat, and other must-use platforms of the past few years, TikTok arose as the undisputed champ of 2019 — and what really helped make the short-form video app so iconic was all the dancing. TikTok's "dance challenges," which feature everyone from high schoolers to grandparents doing the same choreography to the same catchy song, are pretty much inescapable... and super fun to watch. If you want in on the action, you're in luck, because there are countless TikTok dance tutorials from 2019 that will teach you how to pull off all the coolest moves.

While comedy videos and memes are definitely a big part of TikTok, music is really what's at the heart of the app. The predecessor of today's TikTok was Musical.ly, which was a hugely popular app of its own, attracting hundreds of millions of lip-syncers before the app was bought out at the end of 2017. That was just months after Vine had also shut down, so there was a perfect opportunity for TikTok to combine the beloved elements of both apps and emerge to become the hottest platform of the moment.

Trending TikTok dances make up many of the most popular videos on the app, as users latch onto a certain song and recreate a standout piece of choreography, whether it's particularly fierce, laugh-out-loud funny, or straight-up bizarre. Here are some of the best dance challenges to come from TikTok in 2019, along with tutorials that show how you can recreate them:

The K-pop girl group Blackpink dominated the music world when they released the single "Kill This Love" in 2019, and the music video's choreography immediately inspired tons of TikTok users. In fact, dance videos set to "Kill This Love" were some of the most popular TikToks of that year.

And who better to give a tutorial on the dance than the women of Blackpink themselves? The group released a rehearsal video that shows exactly how to perfect the moves.

There's also a step-by-step guide for those who need a bit more of an explanation:

TikTok produced a bona fide celebrity earlier this year when Lil Nas X went from an unknown musician to a chart-topping artist thanks to the app's users' love for "Old Town Road." And it looks like Blanco Brown may be following in Lil Nas X’s footsteps. Brown's country-rap single "The Git Up" exploded after a TikTok user danced to it in a classroom, sparking tons of other users to join in on the fun.

The dance went viral, and soon everyone was posting their own attempts at the moves. Thankfully, there is a helpful tutorial on YouTube for fans to learn the steps to this hit dance.

This was one of the biggest dance challenges on TikTok over the summer of 2019. The craze kicked off when user @BamTheDancer posted a "new dance alert" showing off some moves to the song "Dip & Lean" by YBK ft. Astreaux Guillotine. Tons of TikTok users took the challenge and recreated the dance.

To help people get the "Dip & Lean" dance down, the original dancer, whose name is listed as Brandon "Bam" Morales on his YouTube channel, shared a longer video of the dance moves.

Arguably one of the funniest (and most seriously confusing) TikToks ever features of a young woman crying while dancing to the throwback song "Obsessed" by Mariah Carey.

The video became so popular that pretty much everyone began recreating it on TikTok... including an entire high school class.

The dance became so big, Carey herself took to TikTok to respond to it, and even gave the dance a try.

While MiMi may not have perfected the routine, you can with help from this YouTube tutorial video:

Daddy Yankee was clearly well aware of the power of TikTok when he released his single "Con Calma" at the beginning of 2019. After putting out a dance-based music video for the song, the rapper posted a challenge on TikTok for users of the app to try to recreate his dance moves. Of course, tons of fans took Daddy Yankee up on his challenge and began posting their "Con Calma" dances.

To help everyone get the moves down just right, the "Con Calma" music video choreographer Greg Chapkis posted a full tutorial on how to do the dance. Follow this, and I can guarantee you'll want to make your own TikTok in no time.

Rapper K Camp's latest single "Lottery" majorly blew up on TikTok thanks to a viral dance, created by TikTok user Jalaiah Harmon, set to a part of the song that repeats the word "renegade." Even Bella Thorne got in on the craze.

This is a fairly complicated dance to master, as far as TikTok dances go, but luckily one of the top-trending videos that was in TikTok's "renegade" hashtag was a slowed-down tutorial.

While many TikTok dance challenges spring up from current hits, one of the most popular ones on the app was actually set to a song released over 20 years ago. Toward the end of 2019, a user recorded a bizarre dance to the 1996 Andrew Gold song "Spooky Scary Skeletons," and it went viral. The video got millions of likes, and tons of TikTok users recreated the dance in honor of spooky season, though the song seems to be a perennially popular bop on the app.

You can get in on the fun too with this YouTube tutorial on the festive dance.

These are just a sampling of all the big dance trends to come from TikTok in 2019 — and if it's possible, it seems like 2020 has even more choreography to learn. If you haven't already downloaded TikTok, then now would definitely be the time to do it, because there's a lot of dancing to do.

This article was originally published on Dec. 2, 2019

More like this
21 Taylor Swift's 'Fearless' Lyrics For Throwback Pics That Belong On The 'Gram
By Rachel Chapman
Here's How To Get Taylor Swift's "Fifteen" Snapchat Lens For A 'Fearless' Preview
By Cianna Garrison
What Is The "Waking Up In The Morning" TikTok Song? There's A Wild 'Real Housewives' Connection
By Lara Walsh
Stay up to date