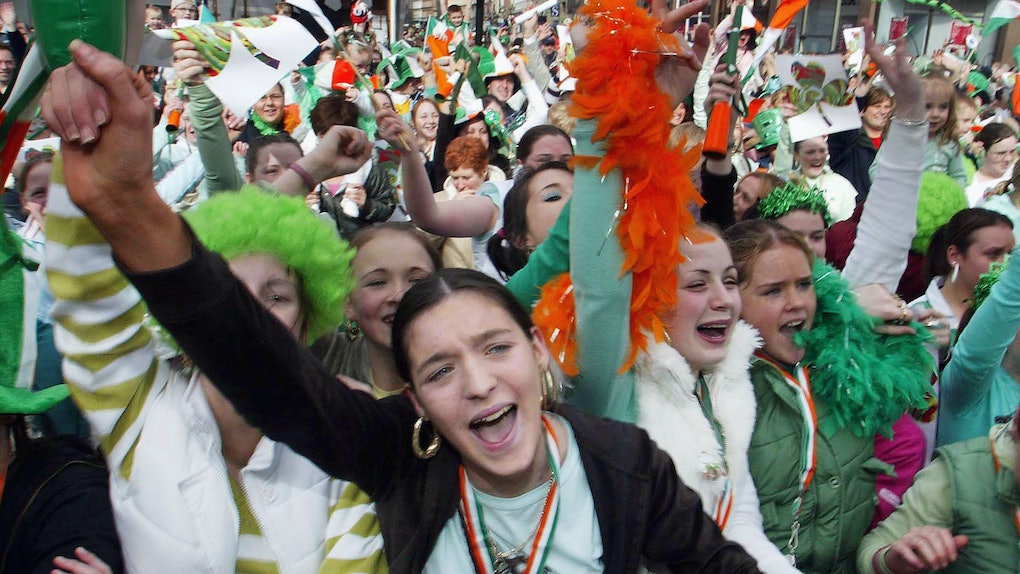 7 St. Patrick's Day Memes To Get The Party Started

These days, holidays really never go untouched by the hilarity of memes. Memes are the comic relief that has been blessing the Internet for awhile now, and no one intends on giving it back to wherever it came from. With St. Patrick's Day right around the corner on Mar. 17, it's almost inevitable to anticipate green-influenced and pun-filled memes. Those St. Patrick's Day memes will never get old, and even if you've seen them during the holiday in the past years, they will still crack you up.

Memes really influence how we see, interpret, and make light of the world around us, and we are laughing all the way through them. Life is too short not to have a few laughs. Because of all of the occurrences that happen on and leading up to St. Patrick's Day, you can expect a plethora of depictions in memes. Some you can totally relate to, and others you're probably wondering, how the heck did someone think of something this funny?

Either way, we are so here for the way memes can make us laugh beyond compare. No one is safe from this hilarity, and these memes just allow everyone to loosen up and not take everything so seriously. You'll only be pitching yourself St. Patrick's Day after viewing these memes, because you'll be trying to understand how you landed in a dreamlike state of uncontrollable laughter. So sit back with your green beer and enjoy!

1. Memes Come To Life When They're Drenched In Sarcasm

Yeah, everyone likes to rock their green from head-to-toe on St. Pat's, regardless of whether or not they're Irish. Think about it — how many times did they tell you to wear green in elementary school so you wouldn't get pinched? So, why not join in on the fun?

2. When The Calendar Has Some Explaining TO Do

While drinking and partying isn't what St. Patrick's Day is all about, it's certainly a day when people 21 and up hit the bar scene. If you gave up those things during Lent, it might seem tormenting to turn down plans. No worries, you can enjoy looking at ridiculous memes until next year when you give up something different.

3. The Aftermath Struggle, Though

In any scenario where partying is the intention, it is very rare that you come out looking the same way you did when you came in. Whether someone spilled their green beer all over you, or you spilled it on them, everyone is bound to look like a totally different person after celebrating. It's a darn good time, though.

The green beer pics are bound to show up on all of your social media feeds. Every single year they make an appearance, because people never get tired of snapping pics of it. It's basic, Anything that's green works like a charm.

Everyone has had that one professor and class that could care less about any college shenanigans you want to partake in. You have a test or midterm after a party holiday? You better be there, because your professor will be waiting for you, no excuses.

6. When Grumpy Cat Joins In For The Festivities

Do memes really even exist without the appearance of the Grumpy Cat? For having one hilarious facial expression, this cat has seemingly touched on every meme category there is. Whoever's cat this is, needs to get this kitty signed with an agent, like yesterday.

7. Time For Shamrocks And Shenanigans

I'm not sure when these little old school comic-like memes surfaced, but they are everything. The way people interpret the character's body language usually points to Internet gold. Memes have literally made these little comic characters say and do whatever they want to.

St. Patrick's Day memes are changing every year, but the funny undertones remain the same. You'd be lucky to be able to scroll through these viral babies all day if you could.