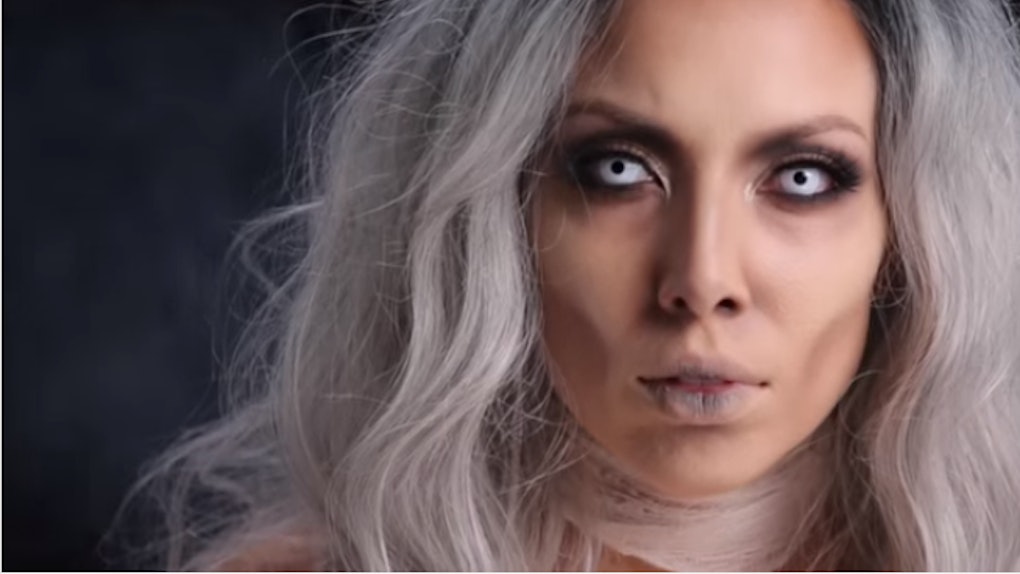 Well, it's time to wrap it up... your entire body, that is. The mummy has returned, and I don't mean as some movie sequel. It's that time of year again where dressing up as a sexy mummy can ultimately be the start of a festively spooky night. Coming up with a list of sexy mummy costume ideas might not come first to mind, but the look is a great combo of enticing and memorable.

Mummies really aren't that scary, so it's easy to transform your costume into something sexy and fierce for Halloween. As long as you aren't intimidated by some heavy duty wrapping, you're on the right track. There isn't one way to be a mummy, so be sure to make it your own. It's certainly a time to be creative and unique in the spotlight.

A sexy mummy costume will have everyone crawling out of their crypt just to get a glimpse of what you've brought to life. Who knew that depicting something that's dead could practically be the life of the party? It's pretty funny how things work out. Anyway, don't get too set on the laying around mannerism of a typical mummy, because you've got your work cut out for you. These ladies may have been all wrapped up, but we are here for the way they slayed these mummy costumes.

1. Wrapped Up And Fierce

This mummy is elegant and fierce at the same time. Are you technically even classified as the returning undead if you look this gorgeous? Regardless, you can afford to skimp out on some of the wrapping as this mummy. Don't forget to give some TLC to that one eye showing. A smokey eye tutorial may be in order, in addition to a bold lip color.

2. From Crypt To Contour

Mummies are supposed to be dead, which is something you can certainly play with in your makeup choices. Light, powdery colors can still make you glow with gorgeousness, but seem cryptic and not-so-alive at the same time. A smokey pastel-colored dye for your hair would be a good addition to the mummy look as well.

3. Mummies Can Be Glamorous

Even if you happen to be all wrapped up, your eyes can speak volumes. This shade of dark lips needs to be in everyone's makeup bag so that we can wear it any day of the year. For now, play around with dark and light colors — whatever it takes to seemingly bring your mummy costume to life.

This is basically like the chic look for mummies. I'm not sure how you would go to the bathroom in something like this, but hey, you'll look amazing. There's just something about a bodysuit that women almost inevitable slay in all of the time. It's very sleek and will certainly make a statement.

OK, that one eye is super pretty and spooky at the same time. It will be hard for people not to stare at you and wonder if you're actually looking back at them with both of your eyes. Can we also applaud that braided ponytail, too? This hairstyle is a very good idea if you want to do something with your extra wrapping. Since you'll already have so much going on with your face makeup, you don't want you hair to get in the way.

Wow, makeup can certainly bring out the best in your mummy costume. If there was a pageant for mummies, this look would surely take the gold. Who new mummies could have such amazing bone structures with a little extra flick from your makeup brush? Whatever tomb she crawled out of, we do not want her going back in.

Anything you can make into a dress or purchase as a dress is usually easy to put on. You also won't have any bathroom struggles to embarrassingly talk about later. No one likes those kind of struggles. A mummy dress is the right fit for you if you still intend to dance around with nothing holding you back.

Being a sexy mummy this Halloween is a great opportunity to unwrap some fun, no matter what festivities you participate in.