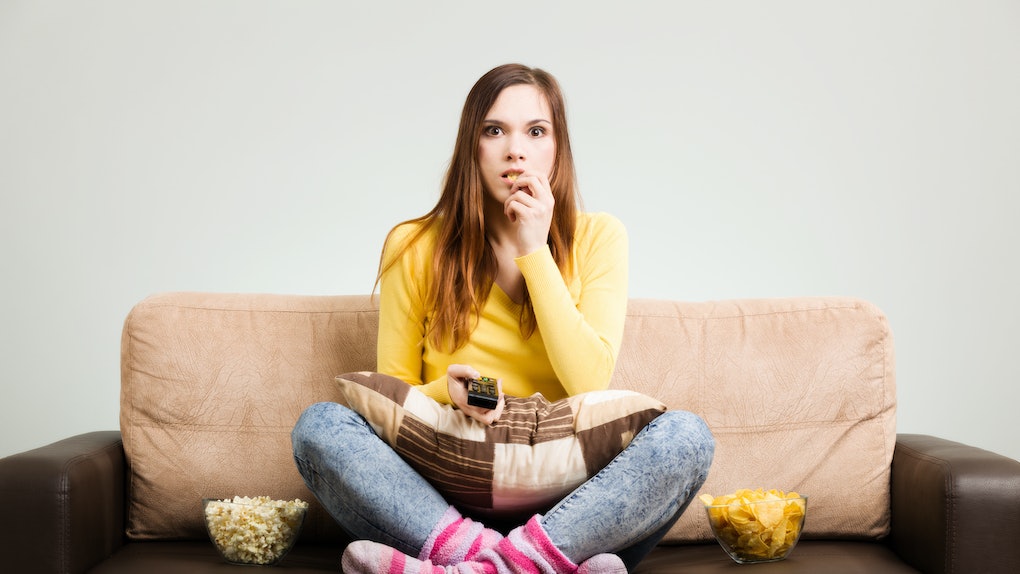 When is comes to dramatic shows, Grey's Anatomy takes the whole damn cake on giving us all the feels. Why do we love those shows that shove devastation, twists, and turns, into our lives? Well, it doesn't stop at Meredith Grey and Cristina Yang, because dramatic shows on Netflix are just waiting for you to stream and laugh and cry over at the same time.

The reason dramatic shows tug our heartstrings is mostly because we fall head over heels in love with the characters. For example, the idea of having "your person" from Grey's Anatomy still gives us the chills and makes us want to hug our best friends for an eternity. The writers for these shows must take a special course on how to make us feel so involved in these shows that we are so empathetic and in tuned with every single thing that goes on.

Seriously, these shows drive us crazy, and we never leave feeling the same way after watching each episode. They're that influential in our lives — maybe even more than we like to admit. So, if you're ready to saddle up for another ride of sobbing and uncontrollable laughter, check out other dramatic shows on Netflix that are worth watching, like right now.

When two brothers start working in the Hamptons, you'd be surprised what sort of scenarios they get themselves into. Clearly, the rich aren't invincible to crazy coincidences. Mansion calls? No problem. The elite are willing to pay big bucks for a doctor who makes house visits, and you never know what's in store once those doors are opened.

Let me first say that this show will seriously destroy you emotionally and you may even have to call in sick to work. You get so attached to the characters who are fighting through a zombie apocalypse. Clans are formed, and sooner or later you realize that the walkers aren't the real monsters... some of the people and their ways are.

Doctors don't get enough credit for the things they have to deal with on the regular. Any night shift in any profession will always give you a different view of how things actually are. Also, many shows involving hospitals get us super emotional because nine times out of 10, they're treating people in instances that we could see ourselves in.

Alright, get ready for the rough, reckless, and funny as hell. We never really get the point of view of ladies in prison, and this storyline is sure to keep you hooked on those orange jumpsuits until the end. So many different personalities in one place, you're bound to be incredibly entertained.

Tissues on deck. This show is from a book, which I am happy I didn't read, because all of the pages would have been soaked in my tears. From one episode to the next, you're trying to piece together a puzzle that illustrates the events that lead up to the heartbreaking death of a teenager.

Technology is the very thing we live and breathe from the second we wake up until we fall asleep. You'd think we'd get the picture from all of the movies and shows, that technology is sooner or later going to outgrow us and take on a mind of its own. Until then, watch this show and let the paranoia settle in.

Therapists are supposed to help us, but what happens when one of them takes that help and redefines it? There's a level that's not supposed to be reached between a patient and a therapist, but all borders are crossed with this show. What do you do when the very person you spill all of the details of your life to, physically places themselves in all of your vulnerabilities and urges?

Dramatic shows are just that — drama. Netflix simply makes it easier for us to find and watch them.