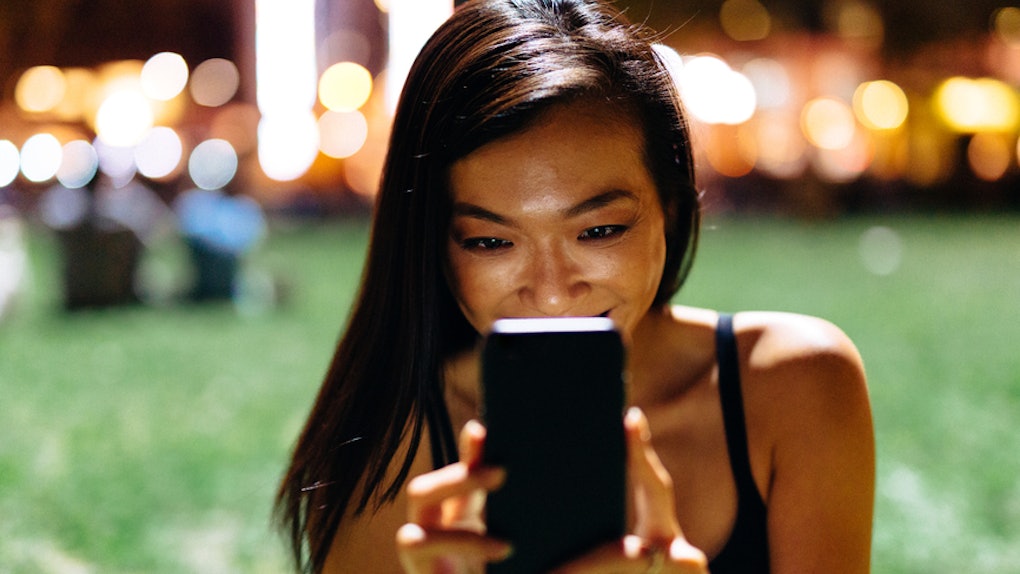 There’s nothing quite as effective at bringing out my inner troll than when a creeper asks me for nudes. Like, really homie? We've been texting for five minutes and you think I'm gonna bust it open for you? Umm no, that's gross. It's at this moment that all potential for this connection dies. I could be bummed, or instead I can have some fun with it. Which is why I came up with texts to send a guy when they think it's a great idea to ask me for nudes.

Listen, if you're gonna ask for naked pics from a total stranger, you are basically begging to get trolled. There's no reason someone’s bad manners can’t mean fun times for you. It's not like there hasn’t been a million articles about why we don’t want unsolicited dick pics or why we're sick of the constant cat calls, and what is demanding nudes from someone you just met but a virtual catcall, right? And if they keep pushing for pics after you say no, oh hell no. At that point, trolling is totally fair game.

Here's what I send when the person I'm texting with suddenly thinks they are a little too cute and I want to shut it down — with some flair.

If they ask for nudes, give them what they asked for: nudes, literally. And by that, I mean nude shades. It can be just pics of the color nude, paint chips, or lipsticks. My preference, however, is something in the Urban Decay Naked family, because it also works for “naked pics.” Twice the trolling with half the effort.

Hey, if they want to see some naked skin, oblige them — and then some. Find the most explicit sphynx cat pic and send it their way. This is especially effective for any fool that thinks you should send them a pussy pic. This pic is my personal (kind of?) NSFW go-to; feel free to borrow it.

3. Something Slimy For Someone Slimy

Strangers demanding naked pics are creepy, so return the favor with an appropriately creepy reply. I also recommend spicing it up with a well-timed "dis is you" next to the creepiest newt, you know, just to let them know what you really think of their unsolicited demand for nudity.

For the classiest of burns, nothing beats some fine art. They want to see naked bodies? Send them some to appreciate. If they are gonna demand to see your bod, the least they can do is discuss the finer points of the Rococo art movement. Or they just can eff off; that's a valid option, too.

Again, nothing burns hotter than an expertly deployed pun. And if they start crying about you blowing up their phone with Big Lebowski picks, tell them to do like The Dude and abide. Just like you have to abide dumbass requests for naked pics.

OK, this one is my very favorite reply. When they ask for nudes, give them an enthusiastic, "Yes! Coming right up." Then send them a loading GIF. When they say it doesn't work, send another... and then another... and then another. Repeat until they give up in frustration or you get bored. If they try again later, hook 'em up with another GIF. Oh, and if you really want to make it painful, ask them exactly what they want in the pic, tell them nothing is off limits.

Is there some part of you now that just can't wait for that next creeper to ask for pics? Yeah, me too. Have a better response for folks asking for nudes? Leave them in the comments below!