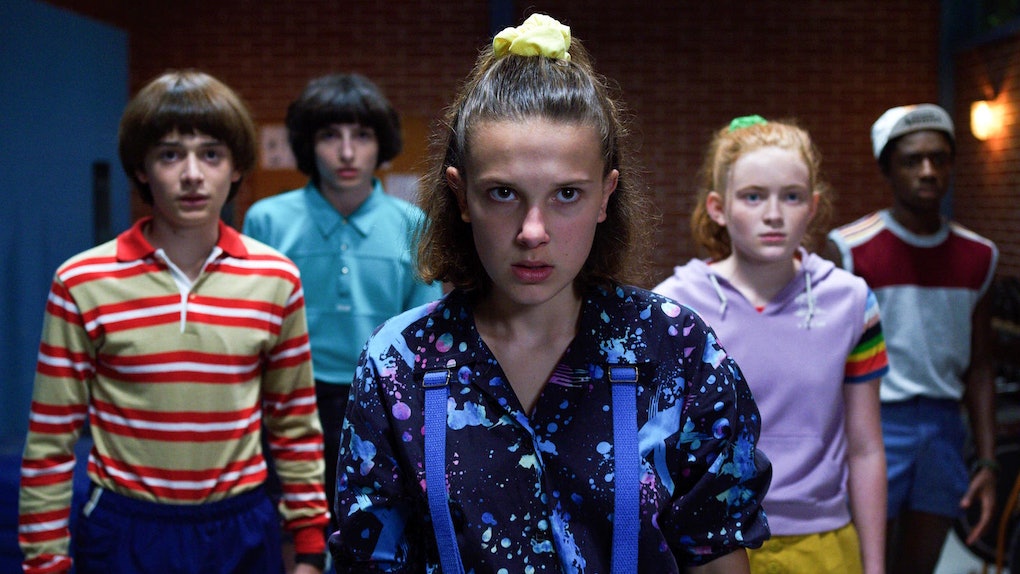 Back in 2016, an experimental homage to '80s movies became an instant hit television series when Stranger Things first premiered. Now, the retro sci-fi show has made the '80s cool again for a whole new generation, and it has become emblematic of the modern popularity in youth-oriented science fiction. The only downside is that fans can binge through all the episodes of Stranger Things pretty quickly, so you will need something else to watch when you're done. Thankfully, there are plenty of teen sci-fi shows like Stranger Things that fans of the show can dive into next.

Just like Stranger Things, Marvel's Hulu series centers on a group of misfit kids who discover unexpected powers, uncover a massive conspiracy, and face off against alien monsters. The superhero series is adapted from the Marvel Comics team, who get their name from making the alarming discovery that their parents have all been working for a secret, evil organization and running away from home to get away from them. It is the perfect show for everyone who loves Stranger Things because of the underdogs coming together to take down an evil organization and mysterious creatures.

Before Stranger Things gave us the mysterious girl Eleven, ABC Family introduced their own strange, amnesiac child with an unknown past in Kyle XY. Much like Eleven, Kyle is distinctly aware of the fact that he does not fit in with everyone else, and has to go on a journey to try to figure out what his true story is.

One of the most sprawling teen sci-fi shows airing right now is The 100, which follows a group of teenagers who have to try to survive on a post-apocalyptic Earth. Immediately, survival becomes a lot more difficult than just finding food and water, as the group encounters other tribes that have also built their own societies on the planet. It is a great choice for Stranger Things who love the action and sci-fi mystery of the show, plus it is streaming on Netflix.

Netflix's latest teen hit is similar to The 100 in that it also centers on a group of teenagers forced to create their own society, but without the post-apocalyptic war vibes. Instead, the high school students in the small town of West Ham mysteriously find all of the adults and young kids missing one day, and quickly discover that keeping order is not very easy.

When talking about teen sci-fi shows, it is impossible not to bring up Buffy the Vampire Slayer, and it also happens to be a great option for anyone who loves Stranger Things. Buffy is a powerful woman with paranormal abilities she does not fully understand thrust upon her, much like Eleven, and she enlists her buddies to help her take down all sorts of monsters. The '90s hit is streaming on Hulu.

Stranger Things fans looking for a new style of show with the same teen sci-fi tone should check out the iconic anime series Neon Genesis Evangelion, which has coincidentally just been added to Netflix. The series centers on a group of teens who are tasked with piloting massive robots to defeat incredibly powerful creatures that mysteriously appear at random.