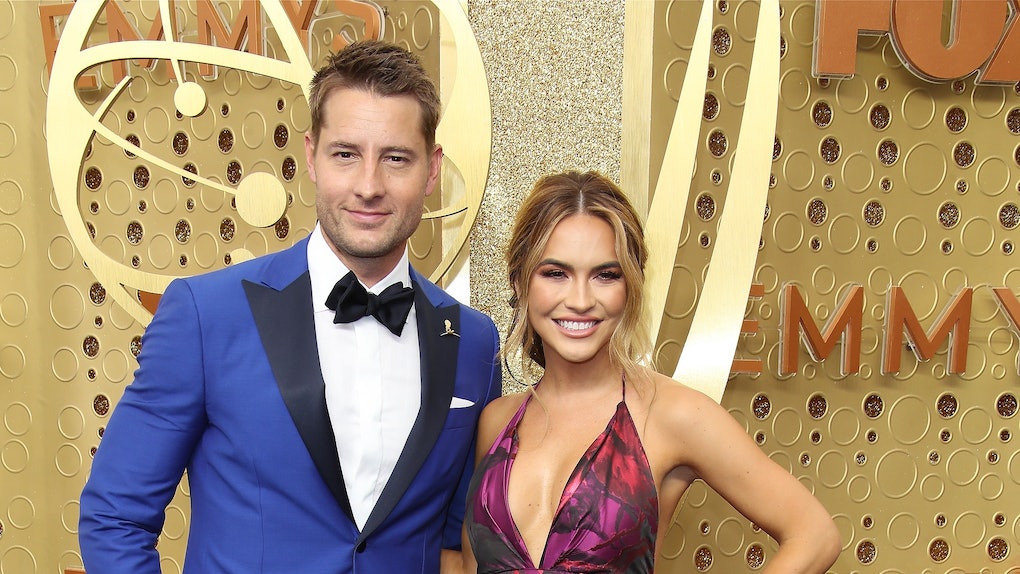 On Nov. 22, 2019, the shocking news Justin Hartley had filed for divorce from Chrishell Stause hit the internet. The pair had been together for six years, and as much as the news came as a surprise to fans, it was apparently more surprising for Stause herself. As with any marriage, Hartley and Stause's lives became so intertwined that their friend groups did the same, which no doubt makes things even more complicated. But usually, when it comes to Hollywood breakups, the couple's celebrity friends tend to remain quiet. That hasn't been the reality in Hartley and Stause's case, however. Many of Justin Hartley and Chrishell Stause's mutual friends have spoken about their split, and their statements are eye-opening.

For Stause's part, she's been open about her feelings on the divorce on Selling Sunset's third season. “I found out because he texted me that we were filed," Stause shared in a confessional. "Forty-five minutes later, the world knew... Like, how could you do it this way?"

There was also no shortage of commentary from the rest of the Selling Sunset cast, most of whom had met Hartley and gotten a chance to know him.

When joining her co-stars for lunch in a Season 3 episode, Fitzgerald instantly took Stause's side in the divorce drama. "In my opinion, there's not two sides. The right side is Chrishell's side because she's our family and we support her," she said.

Speaking to Express, Stause's boss at Oppenheim Group spoke out on her divorce drama. Given that Stause is his employee, he took her side in the divorce, no questions asked.

“That was one of the most difficult times of her life and now she's forced to relive it, right. I can't imagine how difficult that is,” he said, before praising her handling of the situation. “Of course, [it's] all the more impressive that she is willing and able to put herself out there like that, knowing that she's gonna have to relive this. Not only on camera, not only when she watches it, but also when the press picks every little thing apart."

When Stause and Smith's co-worker Christine Quinn commented that Hartley went out of his way to be nice to her when she and Stause were not on good terms during a dinner on Selling Sunset, Smith noted that quality didn't exactly symbolize a supportive husband. "If I asked my man not to speak to somebody because I'm having issues with them, and then he goes out of his way to talk to them, that's not a good partner, that's an ass," she said in Season 3, Episode 7.

Potratz was skeptical Chrishell didn't see the divorce coming. "I have met Justin before. Justin was nothing but a gentleman to me. He was very warm and kind and polite," she explained during Season 3, Episode 7 of Selling Sunset. "Whether you didn't expect him to file for divorce that day, fair enough... but you knew things probably weren't going well."

Stause's Selling Sunset co-star Christine Quinn shared some controversial comments about the divorce both on and off the show. Despite working closely alongside Stause, she suggested Stause's claims she was blindsided by Hartley filing for divorce didn't seem realistic.

"We all just thought maybe they were having communication problems for a while... We heard that they were in therapy, so obviously there were some issues going on with them," she told Page Six in July 2020.

She also threw some shade Stause's way on the show during Season 3, Episode 7, standing up for Hartley in a dinner conversation about the divorce. "You guys really believe she was blindsided by this? I feel like Justin was a really solid, steady, predictable guy. He was really nice. I just think there's two sides to every story. Maybe they've been having problems for a while, and, you know, she just didn't think it would come down to this. You just never know what really happened."

Hartley shares a daughter, Isabella, with his ex-wife Lindsay. [Stause has opened up about how much she loves Isabella on Selling Sunset, but] Lindsay was quick to support Justin after his divorce.

Lindsay shared an Instagram post on Aug. 11 praising her ex for being solid. "In a day when social media should be used for positivity … an inspiration towards movement in an honest and deserving way, I’d like to join in, by highlighting my appreciation for my family," Lindsay wrote. "Today, I appreciate my ex-husband Justin for not only being [an] exemplification of a solid man, but for being my dear friend and devoted father to our daughter. Simply put; for being family. We derive our own opinion of people by experiencing life and time together, and we do our best to hold dear the ones that maintain consistent kindness, love and generosity."

Separately, according to an Aug. 12 report from Us Weekly, Hartley’s friends are happy he and Stause called it quits (Hartley's team did not respond to Elite Daily's request for comment on the report).

“Justin’s friends are glad that Chrishell is no longer in his life and that he can move on,” an insider source said. “He is doing well right now, and while it’s been disappointing that he is being dragged into storylines on reality TV, he knew that he should expect this.” A separate source revealed, "There is more to the story than is being told.

More like this
Meghan Markle & Prince Harry's Beef With The British Tabloids, Explained
By Brandy Robidoux
Gottmik Has Already Made 'RuPaul’s Drag Race' History, Win Or Lose — EXCLUSIVE
By Jonathan Borge
8 Facts About Lisa Delcampo On 'The Circle,' AKA Lance Bass' Assistant
By Rachel Varina
Stay up to date