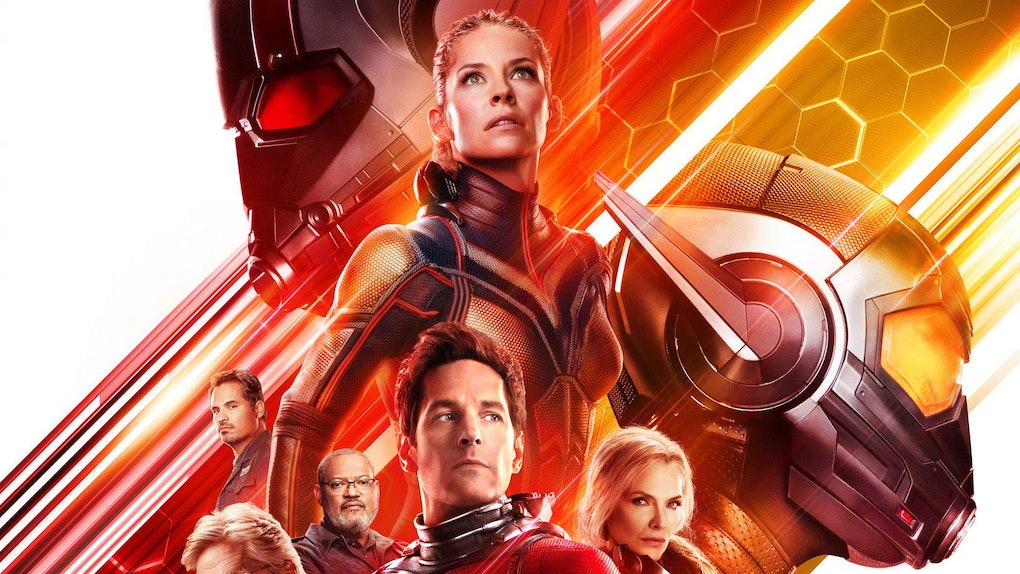 Hot on the heels of Avengers: Infinity War's box office conquest, Marvel is rushing out the trailer to their next film, Ant-Man and The Wasp. With so many fans semi-hysterical at Infinity War's ending, and frustrated that they have to wait a full year for it to be resolved, this is Marvel's best chance to get Ant-Man in a prime position to benefit from an audience hungry for any clues of how Infinity War's cliffhanger could be resolved. The trailer might even hold clues itself. Several details in the Ant-Man and The Wasp trailer point to a plot that may teach viewers useful things about time and space, and the manipulation of it.

When the original Ant-Man came out at the tail end of Phase II, it was not placed in the best spot. Avengers: Age of Ultron had been a frustrating film that hadn't handled the expanded pantheon of characters well. Audiences were beginning to complain louder about the endless parade of white male superheroes. There wasn't much sexy about a dude who shrank down to ant, he didn't seem the kind of character anyone would really like.

But Paul Rudd did a decent job with the material, and despite the bumpy production when director Edgar Wright quit before filming started, Ant-Man is ranked in the mid-pack of MCU films. Now the sequel is well placed to pull in all those fans they missed on the first pass.

Here are the major moments in the trailer you might have missed.

1. The Quantum Realm Is Coming

The Quantum Realm is a big deal now that fans have seen the events of Infinity War. Unlike here on Earth, in the Quantum Realm, time and space are thought to be irrelevant. That means one can use it to say, go back through time and undo certain things. Ant-Man has been here before (but only for a short time.) Now it looks like the film is taking another visit this year, in hopes of finding the original Wasp, Janet Van Dyne, who has been trapped there for decades.

Most fans probably thought Laurence Fishburne's new character Bill Foster said "Project Goliath," but it's actually an acronym, not unlike S.H.I.E.L.D. It's basically the opposite project of Ant-Man and shrinking down to a small size. It used Pym Particles in order to expand body mass. In the comics, Bill Foster reached 21 ft., and was known as "Goliath." Does this mean Fishbourne will be a superhero sidekick to our small friends?

3. The New Villain Is Ghost

Marvel has had issues with allowing female villains, but their newfound gender equality seems to have finally solved that. So much so, they actually gender-flipped this character to be female. The character of Ghost was originally an Iron Man villain. Fans never learned his real name. According to the little info given, Ghost's real name is Dawn.

4. Did We See The Original Wasp?

It was a quick flyby, but fans have convinced themselves this shot in the Quantum Realm where Wasp shoots by Ant-Man it's actually the original Wasp Janet, and not her daughter Hope. If so, we can hope that after all these years, Pym's wife is coming home. If she wants to that is.

I don't even. What? Look, I'm not fans of bugs nor and I a fan of drum kits, so please call me when this giant bug gets reshrunk down to size and the kit taken away.

6. When Is This Taking Place?

This is the $64,000 dollar question. As fans who have seen Infinity War know, the ending is, shall we say, very final. Once the events of that film occur, it's hard to imagine that any other adventure would be taking place without some mention of it, if not all other adventures being dropped in favor of figuring out how to fix it.

Captain Marvel is getting around the problem by being a 1990s period piece. Ant-Man and The Wasp, though, is obviously taking place post-Captain America: Civil War, and maybe even just prior to or concurrently with the events happening in Infinity War. I fully expect that the post-credit sequence will contain Ant-Man's own version of Infinity War's ending, leading him to link up with those left in Wakanda.