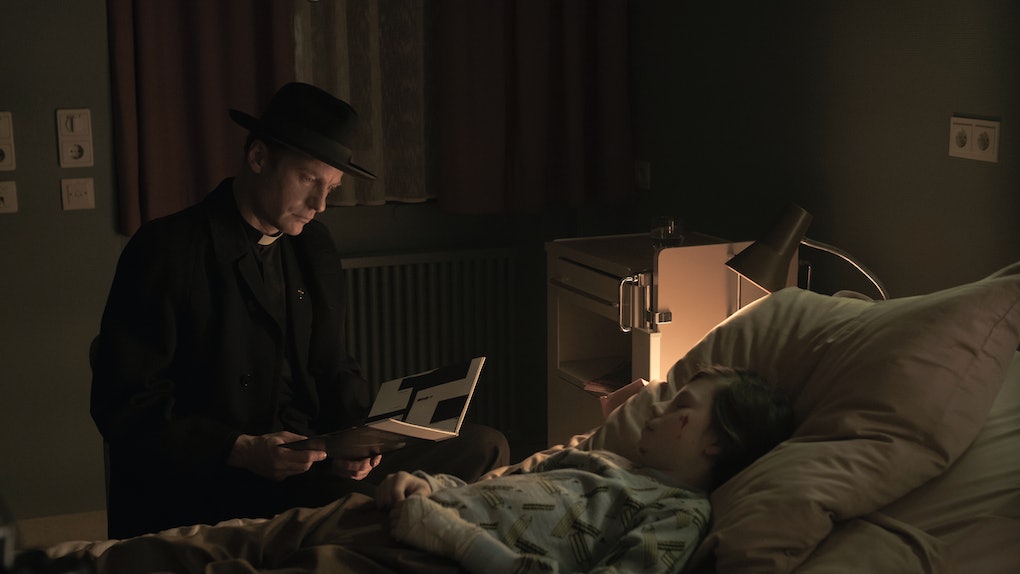 5 Theories About Netflix's 'Dark' Season 3 That Will Rock You

Ever since Netflix dropped Season 2 of the German science-fiction series Dark, fans have been wild for the third and final season. Conspiracy-minded viewers believed they knew when the last episodes would arrive: June 27, 2020, the date of the apocalypse. The hardcore fans thought the announcement would come on May 25, 33 days beforehand, since the show time-travels in 33-day increments. They were only off by a few hours; the trailer dropped first thing on May 26, 2020. These theories about Netflix's Dark Season 3 are only heightened by the show's premiere date being when everyone suspected it would be: June 27, 2020.

Dark started in 2017 as a mystery set in the near-future of 2019. In it, a rash of children's disappearances around the German town of Winden starts an investigation, but what viewers uncover is a complicated story of four estranged families and a sinister time travel conspiracy which spans three generations. Though the show is initially set in 2019, with the end of the world only a few months away, it quickly spreads to include stories from 1953 and 1986. But that's only the tip of the iceberg.

Going into the final season, fans have a lot of theories.

1. How Many Alternate Realities Are There?

Dark Season 2 ended on a humdinger of a twist. Martha, who had just been killed by Adam, walks in to comfort Jonas, who is grieving for her. Wait; what? Dark likes to jump around in time, but this was not an older Martha or a younger one. This was an exact-same-age Martha. As she tells Jonas, it's not "when" she's from, but rather "from what world."

If Martha is from an alternate reality, that opens up a whole new multiverse of possibilities. Dark is already complicated enough traveling through linear time. If it starts moving through different universes, fans are going to break their brains trying to follow.

2. 'Dark' Season 3 Will Visit The Future

As for the time travel, one remarkable thing is that so far, Dark only goes backward. This is mostly by necessity, of course. The apocalypse occurs on June 27, 2020, so back in time is where it's all happening. But fans have a feeling, with multiverses opening up the possibilities of timelines where there is a future, Dark's characters will start moving forward to see them.

As confusing as Dark can feel sometimes, viewers have come to the consensus that it's a story about the end of the world, and the beginning of the new. If so, humanity will need to start all over, and for that, it needs Genesis, Adam and Eve.

The question is, who are Adam and Eve? Up until her sudden death in this timeline, fans were convinced the answer to Eve was Martha with Jonas as her Adam. AlternaMartha might be the real answer. Let's hope Joans isn't picky.

4. Claudia & Noah Are Engaged In A Time War

And if there are two protagonists, an "Adam and Eve," then there must be corresponding antagonists. Fans believe the answer to that is Noah and Claudia. Noah has suggested as much, telling Bartosz Jonas is just a pawn in a larger game, and Claudia notably says if she had known what she knows now, she'd have made a lot of different choices along the way. The question is, what is the ultimate goal they are fighting over? Causing the apocalypse or stopping it?

5. Winden Will Be Erased

Dark Season 3 will be the "The Last Cycle," according to the series producers. That means the ending probably won't be open-ended. Even if the apocalypse is somehow averted, something will need to happen to keep it that way.

Viewers' best guess is that Widen, the center of all the trouble, will have to be obliterated from the timeline. It's not an ideal outcome, erasing an entire town. But sometimes, it's the best choice to make.