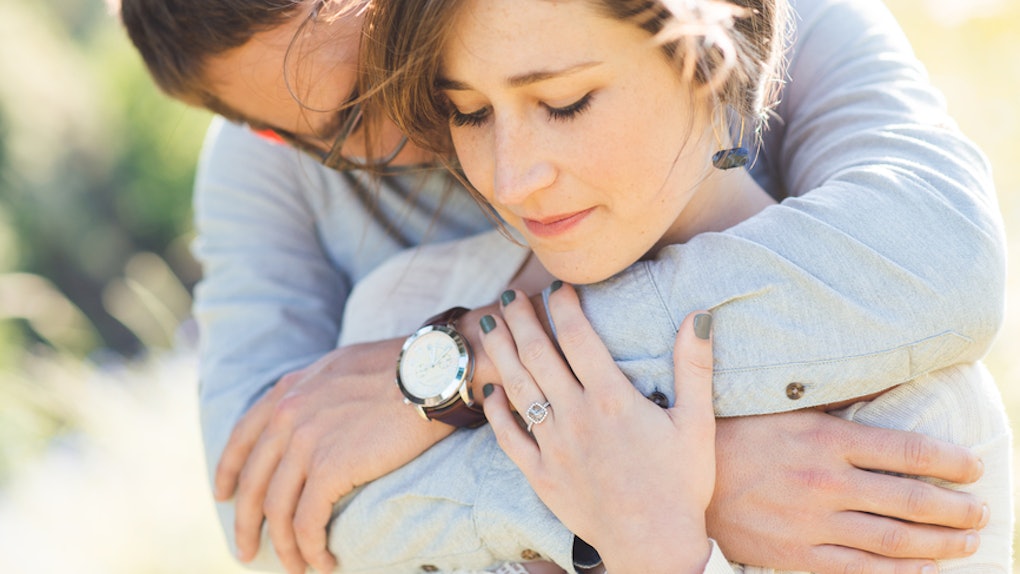 5 Signs Your Engagement Won't Work Out, According To A Professional Wedding Vow Writer

Those who work in the wedding-planning business see all kinds of engaged couples. These industry professionals have the opportunity to observe the best and most intimate moments between two people in love. Unfortunately, they are also privy to the many challenges of life in a committed relationship. When it comes to signs your engagement won't work out, sometimes your wedding planner, engagement photographer, or another expert involved in your wedding spots the red flags between you and your fiancé.

I spoke to Alexis Dent, founder of custom wedding vow service XO Juliet, about signs an engaged couple might be headed for trouble. While her insights are fascinating, it's important to understand that no two couples are exactly alike. These observations are simply one person's experiences. Dent says it best herself: "If there's one thing I've learned, it's that no two relationships are the same. I try not to judge couples, as I realize that no relationship is perfect. And we all know what people say about assumptions," she adds.

If you're having doubts about going through with your wedding, here are five signs that point to potential trouble. And in the event that you do decide to call off your engagement, it's nothing to be ashamed of — it's OK to put your own happiness first. It's easier to call off a wedding now than to call up a divorce attorney a year from now.

1. You're not in sync with your partner.

When it comes to planning your wedding, you and your fiancé should be on the same page. "If one member of the couple is uninterested in writing the vows at all, it can be a red flag that the couples aren't in sync," says Dent. "If one partner really cares about writing custom vows and sharing this special and unique moment, while the other couldn't care less, it can be indicative of a lack of compromise and compassion in a relationship." (That said, if they're excited to recite vows, just not into the idea of custom vows, that's a personal preference — that's no big deal.) Even if your partner isn't thrilled by flowers and invitations, if these things are important to you, they should try their best to share your excitement. If you can't even agree on a color palette for your wedding reception, how will you make much more important decisions as a married couple?

2. The two of you struggle to compromise.

Speaking of agreements, Dent says that couples who seem to disagree about every aspect of the wedding — and are unwilling to make concessions — may not be a good fit in the long run. "I've watched many couples bicker about the small details instead of focusing on the bigger picture," she says. "I always try to remind them that the wedding process itself can serve as a microcosm for the marriage as a whole. Having respect for one another, being able to compromise, and valuing things that your partner feels are important are all crucial in a relationship." Shared values are key when building a future together.

3. It's difficult to recall positive memories.

Dent shares a story about one groom who had trouble thinking of any positive experiences about his relationship when writing vows. "To me, this is more of a red flag than disinterest. At least if a partner isn't interested, that could be justified by a hopelessly carefree attitude or lacking emotional intelligence in that situation. But to not be able to recall any positive experiences off the tip of your tongue? That's not a good sign," says Dent. Recalling happy times can help serve as an anchor when things get tough over the course of a relationship. "If you can't think of beautiful memories as you embark on a new phase of your relationship, there's got to be a reason, and you should probably get to the root of it sooner rather than later," Dent adds.

4. You've been together forever.

You may think that couples who have only been together a short time and "rush into" an engagement are less likely to last, but Dent says that in her experience, it's actually the opposite. "Whenever I have seen a couple that has jumped into an 'early' engagement, they seem to be so certain about each other and know that they are the one. Oftentimes, the couples who have been together the longest are the ones who I've seen on the shakiest ground," she says. That's especially true if you're having doubts about the relationship or you've broken up and gotten back together before.

5. You let factors other than love influence your decision to get married.

Another experience Dent had involved an older couple who got engaged after three months of dating. "They were an older couple who wanted to have children as soon as possible, which was why I believe they rushed the engagement," she says. "Their courtship seemed more like a business arrangement than a romantic endeavor. In that case I would say to make sure that you are getting married for the right reasons. Do it because you want to spend the rest of your life with that person, and do not let outside influences — time, money, or anything else superficial — cloud your vision of marriage." The couple in question did go through with the ceremony, but unfortunately didn't even make it through six months of marriage.

When it comes to getting engaged, Dent stresses the importance of understanding one another's intentions before the wedding. "Marriage should not be taken lightly, and while no relationship is guaranteed to succeed, at least going into it with the mindset of longevity and love goes a long way," she says.