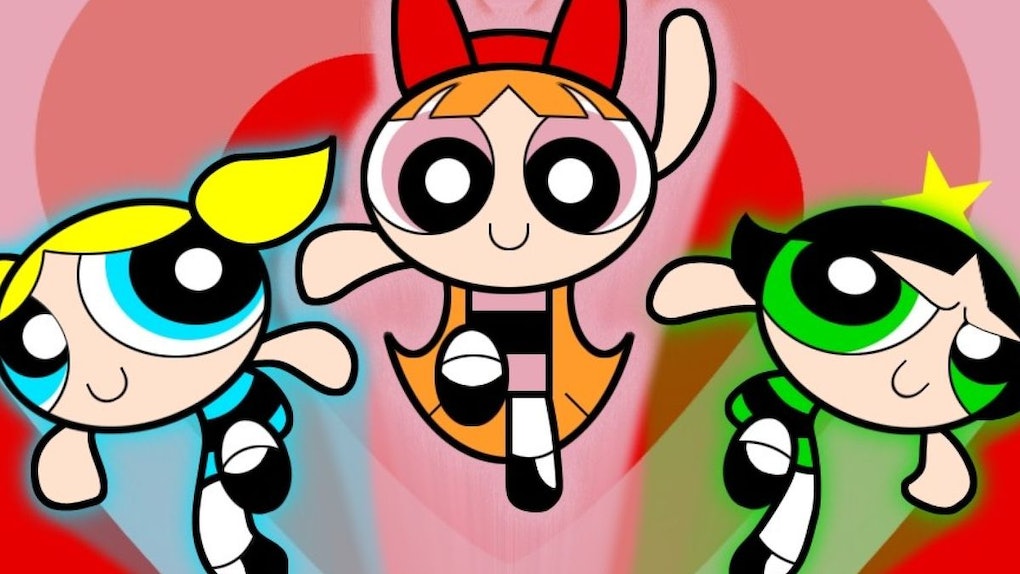 Before Adult Swim became the hit of Cartoon Network, there was one series that made the channel a household name: The Powerpuff Girls. An animated superhero series that called back to the 1960s heyday of animated shows like The Jetsons, The Powerpuff Girls was a story of three kindergarten-aged kids, Blossom, Bubbles, and Buttercup, who also happened to be the most powerful superheroes in the world. The series ran from 1998 to 2005, spawned movies and specials, and even had a reboot in 2016. Now, there's a Powerpuff Girls' live-action series in development over at The CW, and the details about it will get you so pumped.

The Powerpuff Girls' origin story is a pretty simple one. The kindly Professor Utonium was working one day in his lab, experimenting with sugar, spice, and everything nice. (You know, the stuff little girls are made of.) Except, in a moment of klutziness, he knocked over Chemical X, which dumped right into the sweet mixture. Out of it, three little girls sprang forth: tiny, spunky, and able to kick evil's butt all around the city of Townsville.

The professor set about to raise these girls as his own, sending them to school by day and training them to fight crime by night — observing proper bedtimes, of course. So, what will a live-action version of the series look like? The answer seems to be very different than the original series:

1. The Powerpuff Girls Have Grown Up

The original Powerpuff Girls were kindergarteners who also happened to be superheroes who saved the world. But that was back in 1998. It's been 22 years since the show first introduced the trio, and according to Deadline, the show will acknowledge that. According to the publication's reports, the three heroes have long since graduated high school went through college. Now, they'll be trying to make their way through Townsville as adults.

Deadline also reported the ironic twist the series brings to the table is that all three girls now look back on their crime-fighting career and are appalled. They were five years old, yet Professor Utonium was out there forcing them to put the entire fate of the planet on their tiny shoulders when they should have been watching Sesame Street and eating graham crackers. All three will be desperately working through the trauma of their lost childhoods, determined to live normal lives. But that won't be easy, especially when the world still needs saving.

3. It's From The Same Producers As The Arrowverse

If this sounds a little far-fetched, consider that it's not that much more twisted than Riverdale — which makes sense, since Variety reported the new show is from uber-producer Greg Berlanti, the man behind every live-action superhero series airing on The CW currently. If there's one man who can take a cartoon and turn it into an enjoyable live-action series, it's him.

4. Diablo Cody & Heather Regnier Are On Board

As for who's writing the upcoming show, the names behind the pens are all women. Diablo Cody is best known for her critically acclaimed film Juno and Regnier is one of the writers behind cult-favorite Veronica Mars. With those sorts of voices behind this new take on Blossom, Bubbles, and Buttercup, fans can expect this will be as grounded a feminist take as one could hope.

5. Will There Be Mojo Jojo?

Of course, the real question is which villain will bring the trio back to their crime-fighting ways. The Powerpuff Girls was popular for its three pint-sized superheroes, but the real joy was their ridiculous archenemy, the evil supervillain anthropomorphic ape, who completed his look with cape and turban. Curses!

How one pulls off Mojo Jojo in live-action remains to be seen. But the show will be all the better if he turns up.

This article was originally published on Aug. 25, 2020