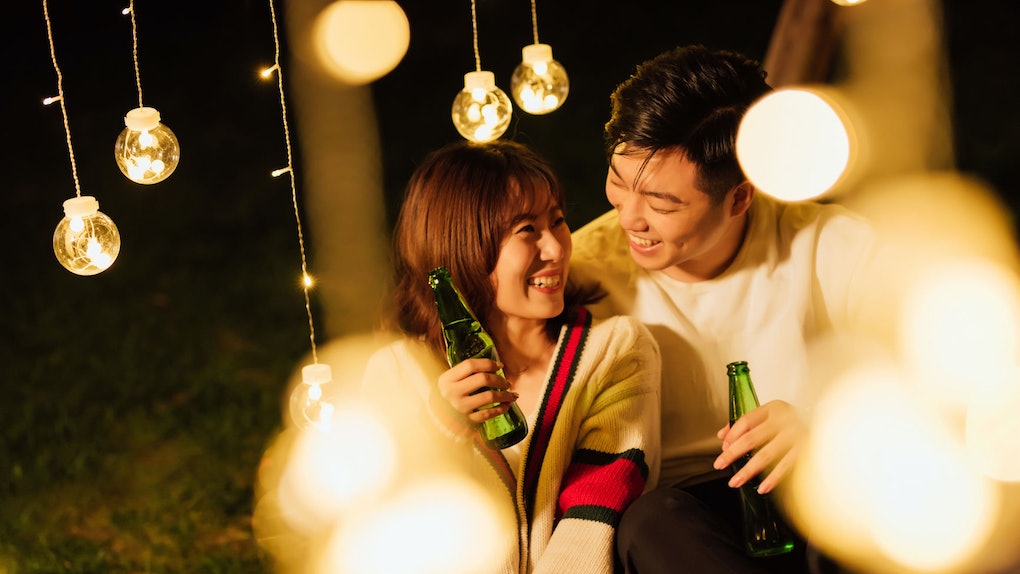 I personally love celebrating special occasions like birthdays, holidays, and big milestones, and not just because I love having an excuse to throw a party. I think there's something important about acknowledging milestone moments and reflecting on what they mean to you, to your loved ones, and to your relationships. And when it comes to first anniversary celebration ideas, there's dozens of fabulous and romantic ways to celebrate the one-year mark with your partner.

I will note that as lovely as anniversaries can be, they aren't for everyone. In fact, I have one friend who doesn't celebrate her anniversary with her husband because they decided to celebrate each other every day — aww! Anniversaries can also be kind of stressful if your relationship is in a tricky place. I actually once broke up with a boyfriend because our anniversary was coming up and it sort of pushed us to focus on our relationship. We realized that while the time was passing, we weren't going anywhere. So that turned out to be one less celebration to plan! However you're approaching your anniversary, and I hope it's with happy anticipation, these real-life stories of ladies who marked the occasion memorably will hopefully inspire your own special way to celebrate.

For our first wedding anniversary, we relived our Mexican honeymoon by going to one of our favorite restaurants on the Upper West Side. I wore my sparkly wedding shoes and afterwards, we flipped through albums and watched a DVD a videographer made of our ceremony and reception.

I told my boyfriend that I wanted to make dinner for him. I cut tortillas into hearts, made heart-shaped quesadillas, and served beers in cans in paper bags. Oh, and we ate by candlelight. He thought it was the cutest, sweetest thing ever. He loved it, which is also fun because he's a really rough-and-tumble kind of guy!

My boyfriend and I agreed that we wouldn't spend money on anniversary gifts, and instead, just go all out on a trip for our anniversary weekend. We love traveling together, so we decided to do a cozy fall weekend getaway to Hudson, New York. At first, I was fine with that, but right before our trip, I realized I would miss giving him something creative and thoughtful. I stuck to our $0 spending limit by writing out 52 reasons I love him on index cards — one for every week that we had been together. I gave him the stack of cards on the first night of our trip, and it was really sweet to sit together and read through them all."

Back To The Place It All Started

My boyfriend took me out to dinner for our one-year anniversary and afterwards we walked through the city. Suddenly we stopped and he said he wanted to sit on a random bench for a moment. We sipped from a little Champagne bottle in a paper bag and talked, and then he asked if I remembered this spot. I didn't! It turns out that after our first date, we ended up sitting on this same bench and talking late into the night and he wanted to revisit the place he started falling in love with me.

Chillax The Night Away

As our one-year anniversary approached, we were both super stressed with work and while we wanted to celebrate, the idea of a fancy dinner out just seemed exhausting. So instead, we ordered delivery from a super fancy restaurant, got in the hot tub, and then ate the fancy food in our robes. I didn't wear any makeup, we were totally relaxed, and we went to bed early. It was a perfect mix of fancy and chill.

As I mentioned earlier, when it comes to special occasions — you name it, and I'll celebrate it. Of course, if you're planning your first anniversary, it's important to consider the other half of the equation — your partner. If you love surprise parties but the thought of them makes your honey want to hide, maybe surprising them with a bash isn't the right plan. If you're still unsure of how to mark your anniversary, after a year of being in a relationship with your partner, you probably have a good instinct of what they'd like. So go with your gut, and mazel tov!