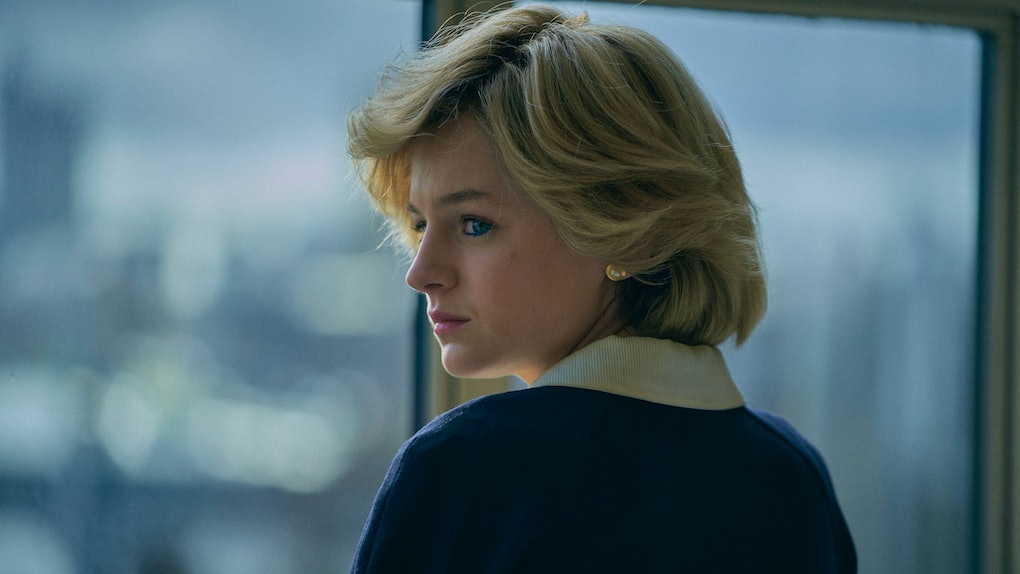 5 Documentaries About Princess Diana To Watch After Finishing 'The Crown'

When Lady Diana Spencer was introduced to the world as the Prince of Wales' fiancée, she became an instant celebrity. Over the next 16 years, she transformed into one of the most recognizable women globally, a fashion icon, a walking awareness-raiser for charity, an influencer of the highest order. And then, one day, Diana was dead after a car crash that shocked the world. Such a story would be catnip to documentary makers even if she hadn't been the former future Queen of England. But though there are dozens of documentaries about Princess Diana out there, only a few are on streaming (and worth watching).

Part of the problem is that Diana's death was such a sudden left-field tragedy that people couldn't believe it. Instead, conspiracy theories took center stage, suggesting Diana was somehow assassinated. All of that has been thoroughly debunked, mind you. But when seeking out documentaries about Diana, especially ones focused on her final days, it's good to research how factual they are.

Worse still, most of these Diana docs are not on streaming, having disappeared after the 20th anniversary of her death in 2017. Even if you can tell which is which, it's not like you can easily find them anyway.

Of the ones that are still available, the good news is that they are some of the most critically lauded. Here are five solid options for those looking to know more about the truth behind Lady Diana Spencer after watching The Crown:

There are two documentaries under this name; this is the National Geographic one, one of the most moving Diana docs ever made. (The other, which a Channel 4 documentary, is far more controversial in how it presents its facts.)

Using a series of never-before-played interviews recorded with biographer Andrew Morton in 1991, this is 100% Diana's side of the story as the royal marriage crumbled. It is far from an even-handed hearing, and perhaps at times it's self-serving, but it captures Diana at a particular point in her life when escape from the royal family appeared impossible. The documentary is currently on Netflix.

The most personal of the 2017 documentaries released during the 20th anniversary of Diana's death, Diana, Our Mother: Her Life & Legacy is Diana's story told from the two men who live with her shadow every day: William and Harry. It was one of two commissioned by the princes in honor of their mother, and as such, it has access to never-before-released photos and archives, as well as interviews with Diana's siblings. The documentary aired in the U.S. on HBO and is available to stream on HBO Max.

The other documentary William and Harry commissioned on Diana is the BBC's Diana, 7 Days. Unlike the Life & Legacy doc, this one focuses very specifically on Diana's death, the seven days from the news breaking to the funeral, and the way it rocked the monarchy. Along with access to the family, this one also rounds up the politicians who had to handle the crisis as public anger focused on the Queen and Prince Charles. Unlike Life & Legacy, this doc did not air in the States, but it can now be found for rental on Amazon.

Of all the documentary films and TV series that came out in the wake of the 20th anniversary of Diana's death, the most popular was Diana: The People's Princess. Reusing the moniker coined during her funeral, which festooned the hurried tributes to Diana in the months after her death, this is no hagiography but rather an in-depth study of Diana's life. The film is available on YouTube and for rent on Amazon Prime.

5. 'The Royal House of Windsor'

Technically, The Royal House of Windsor is not a Diana documentary, but rather a docuseries covering 100 years of Windsor rule from the Great War to the Queen's Jubilee. That said, watching the lead-up to Diana's arrival and the true story dramatized by The Crown goes a long way to putting Diana in context when she does show up. The documentary series is streaming on Netflix.

More like this
Is Netflix Making A 'To All The Boys' Spinoff Series About Kitty? Here's The Tea
By Rachel Varina
Kathryn Hahn Hopes To Explore Agatha's Backstory In Future Marvel Projects — EXCLUSIVE
By Dylan Kickham
Kyla-Drew On 'Dad Stop Embarrassing Me!', College Life, & Michelle Obama
By Dylan Kickham
Stay up to date