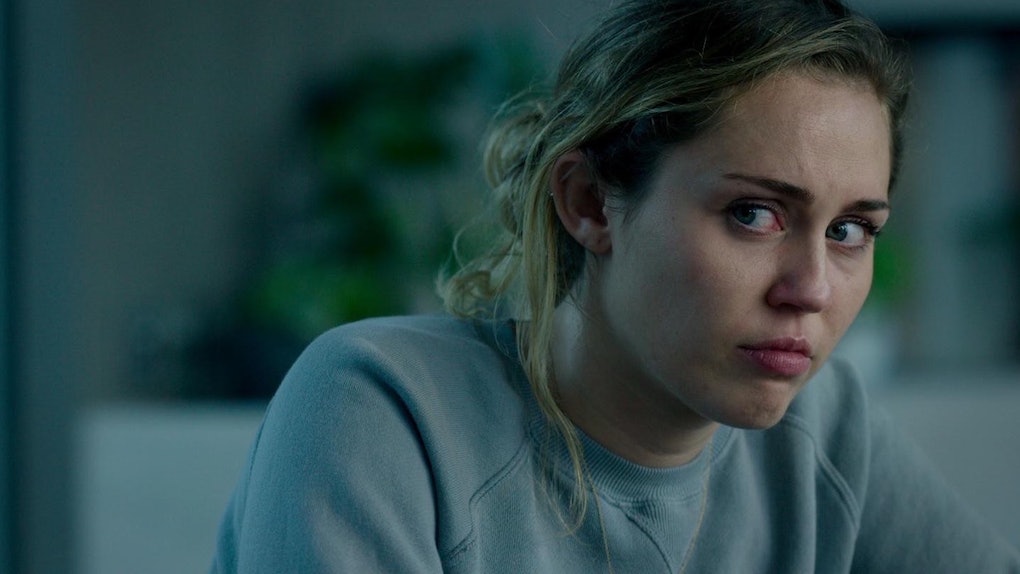 Black Mirror loves to include small references to other episodes in its twisted universe, especially recently since it is now in Season 5 and has a large back catalogue to pull from. Initially, these easter eggs were few and far between, but the final episode of last season — "Black Museum" — amped them up to an all-time high, filling an entire museum with iconic objects from throughout various episodes in the series. In Season 5, "Rachel, Jack and Ashley Too" is the episode that is most filled with references.

The new episode centers on a shy girl named Rachel who is obsessed with the pop star Ashley O. When Ashley releases a line of interactive digital dolls that contain her personality, Rachel is the first to buy one, totally unaware of the hell Ashley is actually going through behind closed doors. The situation eventually comes to a head, but before the climactic finale, the episode includes some winks to past Black Mirror episodes.

While Rachel is watching TV in her room, a news report mentions that Tusk "made a boo-boo" on a British TV show, and we see a still that is actually from the Season 3 episode "Hated in the Nation."

In that episode, Tusk is introduced as a controversial rapper who became a target for intense hate after he insulted a young fan. He winds up being killed by his online haters because of this incident, which is likely the "boo-boo" that is being referred to on the screen.

2. Sea of Tranquility (from Season 1 Episode 1 "The National Anthem" and Season 3 Episode 1 "Nosedive")

The same newscast that mentions Tusk goes on to bring up another Black Mirror easter egg, the fictional HBO show Sea of Tranquility.

The mega-popular sci-fi show has been brought up a couple times in past episodes, standing in as the Black Mirror universe's most popular show.

The hospital that Ashley O. is rushed to after her manager drugs her should sound very familiar to Black Mirror fans. The high-tech hospital Saint Juniper's was first introduced in "San Junipero," and it is also the setting of the psychiatry scenes in Bandersnatch.

During the breaking news report in which Ashley O is revealed to be in a coma, a running news ticker at the bottom of the screen includes announcements that relate to other episodes.

Items read that "SaitoGemu shares jump on Striking Vipers release," a reference to the gaming company introduced in Season 3's "Playtest" and the titular game from Season 5's "Striking Vipers." We also see announcements of a museum owner found in smoking ruins (a reference to Season 4's "Black Museum") and an architect arrested on multiple murder charges (a nod to Season 4's "Crocodile").

And finally, at the very end of the episode, we see Ashley's manager using the app Smithereen. This should be an easy catch for anyone bingeing Season 5, since the app was the central focus of the episode right before this one.

More like this
Who Is Cleo On 'Outer Banks'? Carlacia Grant Is New To Season 2
By Ani Bundel
Shonda Rhimes' Quote About Regé-Jean Page Leaving 'Bridgerton' Is SO Shonda
By Rachel Varina
'Never Have I Ever' Season 2: Release Date, Cast, Trailer, Photos, & More
By Ani Bundel
Stay up to date