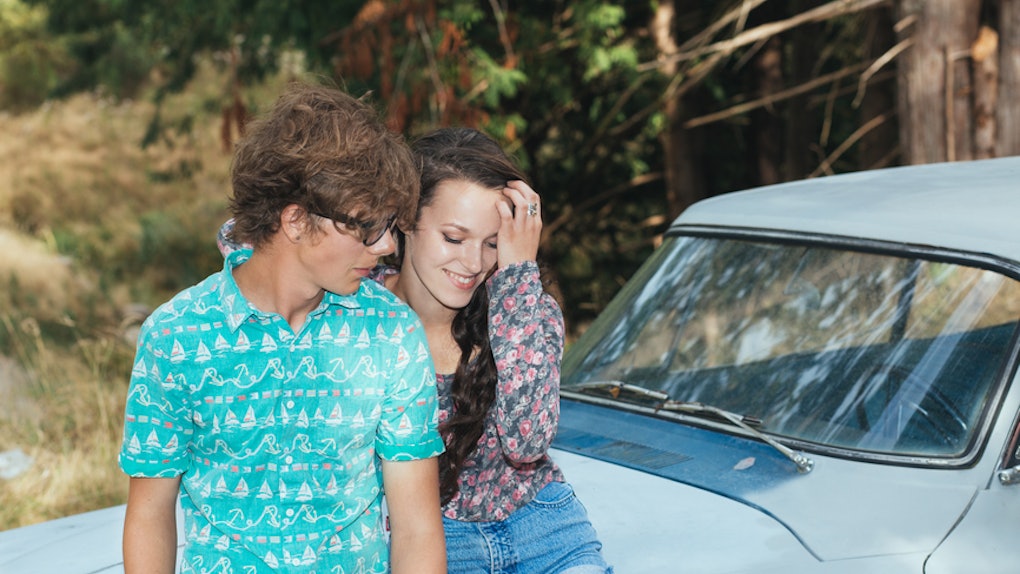 4 Zodiac Signs Most Likely To Be Shy Around Their Crush, So You Don’t Miss The Clues

Most people who know me would say that I seem pretty outgoing and confident. In social settings, I tend toward the center of the room where I can be the most involved in whatever interactions are taking place. However, there is one major exception to the rule: when I am crushing on someone. Then suddenly, I'm hugging the walls with a vengeance, observing from afar, and confusing my friends by acting like a weirdo. But it's not my fault, I'm a Virgo — one of the zodiac signs most likely to be shy around crushes, so in other words, it is the way of my people.

I've always been envious of Leos and Aries for their ability to be confident and honestly, pretty aggressive when it comes to letting the objects of their affection know what's up. I watch with equal parts envy and horror as friends with more confident signs chase crushes openly and fearlessly. But hey, we are who we are. And fortunately, even though I seem destined for eternal wallflower status, at least I am not alone. There are a few other signs in the zodiac for whom this is going to sound familiar AF. Here are the signs most likely to get awkward around their crush.

Nothing sends this crab back into its shell faster than the close proximity of their crush. Despite being incredible partners, thanks to their innate loving and emotionally mature nature, when it comes to getting into a relationship there are a lot of hurdles to clear. Cancer’s shyness comes from their insecurity and deep fear of rejection. They are a cautious and shrewd people, so if you want to know if a Cancer is crushing on you, your best bet is to pay attention to their behavior online. If they tend to hightail it when you are around them in IRL, but then like all your Insta posts, then they are feeling you — hard.

As I mentioned before, Virgos aren’t exactly the slickest of signs when it comes to interacting with someone they are attracted to. Virgos are known for being highly critical, perfectionists, and when they are around someone who makes them feel emotionally vulnerable, they can turn those traits on themselves, which makes them want to retreat to the nearest dark and distant corner. If you suspect a Virgo is crushing on you, then look out for "practical" flirting. By that, I mean, not making eyes or suggestive touches. Instead, it’s all about paying attention to what you may need and providing solutions. Say you have a cold. They are coming through with some chicken soup before you even ask. Solving problems is how we flirt.

Of all the signs, the hardest to read when it comes to crushes has to be Capricorn. That’s because their form of flirting (if you can call it that) is to play the hot and cold game. One day they shower you with attention and the next it’s iceberg city. Though it may feel confusing and even hurtful to be crushed on by this mercurial sign, it doesn't come from a malicious place, but rather Caps’ own deep fears about being hurt. Caps have a tendency for overthinking and being pessimistic. Combine those things and you have a person who takes one step forward and two steps back.

While this sign may have the heart of an epic romantic, when it comes to crushing on someone they have a tendency to want it so badly they just shut down. All of their best traits, their sensitivity and imagination, turns on them and fills them with self doubt because they are worriers by nature. Fortunately, their romantic and loving nature eventually wins out and you can get hints this shy little fish is feeling a certain kind of why about you by how they tend to always be around, giggling from the sidelines at all your jokes. If you really want to find out how they feel, your best bet is to send them a text or slide into their DMs, where they are much more comfortable being bold.