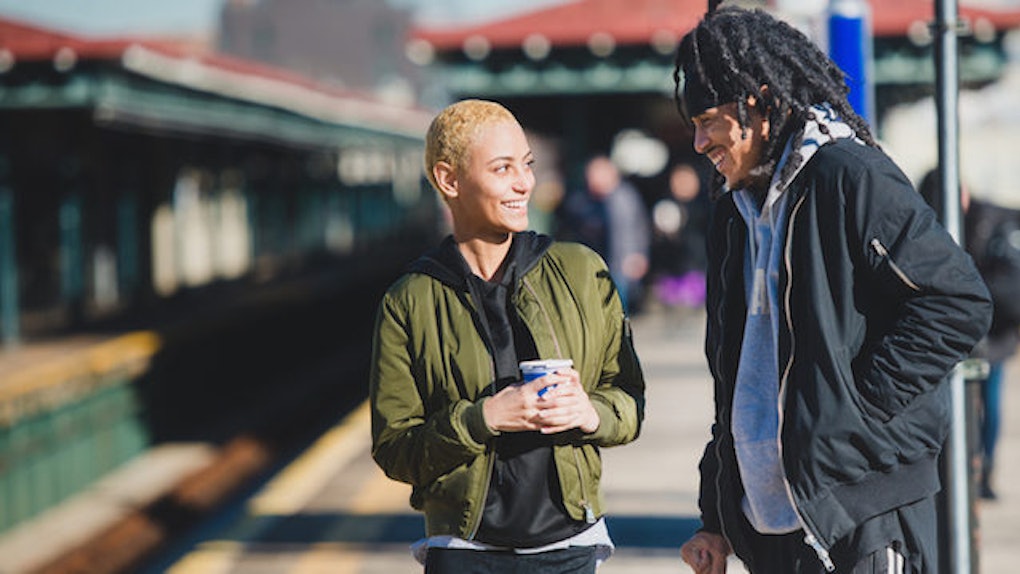 Astrology is the best.

Sure, it's led me astray once or twice, but then again, so has science.

One time, my dentist told me I had two cavities that ended up not being there, but that doesn't mean I stopped going to the dentist.

For the most part, astrology (like dentistry) is a useful tool that brings us intimately closer to people who would otherwise be perfect strangers to us.

You can even use it to decode whether or not that guy you like actually likes you back, without making a move and getting rejected like an idiot.

So without further ado, here are the ways you can tell if your crush really likes you back, based on their zodiac sign:

You shouldn't have a hard time figuring this one out. And if are, your level of emotional intelligence is staggeringly low, and you should get that shit checked.

Aries are extremely direct about their crushes. Because they're the babies of the zodiac, when they want something, they reach out and grab it with their bare hands.

So if your Aries crush is getting touchy-feely with you, reaching out via text, there's a good chance they want to pound yams with you.

A Taurus who likes you will tease you, and if you're a good sport about it, they'll like you even more.

They'll bring you along on outings with friends to see if they'll be as impressed by you as they are.

You'll also notice they get a little possessive of you and your time when they make little comments like, "You went to the movies without taking me with you? Rude."

TBH, it was pretty rude of you.

OK, full disclosure here: If a Gemini wants you, they are constantly stalking you on all forms of social media.

Use that to your advantage by calling them out on it. They're excellent at flirting back, and they'll initiate flirtation often.

Another way to see if a Gemini likes you is to check their volume. When you make a joke, they'll let out a laugh so extroverted and loud, you'll doubt the sincerity of it.

A Cancer who likes you will be sweeter than a sugar dipped honey bun.

A more subtle sign they like you is asking you about your health and making recommendations to remedy anything that ails you.

They might even send you a recipe for a good soup that their mom used to make for them when they were ill.

A more obvious sign that a Cancer likes you is their desire to get into deep convos with you until 2 am and the fact that they can't help but get a little clingy.

You'll notice that a Leo likes you when they won't stop showing off.

They'll strut their stuff in front of you (even more than usual), and your hangout sesh will feel more like a performance.

If they happen to embarrass themselves in front of you, they'll be deeply shaken by it. They'll either shut down completely or laugh it off in such a manic, psychopathic way that it'll be obvious they're really upset.

They'll also be extremely generous with you, buying you little gifts or presenting you with surprise outings.

Virgos express their affection for someone by being of practical assistance.

They'll go out of their way to do things for you that don't seem like a big deal, like doing little errands or offering reminders about things they know you'll forget about.

While you might not see it as romantic, they do.

Virgos' lives are about creating order and making things work efficiently, so by taking the time out of their day to do this for you, they feel they're being as direct as they can about their feelings.

Libra may not be too forward or direct with their emotions until they're sure those feelings are reciprocated. But, they will want to be around you 24/7 — that much will be obvious.

And when they aren't, they'll give off a distinct vibe of playing hard-to-get.

Since Libras are in love with love and "the chase," they'll be extremely flirtatious with you.

Scorpios will want to know everything there is to know about you. They'll stalk you IRL, in front of your face, and you might feel like you're the subject of a police interrogation.

Truthfully, though, it's just that their obsession with you is driven by curiosity. When a Scorpio wants you, they want ALL of you.

Don't be put off by the fact that they go from clingy to completely detached.

They need the space to allow their raging emotions to settle down. They don't want to show their cards too quickly because they're absolutely terrified of rejection.

Most likely, Sagittarius will straight-up tell you how they feel.

It won't even matter if you're in a relationship. If they pick up a flirty vibe from you, they'll jump on it.

They have no boundaries, and they enjoy taking a chance and letting the chips fall where they may.

A typical Sagittarius will also invite you to join them on their adventures out in the world.

If you don't want to screw things up, say yes and show them you're down for whatever. They need someone who can roll with their unpredictable lifestyle.

When a Capricorn likes you, they will shift from their ordinarily professional manner to a loosened-up version of themselves.

They'll offer the one they are interested in almost fatherly advice, encouraging them to strive to better themselves.

They may try to impress you by name-dropping important people they know or VIP places they've been, which could come off as a little too blunt or boastful.

But truthfully, they can't help it. They're just scared of messing up their chances.

Aquarius is a tough nut to crack if you don't know how to read between the lines.

When they're really interested in someone, they tend to treat them as friends first because they want to make sure you can stimulate their mind.

So, a good sign your Aquarian crush is into you is to keep an eye not on how often they speak to you, but for how long they talk to you.

If you're able to keep their attention for a full hour, chances are they're into you BIG TIME.

If you have a crush on a Pisces and you don't know if they like you back, they probably just don't.

When a Pisces has a crush, they'll stare at them for a weird amount of time, and they'll be looking into your eyes the entire time.

They might not be listening to you, but it isn't because they don't care. They're just literally imagining how great you are in bed, what you look like naked and what your offspring will look like.

It's hard to avoid noticing how much a Pisces likes you because when they do, they jump directly to love.

They'll do anything you want and bend over backward to fulfill your every need.