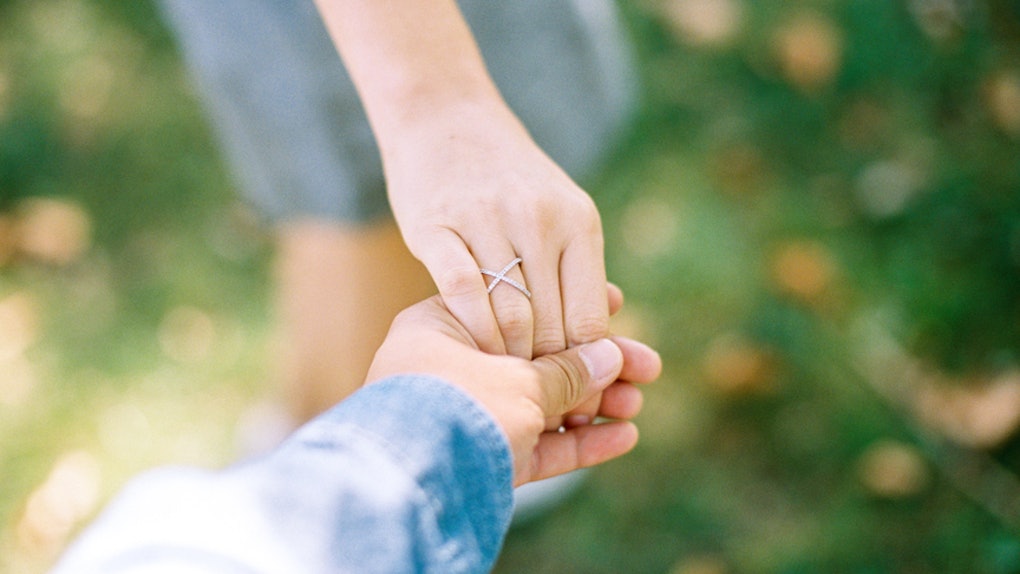 If you're in a relationship in college, there are certainly a lot of perks. You always have a go-to date for formals, a study buddy during finals, and another home to visit during fall, winter, spring, and summer breaks. You also have someone to make meals with, take naps with, and binge Netflix with. But four years can certainly change a person, and you and your partner might not necessarily evolve in the same way or at the same pace. It's possible to grow out of your college relationship, and if that's the case, it's OK to part ways around the same time you walk across the graduation stage.

Trust me, I've been there. I know what it's like. Leaving a stale relationship at the end of college was one of the best possible decisions I could've made for my own personal growth. It might be for you, too.

Consider everything you can do as a single person post-grad: jet off on a solo trip without taking another person's schedule into account; meeting and dating people who show you a whole new way of life; exploring who you are without the pressure of a relationship weighing you down.

There's no shame in walking away from a partnership that isn't best suiting your needs right now — and your future self will potentially be grateful that you had the courage to put yourself first at this crucial time in your life. Below, here's how to determine if your relationship might have run its course.

You don't figure out how you two will work outside of college.

With college relationships, you usually sort out how you two work together. You've figured out your friend groups, your schedules, and it's like a little insular bubble in which everything is all determined –you have a set routine.

But when approaching "real life" (I feel like a grandma saying this, it's fine), you have to figure out your new reality. Are you two going to be long-distance? How frequently will you FaceTime? How much money should you budget monthly for your (however often) trips to see each other, if you won't be in the same place? Or if you'll be living in the same place, where will you live — together or separately? How will your new jobs (or lack thereof) change your connection? All of these are questions that should be at least brought up, because the relationship won't just work out all on its own.

And if those aren't conversations you're having, maybe it's because you both know the relationship will just end soon after graduation, and there's no point in trying to pretend otherwise.

You want to date other people.

As previously mentioned, you do a ton of growing up during your college years, and you may be curious about what else is out there in the dating world. That's totally fine. I know when I got out of my college relationship after graduation, I was mostly sad about losing our strong friendship, but excited to date new people in my new city of Washington, D.C. The novelty of dating when getting out of a relationship is incredibly exciting, and you'll probably feel a surge of butterflies all over again.

You've grown apart, not together.

Experiences you go through in college will change you as a person, and it's only natural that two people both living life for four years may not grow in the same way. By the end of college, you two may be too different from the people you were when you began dating, and no longer feel like the relationship works because of who you are, and that's totally OK.

You'd rather be alone.

Putting up with a relationship can be a lot, and you aren't bound by any permanent and lasting agreement just yet to stick it through. Graduation is the perfect time to end the relationship if you don't want it persisting in your post-college life, and want to be alone instead.

It's normal that if you decide breaking up after graduation is the right move for you, you'll have to mourn the loss of the relationship after for a little. But remember why the relationship had to end, and then go on and live your best life after. You got this.