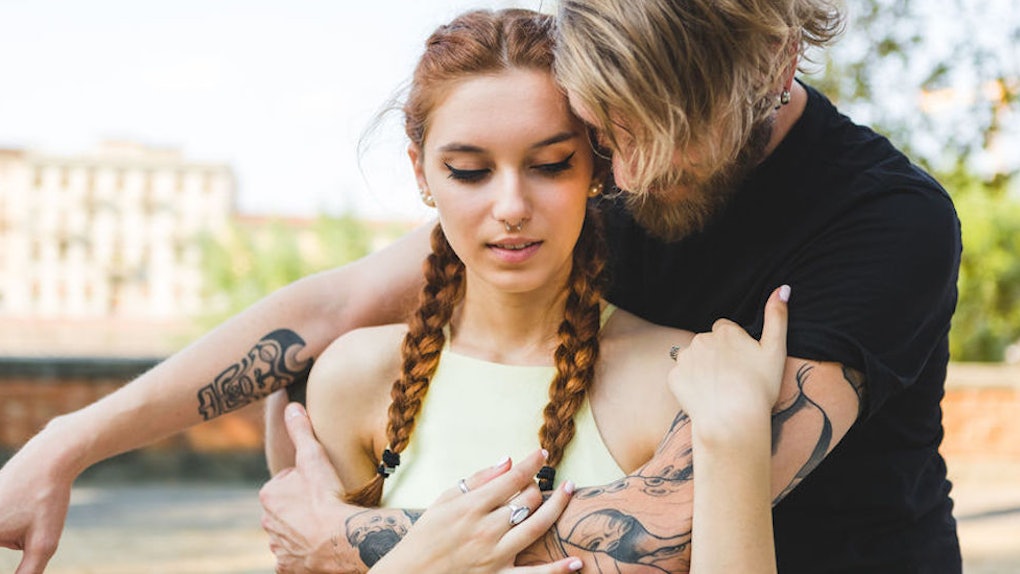 4 Signs Your Partner Is Stringing You Along According To Experts, So You Can Move On

In today's dating world, it seems as if communication has become more and more lackluster. It's hard to know how someone feels anymore, and even if you're dating someone, that doesn't mean things are going to be easy. So, it's important to know all the signs your partner is stringing you along, because it happens more than you might think.

Unfortunately, it can be hard to tell if someone is genuinely interested in being in a committed relationship with you, or if they're just looking for something a little more casual. Obviously, everyone should be able to do what they want to do, and if you don't want a serious relationship, then that's fine. But, it's not fair to lead someone else on when something serious is what they're looking for.

So, if you're with someone, and you aren't sure whether or not they're seriously invested in your relationship and your future, what can you do? That part is up to you. But first, you have to figure out whether or not your partner is actually stringing you along, or if there's something else going on. Because really, you don't want to be wasting your time with someone if they're already of the mindset that it's not going to last.

That being said, here are some signs that your partner is just stringing you along, according to experts.

If someone truly wants to be with you, they'll prove it. Sure, not every person is a great texter, and you might not hear from them everyday, but a great partner will make you a priority. Diana Dorell, Intuitive Dating Coach and author of The Dating Mirror: Trust Again, Love Again, tells Elite Daily that checking your partner's communication skills is a great way to tell if they're stringing you along.

If the "communication is sporadic," Dorell says, then they might be stringing you along. And, "if it takes forever for them to get back to you when before you got an immediate response," there's a good chance they aren't looking for long-term commitment.

2. Not everything is equal.

Another way to tell that your (semi) significant other isn't completely invested is that they aren't putting in the work.

Monica Parikh, dating and relationships coach, tells Elite Daily that you should "Look for 'mutuality.' Is there an equal give-and-take between you and your partner? Are you both putting in effort to move the relationship forward? Or, are you doing most of the work — sending texts, planning the dates and making thoughtful gestures? While it may not be exactly 50/50, it should be close. A 90/10 relationship is not acceptable."

Look closely, and see how your partner treats your time together. It's important, and they should be putting in the effort.

"A big sign is when the other person isn't making much effort or talking about a future," Parikh says. "They do not introduce you to friends and family. They do not talk about future plans. They do not want to spend much money — planning dates or trips — and prefer low-level engagements (i.e., watching Netflix and chilling). A man who is falling in love wants you to be a big part of his life — and will let you know you're a priority to him."

Basically, they're probably stringing you along if they don't like to talk about the future or even go on adventurous dates.

A partner who wants to really be with you long-term will do what it takes to support you.

Someone might be stringing you along if they aren't there for you, Dorell says. "They are not able to be present with you when you need emotional support or something comes up — they may change the subject or just brush it off," she emphasizes.

It sucks being strung along by someone, especially if you were really enjoying being with them. But if you do find out that someone is strining you along, then the best thing to do is "just ask," according to dating coach Erika Ettin, because really "it's the only way to get answers." And if your suspicions are right, then it's probably best to take a step back.

"Remove yourself from the situation," author and relationship expert Alexis Nicole White tells Elite Daily. "Typically, individuals who are guilty of stringing individuals along are emotionally abusive people that have no concept of how hurtful their behaviors are to you." So if you think you're getting strung along, back up and get out of that situation. You deserve better than that.