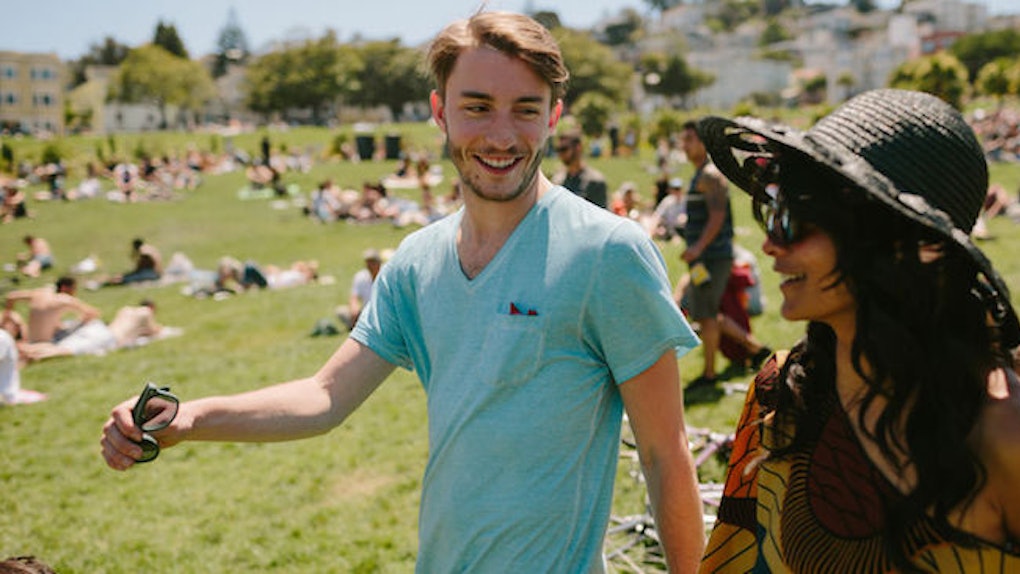 Putting yourself out there and vocalizing your feelings in dating can be scary — no matter how sure you are of someone's response. By saying how you feel, you're opening yourself up to the real possibility of being hurt. It can be something you rack your brain for days: what to say, how to say it, and when. What if it's too soon? What if you're worried they won't return the same feelings? I spoke with a handful of people on the internet about their own experiences so you can decide how to tell your crush you like them.

These people shared their own experiences, varying from preschool grand romantic gestures to late-night texts. But what all these people have in common is that they expressed their feelings, braved the possibility of rejection, and set themselves up to experience something potentially awesome.

See, that's the wildly exciting part of sharing what you feel with someone else — sure, you can end up hurt. But maybe you taking the first step in revealing how you feel can be the jump start to your love story with that person. You really don't know unless you try, so shoot your shot, folks!

Stephanie, 28, made a bold declaration in front of her entire class.

Grand romantic gestures are surely one way to go about proclaiming your feelings for another person. When Stephanie was in kindergarten, she told the boy she crushed on that she liked him by... announcing it during a class presentation.

Everyone was assigned a day to present a three-poster board (like a science fair) presentation with photos of your family, your pets, your hobbies, etc. I naturally didn’t tell my parents and drew all the pictures myself, day of, but I digress. All I remember was ending the presentation with a definitive and bold "And I like (boy’s name)!" The room was ... surprised.

According to Stephanie, she and the boy avoided each other after her public move.

Liz, 24, told her crush her feelings over text.

She developed a flirtatious friendship with a guy from college, and they went bowling together in December. He lives in Boston, and she lives in Philadelphia, but they kept talking almost every day after their bowling session.

Liz decided to tell him she had a crush on him when she was drunk, saying she thought maybe he liked her too, and wondering where they stood. He replied saying that he liked her, too, and enjoyed talking to her, but wished they lived in the same city.

In third grade, Gianluca had a crush on his friend and decided to showcase his feelings for her in his handmade "G Dictionary." He created the word "Jo-Gi," which combined his name with his crush's. He says it was a "ship name before ship names were even a thing.

Gianluca, who's still friends with his elementary school crush, asked her what she thought at the time. She said she thought he was ridiculous.

Dominique, 20, thought he was the one that got away.

When she was 11, Dominique was in a texting-relationship with a boy from her karate class.

He was funny, smart, and kind, and I thought that he was the one. [One] night I decided to take a risk and send him the awkward, schoolgirl crush, 'I like like you' text, only for him to respond by saying he didn't feel the same. I was heartbroken. Looking back, I remember thinking that he was the total package and the one for me who I'd never get over, now I just look back and laugh!

Even if things don't always turn out exactly how you want them to, getting your feelings off your chest is commendable and if you do it, props to you.