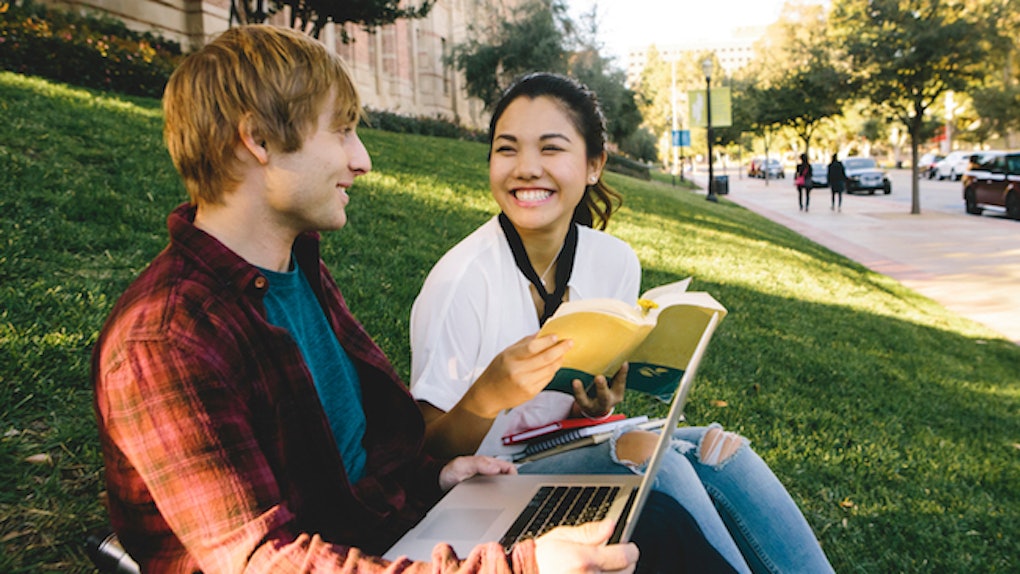 How To Tell If Your Crush Likes You

Apparently, it really is that easy sometimes.

It's simple. Maybe dating doesn't have to be hard. Let's just stop wasting our time on people who don't deserve it.

I asked Dating and Relationship Expert Evan Marc Katz how to tell if your crush likes you back, and he gave me this three-step process. (I also took a little inspo from the book version of He's Just Not that Into You.)

He Asks You Out

But what I can do is paint you a picture of what you'll never see when you're with a guy who's really into you: You'll never see yourself staring maniacally at your phone, willing it to ring. You'll never see you ruining an evening with friends because you're calling for your messages every fifteen seconds. You'll never see you hating yourself for calling him when you know you shouldn't have. What you will see is you being treated so well that no phone antics will be necessary. You'll be too busy being adored. — Greg Behrendt and Liz Tuccillo, He's Just Not That Into You

"He asks you out. If he doesn't ask you out, he doesn't like you." Katz explains.

A guy who actually likes you back wants to see you I-R-L. No excuses, and no justifying this in your mind.

According to Katz, your crush should "follow up quickly after the date (like 24-48 hours at the latest) to ask to see you again."

If he's texting you, but not making a plan, this might be a guy who's not looking for a relationship, but is actually just looking for a texting partner. And that's fine if you're just bored and looking for someone to fill the time with, too.

But if you're looking for something that's grounded in reality, with someone who actually wants to move your relationship into the real world, then the guy who isn't making plans for a second date quickly after the first one is probably not that into you.

Don't spend your time on and give your heart to any guy who makes you wonder about anything related to his feelings for you —Greg Behrendt and Liz Tuccillo, He's Just Not That Into You

A man who likes you "ramps up his efforts and asks to be your boyfriend within six to eight weeks at the latest," Katz explains.

That shouldn't mean he should ask you to be his girlfriend on date one — that's a guy who is probably in love with the fantasy of you, not the reality.

A man who likes you wants to lock it down. He wants to grow up, put on his big boy pants, and devote his time to you and only you. He's not too busy at work, he's not too heartbroken over his last relationship, and he's not worried that you live 30 minutes away with traffic.

So if you're wondering if your crush likes you back, and you think he does just because he is watching your Instagram stories or texting you frequently, maybe it's time to stop wondering so hard.

"If he doesn't do these three things, stop wasting your time on him," Katz says.