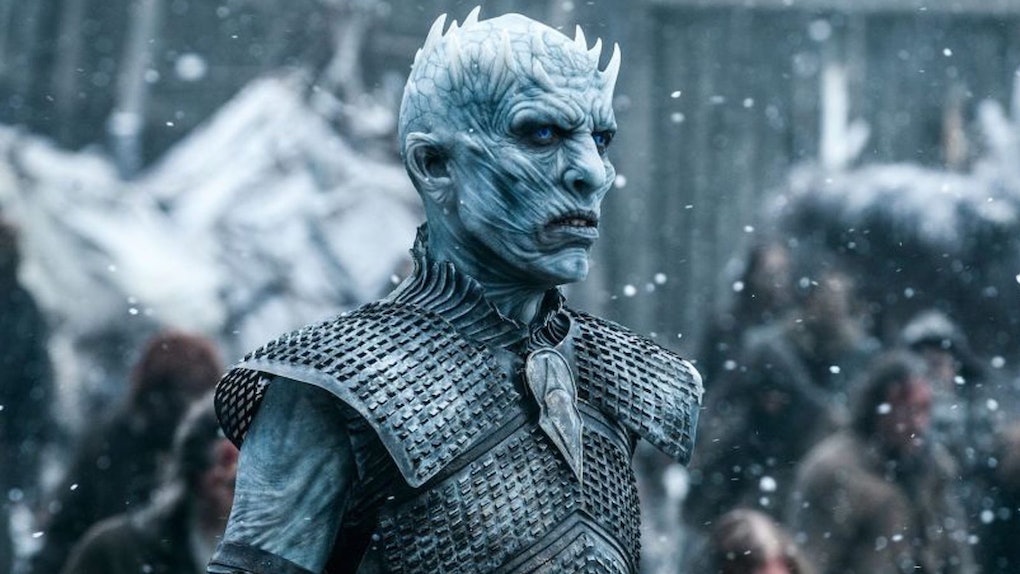 The Game of Thrones episode that fans have waited over seven seasons for is finally hitting our TV screens this Sunday, so of course, everyone is trying to get in their final guesses about what will happen in the battle of Winterfell. Superfans have had theories about the Night King's climactic clash with all of the show's main characters for years now, but the only thing that we know for sure is that the new episode will be absolutely packed with shocking twists and hugely memorable moments. And these Game of Thrones Season 8 Episode 3 theories lay out some of the most likely events to occur in the battle of Winterfell.

Spoiler alert: This post contains spoilers from Game of Thrones Season 8 Episode 2, "A Knight of the Seven Kingdoms." As the promo teaser for next week's episode at the end of Episode 2 confirmed, Episode 3 will finally show fans the battle of Winterfell between all of the show's main character's and the Night King's army of White Walkers. Since this is the moment that fans have waited all series for, and it is going to be the longest GoT episode ever at 82 minutes, we all know that a lot of major things are about to go down. But what big twists and revelations does Episode 3 have in store? Let's get into the possibilities.

1. Tons of main characters will die.

This feels like more of a guarantee than a theory. The battle against the Night King's army has been set up as the biggest battle in all of Game of Thrones, and given that pretty much every character is going to be involved in the fight, we will very likely witness a bunch of deaths. There are a bunch of characters that seem most at risk heading into the battle, such as Bran Stark and Brienne of Tarth, but really, this show has constantly shown its fans that nobody is safe from dying in unexpected twists.

2. The Night King will resurrect beloved characters to fight with him.

3. Azor Ahai will finally be revealed.

A theory that book lovers have been talking about for years now is the prophecy of Azor Ahai, or the Prince that was Promised. The Messiah-like figure is mentioned constantly in the books, and the show has alluded to him as well, and the battle of Winterfell is the moment when fans could finally get the truth about the identity of the person prophesied to save Westeros. The main theories right now point to Jon Snow, Daenerys Targaryen, or Jaime Lannister as Azor Ahai, and the legendary hero will finally be revealed once we see who kills the Night King.

4. Arya will become a White Walker.

The past couple of episodes have made it clear that Arya is planning something dangerous. The face-changing assassin got her blacksmith buddy Gendry to make her a dragonglass spear, which seems to suggest that she is planning to take on the Night King on her own. And how is she going to do that? Arya's go-to combat style is to disguise herself to get close to her enemy and then attack, so it seems likely that she will put on the face of a White Walker. This will definitely be her riskiest disguise yet, though, as she could get found out by the Night King or even killed by members of her own side who may think she is an actual White Walker.

These are the theories that feel most likely right now, but really anything could go down on this Sunday's new episode of Game of Thrones, so get ready for everything to change.