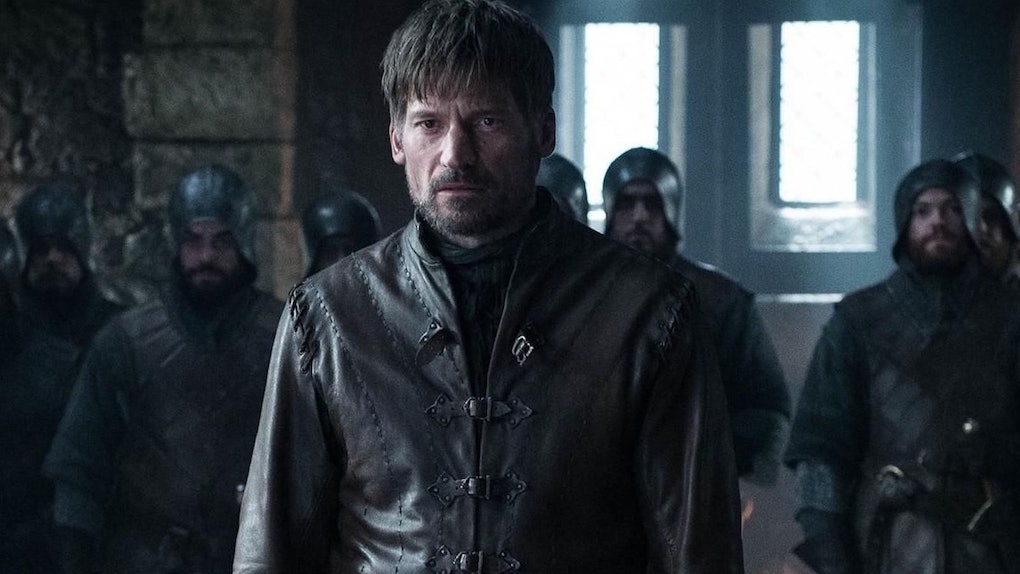 Who Will Die In The Battle Of Winterfell? 'GOT' Fans Are Worried For These 7 Characters

Next week's new episode is the one that Game of Thrones fans have been waiting years for, and sadly, it seems like it will definitely come at a large price. The Night King's army of White Walkers has finally arrived at Winterfell, and it feels completely impossible that this Sunday's battle-filled episode will not result in the deaths of a few major characters. But some characters are at much more of a risk than others, which is leading every fan to wonder who will die in the battle of Winterfell. Before the big battle takes place, let's go over the characters who are most likely to die in the final brawl against the White Walkers.

Spoiler alert: This post contains spoilers from Game of Thrones Season 8 Episode 2, "A Knight of the Seven Kingdoms." Honestly, pretty much anyone could die in next week's big battle, but the episode leading up to the climactic fight against the White Walkers seemed to tease the probable death of a handful of characters in particular.

The Stark family has had a particularly rough go of things throughout the run of Game of Thrones, and sadly, they may be adding to their death count this week. Bran Stark is definitely entering the battle of Winterfell with the biggest target on his back. He revealed to everyone that the Night King is gunning for him specifically, and rather than hide from him, Bran instead insisted that they use him as bait to lure the Night King into a trap. So, we are definitely going to see the Night King come face to face with Bran in this new episode, and that will most likely not end well for Bran.

I am absolutely praying that Brienne does not die in the battle of Winterfell, especially since she just got knighted by Jaime Lannister in that beautiful scene this week. But, as all Game of Thrones fans know, the show does not give us touching, happy moments without something totally heartbreaking right afterwards. Sadly, Brienne's moment of happiness this week has fans really worried that her death is right around the corner.

Despite being a relatively minor character, Lyanna Mormont has quickly become a total fan favorite over the final couple of seasons of Game of Thrones. But she might meet her end defending Winterfell next week. In Episode 2, the ruler asserts that she will fight alongside the army in the impending fight, despite her young age and relative inexperience in battle. While the decision is brave, it also feels like she may be sealing her own lethal fate.

Lyanna may not be the only Mormont that we see die in the upcoming battle. Jorah got some extra attention in Episode 2 that has fans worried he may finally meet his end defending Daenerys. Even with Samwell Tarly's sword in hand, Jorah may be up against more than he can handle with the White Walkers.

Things seem to actually be going well for Grey Worm for once in his life. Ahead of the big battle, he and Missandei even planned out a romantic future living together if they survive the fight. Unfortunately, those moments of happiness usually spell doom in the Game of Thrones world, so fans are expecting to see Missandei grieving the loss of her true love next week.

It is no secret that Jaime is not the fighter he once was, which is something that he himself admits in Episode 2. Still, he has made the decision to join the Winterfell army and try to fight off the White Walkers. Although he was once a formidable knight, Jaime is now at a severe disadvantage in battle and could very well die in the new episode.

Arya is going into the battle of Winterfell as one of the most capable fighters in the series, but the first two episodes of Season 8 seem to be teasing that Arya is planning a risky strategy of going up against the Night King alone. She had Gendry make her dragonglass spear, and seems to suggest that she may disguise herself as a White Walker to get close to him. While the plan may work, it also puts Arya at a major risk of being killed, both by the White Walkers or even by her own side if they happen to catch Arya while she's still in her White Walker disguise.

These are only a handful of the characters that Game of Thrones fans are most worried about dying next week. Of course, you can never predict this show and the major battle is sure to include several twists, so we will just have to wait to see what actually goes down on Sunday night.