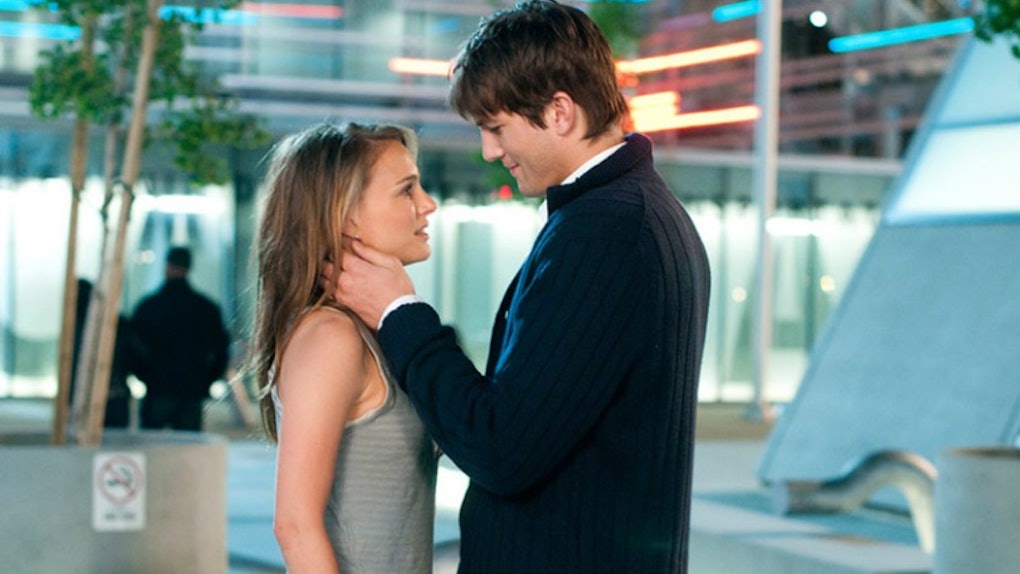 38 Romantic Comedies Featuring The Steamiest Romantic "Looks," According To Twitter

Everybody loves a good romantic comedy. But I think I take it one step further than everybody. I LOOOOOVE a good romantic comedy. Like, a lot. Even as a kid, I was begging my parents to take me to You've Got Mail instead of Mulan. I think what I love most about them is the fact that it's real life in its most ideal form. It's normal people living normal lives, and then randomly getting a soul-shattering look from a stranger that changes their life forever. A recent Twitter thread has people recalling the romantic comedies with the best "looks" exchanged between partners.

For those of you who are unclear on what I mean when I talk about "the look," allow me to explain here. Yes, romantic comedies are filled with hilarious dialogue and adorable meet-cutes and quirky best friends, but there's one thing that separates a good romantic comedy from a great one. And that, my friends is that one fateful "look." It's the way the lead characters look at each other the moment they realize this isn't just a random hookup buddy, a platonic friend, a random stranger they accidentally bumped into on the street, their best friend's girlfriend, their patient, etc. It's the moment when they look at the other person, and they don't say anything, but their eyes literally tell you they're thinking "Holy sh*t. This is the love of my life."

Oh, and it's also the look that all of us have to thank for our totally unrealistic expectations in love, because, well, let's face it: Looks like that are hard to come by IRL.

Overall, "the look" is extremely under-appreciated, and even some of the biggest romantic comedy fans of all time might have missed the importance of it, but one woman (Twitter user @AlannaBennett) brought it to all of our attention in a series of tweets posted yesterday.

She started off by highlighting Pacey Witter's importance as a TV boyfriend. She notes how he set the bar way too high for our IRL boyfriends in her tweet, stating, "Pacey Witter will always be that perfect TV boyfriend you’re like *actually* hurt doesn’t exist in real life."

Quick side note: If you guys don't know who Pacey Witter is, he was a character on Dawson's Creek, played by actor Joshua Jackson.

What made Witter so great as a character (and as a boyfriend), you ask? Well, according to @AlannaBennett, he "really knew how to look at a lady." And based on the look below, I really can't argue with her.

I mean, can we talk about this look for a second? Just take a second and imagine you were at dinner telling your bae about your annoying co-worker and rambling about how you've been feeling really insecure and kind of anxious lately, and you can't put your finger on why. And then, imagine that, instead of nodding and pretending to listen because they've already heard this spiel a million times, BAE LOOKED AT YOU LIKE THIS. It's a look that basically says they're your damn hero, and you didn't even need to continue explaining what was wrong because they can see right through your soul anyway. Just imagine.

The reflection on Witter's look sparked a larger conversation on "looks" on Twitter in general, when @AlannaBennett posted another follow-up tweet:

The number one thing a man in a romcom needs, TV or movie, is the ability to look at their love interest REALLY WELL. The man barely even needs to speak if he just knows how LOOK at a person.

Now, people have taken to Twitter to share the best "looks" throughout television and movie history. Check them out below, and prepare to swoon so hard.

That ~magical~ look in 'Practical Magic.'

I mean... JUST CHECK OUT THAT LOOK.

Dermot Mulroney is the king of dreamy looks.

OMG, we can't forget about the look exchanged at the fair in 'Never Been Kissed.'

James McAvoy could literally see right through your soul.

If only we could all have someone see us the way Schmidt sees Cece in 'New Girl.'

Ethan Hawke's look in 'Before Sunset' will make you melt.

And in 'Before Sunrise.'

Sam Heughan's look in 'Outlander' will turn you into a heaping pile of mush.

Obviously, this list wouldn't be complete without a shoutout to rom-com king Paul Rudd.

Anyone who's seen 'The Mindy Project' knows Danny Castellano deserves to be on this list.

If only we could all find a love like this one day.

RIP Heath Ledger for many reasons, but THIS. IS. SO. MUCH.

Bollywood is filled with some seriously great looks.

My heart. Someone help! Seriously.

I mean, it doesn't take a psychic to see that Channing and Jenna were bound to fall in love after this.

It's like he knows me better than I know myself.

Honestly, any look from Michael B. Jordan will end you, but this one from 'Friday Night Lights' is something else.

I'm surprised fireworks didn't go off right after these looks in 'The Wedding Planner' took place.

Look at the love in those eyes. I can't.

We knew Ben loved Leslie the moment he laid eyes on her in 'Parks and Rec.'

Would this list even be legitimate without mentioning Jim and Pam from 'The Office'?

OK, I get what Taylor was thinking with dating Tom Hiddleston now.

There's a reason why 'The Holiday' is my favorite movie....

It's not just men who give the best looks.

OK, now it's time to cancel all your weekend plans in exchange for a rom-com movie marathon.