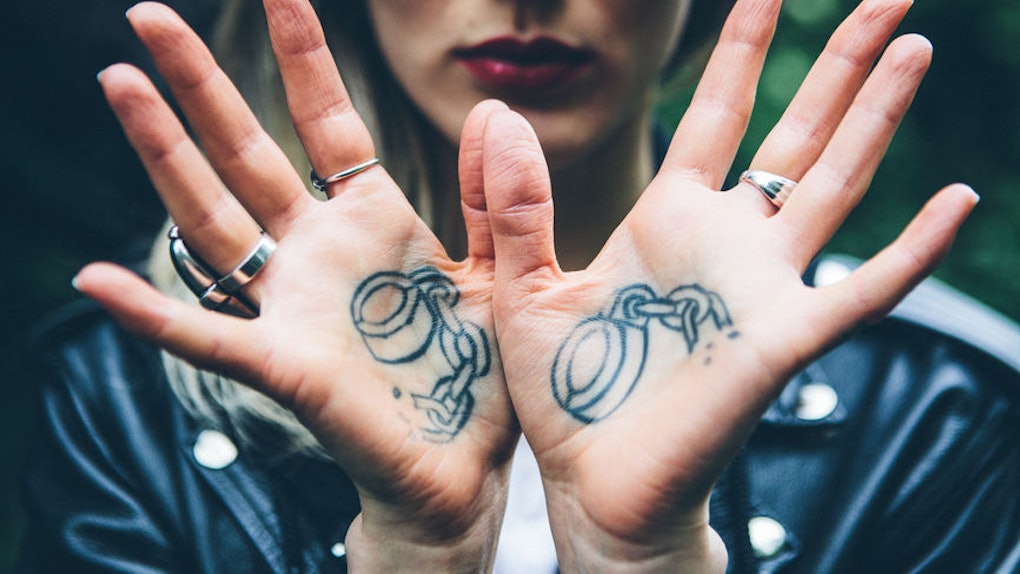 Want to know the secret to having mind-blowing, uninhibited, freaky AF sex? It's safety. Does that sound boring? Because it isn't. In fact, it's the hottest thing ever, because safety means freedom. Freedom to explore, to play, to unleash your desires — because it's only when you're free to let everything go and just get lost in the moment that you have the most incredible sex. Now, what do I mean by safety? First, taking steps to protect your health and prevent unwanted pregnancy so you can just relax. And second, establishing safe words for sex. Once you have those two things figured out and squared away, you are free to play any way you like best.

The reason it’s important to establish a safe word, even if your preferred sexual style is strictly vanilla, is that it sets an automatic boundary. As sexologist and relationship expert Lisa Hochberger told Elite Daily, "Consent exists on a continuum — it is a fluid concept and can be taken away at any time." Hochberger expanded on this, saying, “Safe words are an important boundary for sexual play because it provides a clear way for a person to communicate with their partner(s) that they are uncomfortable with whatever sexual behavior is currently taking place. Having a clear way to communicate 'no' is important to sexual health and safety."

OK, so obviously you want a safe word, but what makes for a good one? And how should you pick it? To answer that question I turned to Reddit, and here are the... well... creative safe words they use.

I use red, yellow, and green like traffic lights.

Red is obviously STOP NOW F***** STOP WHAT YOU ARE DOING NOW.

Yellow is a warning. Like hey, this is great and all, but if you don't change up the angle or ease up a little then I'm not going to be able to continue.

Our nonverbal is tapping, like how wrestlers tap out, because it just makes sense to me. If I can't tap him, I just hit the bed or whatever hard enough to get is attention.

Some picked words that are more personal and catch their partner's attention.

my SO's is "potato" because my pet name for her is sweet potato. I told her to pinch me if her mouth is unavailable

With my previous partner: "Maine." It just comes out really easily. And we had a touch system of some sort when he was choking me. Just something that we both understood without needing to actually clarify. With my current partner: "safe." Easy enough. I'm a fan of single syllables.

Some recommended having some non-verbal ways to say stop, too.

Snapping fingers quickly, because sometimes the mouth isn't available at the time of need.

Tune-humming. Something short and distinct. Can't speak a safe word while well-gagged, and snapping and clapping is right out when you're straitjacketed. ;)

Bananas. Because you know to stop when that s*** is bananas. B-a-n-a-n-a-s

And others just selected something random, but effective.

I didn't think of one beforehand, so I just blurted out the first word that came to mind: Umbrella. So now it's umbrella.

Aardvark. You can say it with a gag in your mouth.

I've used "cacao" on more than one occasion

My safeword is "teletubby", because it has the additional benefit of killing the mood.

Now that you're inspired, it's time to pick one of your own. Listen, just because having a safe word is serious business doesn't mean it has to be a serious word itself. So, have some fun! Pick something that's easy to remember and to say, because knowing you can stop at any time is what gives you the freedom to have the best time possible in the bedroom. Cacao! (aka The End.)