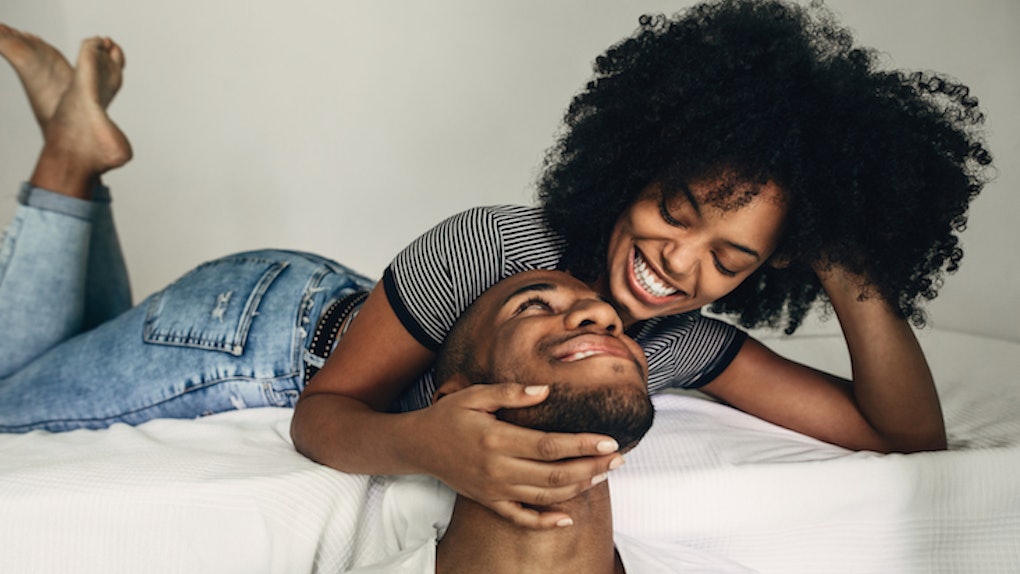 17 Turn-Ons For Women That Are Actually Pretty Subtle

Whenever someone asks me what my "type" is, I always reply that I don't have one because, well, the truth is a little harder to explain. I don't think I've ever been attracted to a specific build or certain facial features but I'm always starkly aware of tiny, random things guys do that I find attractive. In fact, I think most people would agree that turn-ons for women aren't always as straightforward as you might think.

Sure, I notice when a guy takes good care of his body or consistently smells amazing but my true kryptonite? His voice. In true chicken vs. egg style, I'm not sure if I like a guy's voice because I like him or if I like him because I like his voice but does it really matter? I don't think it does. Hearing a guy speak confidently when he's doing something as mundane as ordering a morning coffee or hearing the excitement in his voice as he's telling a funny story really gets me going.

When I have a crush on someone, I'll seek out opportunities to listen to their voice when I'm not around them, like sending them a voice note so they send me one in return or scrolling way too far back on their Instagram profile for a video they neglected to mute the audio on. I imagine what it would be like to hear them say my name or even talk dirty in bed. And when they finally do... wow!

I'm not the only one who finds random things surprisingly arousing, OK? Here are 17 women who admit to similar fantasies.

His veins...Ok hear me out, it sounds vampire-ish but I love it when he's lifting something and all of his veins bulge and he just looks so strong and muscular. I also like his bone structure. He has a sharp jawline and really strong cheekbones. I love him so much I just want to hug him and then climb him like a tree.

Evidently, we have a lot of vampire tendencies.

His neck. Idk, I normally don't give a shit about the appearance of necks, but his.... Oh my god. I can't describe it but it makes me want to give him hickeys.

I've never related more to anything in my life.

Running his fingers through/playing with my hair. Gets me every time.

Actually, this isn't weird at all since science proves you're naturally attracted to your partner's pheromones.

Armpit BO. That's only happened once though. Weird.

His natural scent! He smells so good to me when he's sweaty, it's not even funny. I just want to wrap myself around him and never let go, lol.

Yes! When he comes home after going for a run, I pretty much just tell him to go straight to the bed. He thinks it's gross when he's all sweaty, but I'm totally into it.

This is why guys should dress up for dates, too.

When guys sit with their legs apart, with their hands on the insides of their thighs.

Turns out, men with beards tend to be better at long-term relationships.

Very well maintained beards, I am talking about once so soft you barely notice when they touch your skin. It makes me want to sit on their face.

Let him know you appreciate him!

I'm attracted to dad bods. There's no way I can tell him. Lol.

Did someone mention Harry Styles?

I think hands are my biggest thing. I have this strong attraction to anyone who has nicely shaped hands with slightly long fingers and nice nails. If they wear rings (think harrystyles style) im practically melting.

It's not just that he has nice hands, either. It's what he does with them...

Every time i start looking at my boyfriend’s hands i just can’t stop imagining them lightly grabbing my hips/waist and pulling me closer... knowing how strong he is behind his (sometimes haha) gentle touch is enough to make me go insaneeeeee (and usually start thinking about the not as gentle touches).

My partners legs. He bikes every day to work and has for 15+ years and has these gorgeous, muscled legs that are thick and tattooed. I just stare at them when he’s in shorts, and try to ride behind him when we’re cycling together so I can oogle haha.

OK, I admit that I also pay attention to a guy's eyebrows.

He hates them, but I really love his eyebrows. They are thick, dark, and fit his face super well. It really highlights his eyes.

And to think, we never ask them to smile.

Finally! Someone else gets it!