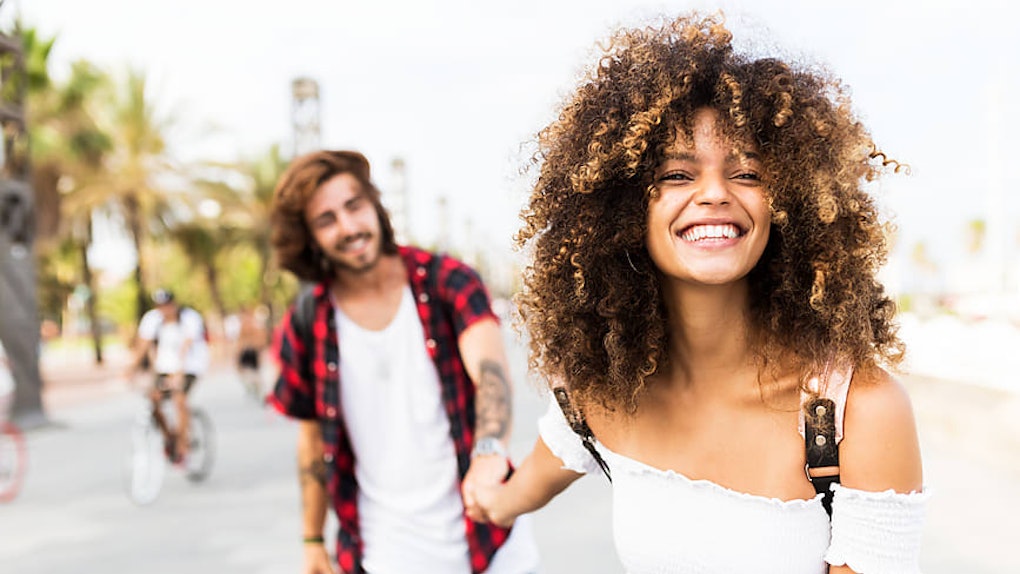 17 People Reveal The Lessons They Learned After Their First Relationship, & Ugh, My Heart

Breakups are never easy, but if there is one positive thing about them, it’s that they can teach you a lot about yourself, about what you want from future relationships, and, sometimes, about people in general. When you think about it like this, in the long run, breakups are kind of amazing. If you don't believe me, just look at how folks on Reddit responded when they were asked about lessons they learned after their first relationship. Some of them were moving, some were painful, but all were actually pretty profound. Heartbreak, it seems, is a harsh but incredible teacher.

But before we get too far along, I want to reflect a little bit about my first relationship lesson. When I think back to my earliest real breakup, the lesson I learned is that you can take the boy out the carnival, but you can't take the carnival out of the boy. And someday, no matter how much he tells you he's not about about that carnie life anymore, he's probably lying. Which is why, one night, he's going to call you and break up with you by saying he's going back. The lesson is: Find yourself a partner who isn't so nomadic. And, yes, this is a true story.

But enough about me. Let's see what important insights other people have had after their first relationships ended.

You don’t have to stay in the relationship.

Not to stick around because you think you're not good enough for anyone else. He was emotionally abusive and made me think I was the problem. Finally had the balls to cut him out my life a year ago. I'm f***ing triumphant!

You should never settle.

I learned to only date people you see yourself really ending up with. I heard a quote somewhere that sounded something like this: "I am not wasting my time on you. I see potential in you. I'm dating you because I could marry you."

Don't be so desperate that you'd date someone horrible just because you want to have a boyfriend, don't be so naive and trusting, and don't drop "I love you" all willy nilly.

To never settle for anything less than heart pounding, breathtaking, lust, love and friendship. Don't stay in a relationship because you're too scared to leave and/or because you're settling. Big beautiful world out there, go live in it.

That being stuck in a manipulative and abusive relationship is no joke, and it's hard to see how bad things are when you're in one. I learned what to look out for in all of my future relationships, basically.

Don't put up with anyone's bulls***, and don't change yourself to please someone else.

To never let anyone tell you who you are or what you are capable of.

never let him record you doing sexual acts, he will foward it to all his friends :/

To not be physically abusive. I was a teenager and I guess it felt acceptable because I grew up seeing my mom do that to my dad. She didn't cause any physical harm in doing so, and I didn't either, so I guess I grew up thinking it was an acceptable way to show frustration. It was our friends' shocked responses that made realize it's not acceptable. Otherwise I would not have connected with the fact that I'm causing harm, shame and embarrassment to me and my boyfriend. I'm in my 30' s now and have never acknowledged this until today.

Don't base your entire self-worth on what that person thinks of you. I had so much self-confidence because my boyfriend constantly built me up, and then he got bored of me and decided he could do better. When the relationship ends, you lose your confidence and sink into a depression until you realize you are worth something to people other than him. It's good to be confident, but make sure you're confident outside of one person's opinion.

That It Was All Worth It

Just because a relationship ends, that doesn't mean it was a failure or a mistake.

That sometimes even though you love each other and everything's perfect, circumstances can still come between you. Doesn't mean one of you did anything wrong, just shit happens. And that I'm always gonna love her.

People are willing to be with me. I am not as alone as I thought.

People are different. The fact that you split doesn't in any way invalidate the spent you time together. All that it means is that you are two people who weren't entirely compatible. It doesn't mean that you have failed or that you can't hold a relationship. The time you spent together went into discovering why you didn't work out, creating a deeper understanding of yourself. You know better what to look for in your next relationship. I mean, when it comes down to it, each relationship will either end in marriage or a breakup. Did you really want to spend the rest of your life with a person whose puzzle pieces didn't fit with yours? No, of course not. It's a learning experience, so you go out there again and find somebody who is a little closer to perfect.

It's so true. In order to find love you have to take risks, make yourself vulnerable and put yourself out there. Yes, that means you will get hurt along the way. But in the end, all the heartbreak and all the lessons you've learned along the way, will make it so worth it when you do find the right one (or ones!).