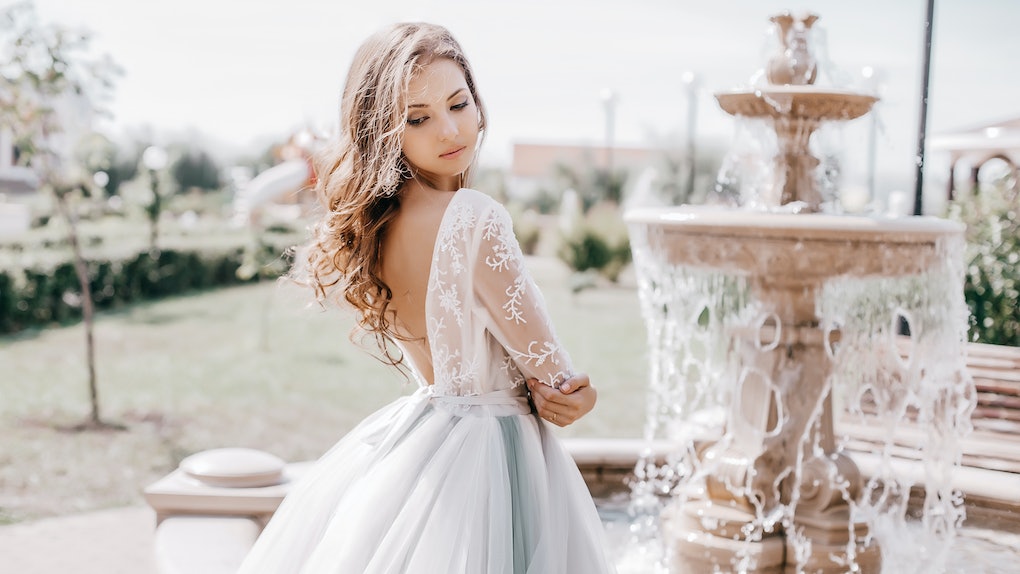 It seems fair for a bride to expect that, on her wedding day, she's going to be the star of the show. It doesn't matter if it's a simple backyard wedding or an opulent affair where the bride wears a Swarovski crystal-embellished gown and rides in on a white stallion — most brides appreciate having all eyes on her, at least for that moment when she walks down the aisle. Of course, like most things in life, weddings don't always go according to plan. If these stories about brides getting upstaged at their weddings prove anything, it's that you might not end up being the most memorable part of your own wedding, and that's OK.

Sometimes it's a guest who busts out too daring of a move on the dance floor. Sometimes it's an overtired ring bearer or flower girl. Sometimes it's a mother-in-law who apparently didn't the memo about the dress code. Whatever the case, brides should probably always prepare for the possibility of getting upstaged, because it happens. From slips and falls to fainting spells, Jimmy Fallon challenged people to share their best #WeddingFail stories on Twitter, and I've rounded the most cringe-worthy tales of brides who were eclipsed by unfortunate (and oftentimes hilarious) incidents.

Was this the grand entrance the bride was expecting to make with her new husband? Probably not. Am I glad that someone captured this moment for posterity? Absolutely.

On the bright side, his jacket was probably still looking pristine even after his fall.

Just saying, if she and Curtis end up together in 20 or so years, this is going to make for a great story.

Nobody puts Baby in a corner, but I honestly think these two would benefit from sitting in timeout for a little bit.

I can't decide what's worse: making this announcement during the reception, or standing up to object during the ceremony.

If this little guy tried to make the Electric Slide happen on the dance floor during the reception, I'd be all in. However, I can't say I blame anyone for not joining in during the ceremony.

All wedding ceremonies should have an official announcement about turning off your phones beforehand — officiant included.

Usually when people bring tissues with them to a ceremony it's for the purpose of wiping their happy tears, not their runny noses, but perhaps they should prepare for both possibilities.

Is the seagull OK, though? Can somebody go check on him?

It's hard to tell if he's being approached by his bride-to-be or by a set of headlights.

This Guest Who Flipped Out

He scores high for his back handsprings, but he definitely needs to work on his landing.

Shoutout to Grandma for working hard to get that perfect 'Gram.

This Fool Who Went And Ripped His Pants

Well, that's one way to tear up the dance floor.

To be fair, wedding dresses cost a lot of money — who wouldn't want to try to get a second wear out of one?

Here's hoping that, on your wedding day, no one can take their eyes off you. But, if someone does steal your thunder, here's hoping that it at least makes for a hilarious story later on.

More like this
25 Instagram Captions For Your First Post-Vaccine Date
By Corinne Sullivan
Zac Clark & Tayshia Adams Are Wedding Planning & I’m So Pumped
By Lydia Wang
When Are Ariana Grande & Dalton Gomez Getting Married? Here's The Reported Tea
By Corinne Sullivan
Stay up to date