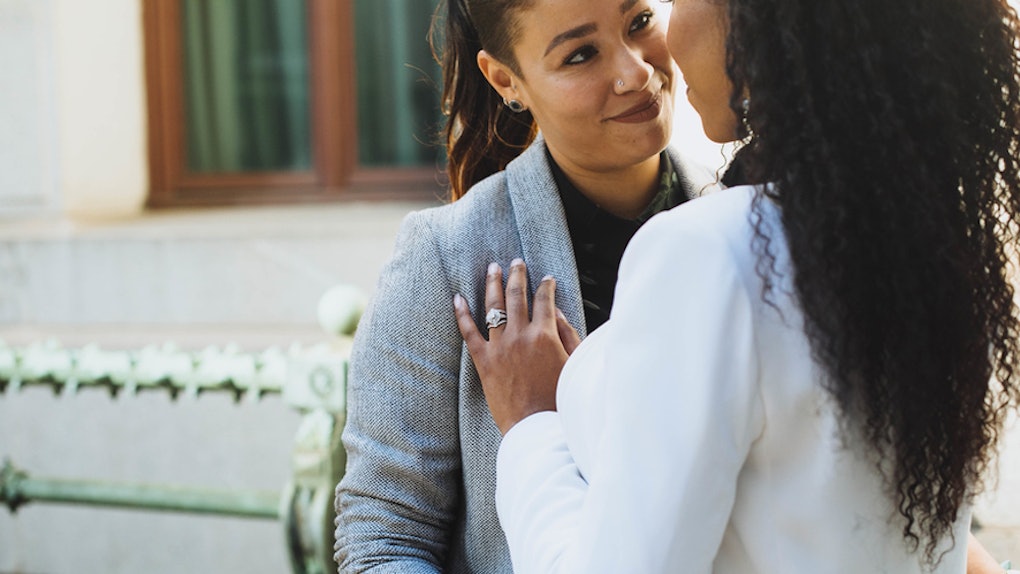 14 People Reveal How Many Relationships They’ve Had, Because Everyone Is Different

Whether you've never dated anyone seriously or you've been in a dozen relationships, you might be wondering what's normal in the dating world. The truth is, how many relationships people have had really doesn't matter — and whether you started dating at 16 or 30 doesn't, either.

Everyone's circumstances are different. I was allowed to date when I was in high school, but I knew plenty of people who weren't, for example. On top of that, while some people are interested in dating from a young age, others choose not to date until they're more settled into their lives and who they want to be. Then factor in how much harder (or easier) it can be to meet people depending on where you are and who you're looking for. Maybe you live in a small town where there are only so many new people on dating apps, versus a big city where meeting people feels like less of a big deal. Not to mention, school and work can affect how you date, too — you might have plenty of free time to dedicate to a relationship, or you might be focused on other things. In any case, everyone has a different dating story.

The point is, whether you've dated a little, a lot, or not at all, you're totally normal. But, if you're curious about other people's dating histories and if there are other people out there like you, here are 14 people sharing their real experiences and how many relationships they've had, courtesy of reddit.

Some Have Been In One Relationship So Far

I'm 18 and only 1 relationship. The end of that relationship can now lead to the next chapter of my life, a lot to look forward to

Some Have Had Two Or Three Relationships

23, 3 were serious but 2 of those I was more connected with. The first was only 3 months, 2nd was maybe a year, the last was 2.5 years (hurting over this one currently). Then I've had flings in between.

26 and 3 relationships. Been a serial dater (as in, constantly being in relationships with only a few months in between) since I was 17.

35 years old and 2 serious relationships, one lasted 2 years, and one I'm still in the relationship it's lasted about 4 1/2 years. I have no kids and I've never been married.

For some reason the 1.5 year relationship feels like death but the 14 year one was easier to deal with.

Some Have Had Four Or More

4, and I'm 26. The shortest was two months, the longest was two years.

I'm 35 and I've had about 7 relationships. One lasted for 7 years, and I was single for quite a long time too.

i am currently in my fourth relationship. we've been together for a year and a half, and i have no doubts whatsoever that he is the person with whom i will spend the rest of my life.

Some Haven't Dated Seriously Yet

I'm 21. Zero, unless you count middle school "going out" as a relationship. I don't.

None. I've had a few of potential boyfriend relationships where you act like you're together but you're not officially titled boyfriend & girlfriend.

If you don't identify with any of these relationship histories, don't worry, because guess what: You're still completely normal and your relationship history (or lack thereof) is valid. And in the end, no matter how many relationships you have or haven't been in, if you're looking for love, you're bound to find it as long as you stay open to it!

More like this
Each Zodiac Sign Gets Bored In Relationships For A Different Reason, Here's Yours
By Rachel Shatto
10 Romantic Texts To Send Your Partner Just To Say "I Love You"
By Cosmo Luce
7 Reasons A Libra & A Pisces Make The Ultimate Power Couple
By Courtney Dercqu
Stay up to date