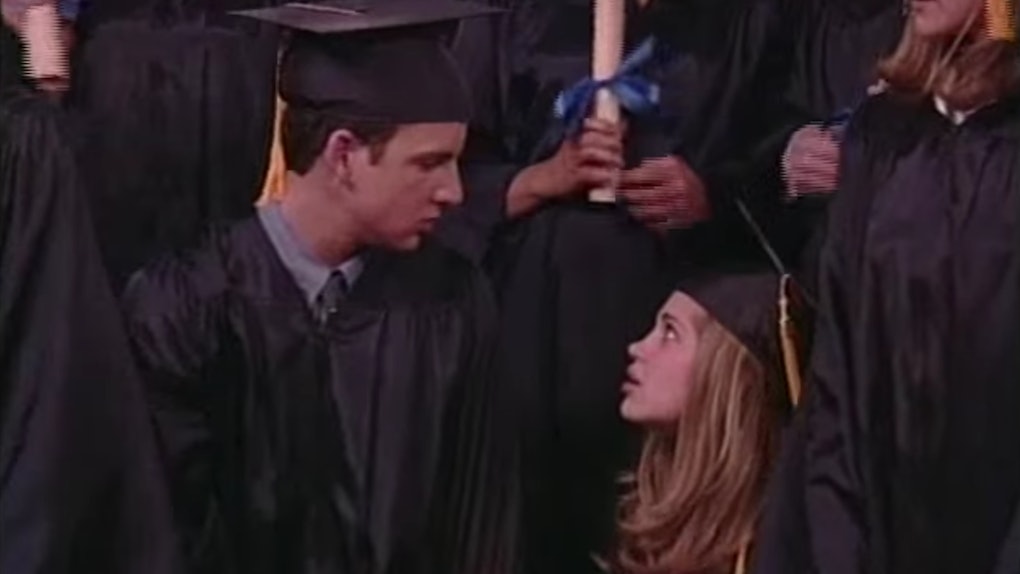 11 Best TV Proposals That Will Forever Melt Our Hearts

Television gives us so many moments that make our hearts drop. It can do things that movies can't, in the fact that it makes us fall in love with characters and really root for them along their journeys because we have more time to get attached to their stories. In addition to characters, we can also fall in love with couples and get dragged along as writers feed us angst, heartache and joy with their relationships. The best TV proposals will forever make us swoon and hopeful that our faves will be together until the end.

Some people ship couples more than others, but there's no denying that the on-screen couple's happiness makes you just a little bit happy as well. From viewing their best moments to being with them during their lowest lows, TV viewers can definitely get swept up in the romance of it all. While some of the couples below had the most swoon-worthy proposals, not all of them had picture-perfect endings, but we still keep coming back. While normal day-to-day life may be boring or not going so great, it's nice to escape to these made-up worlds and root for a fictional couple, to take our minds off real life, if only for the three minutes it takes for our fave character to propose.

Spoilers below for the various TV shows.

1. Monica And Chandler From 'Friends'

If you watch this proposal and don't shed a happy tear, you're lying to yourself. It's equally mushy, adorable, and funny.

It's incredibly heartwarming to see these two people, who love each other so, so much, express themselves in such an iconic way. And the fact that Monica starts to propose first?! The most perfect moment for one of the best TV couples of all time.

2. Barry And Iris From 'The Flash'

Growing up in the same household after Barry's mom died and his dad was put in prison, these two have been inseparable and best friends since they were 10 years old. But up until the third season, we weren't sure if they were really going to get together. But damn, when they did, it was downright magical. And in the musical crossover with Supergirl, these two finally solidified that they wanted to get married, and it came from the bottom of their hearts.

Plus, Barry singing a gorgeous song about how she'll always be his home? Yeah, sign me up, because this is definitely my type of proposal. Not to mention, Supergirl herself sings this song again at their wedding which just brings it full circle! The tears, they're coming down again.

3. Blair And Chuck From 'Gossip Girl'

Chuck and Blair are the tumultuous pair who everyone loves. They brought out the best in one another. After so many seasons of back and forth, on and off, they finally caved and a proposal was imminent. It was at a time of crisis, because Blair wouldn't have to testify again Chuck about his father's (second) death if they were married, but after they established that it's genuine and not just due to the sword over their heads, the ending was gorgeous.

"Life with you could never be boring," is so swoon-worthy. And the great thing is we didn't even have to wait long before the actual marriage! It all happened in the same episode.

4. Derek And Meredith From 'Grey's Anatomy'

Simple proposals are great, but this one was detailed and so touching! The way he went through each save that they made together, and how it coincided with his growing feelings for her was beyond sweet. He then told Meredith he wanted to spend the rest of his life with her. Despite some rocky parts, Meredith and Derek had one breathtaking proposal.

5. Jackson And April From 'Grey's Anatomy'

Even if you never saw Grey's Anatomy, this proposal was insanely addicting and there was so much drama packed into two and a half minutes.

After April was proposed to by a flash mob, which lead to this wedding, Jackson stood up and professed his undying love to her. It was suspenseful because we didn't see her reaction right away, but it was also so endearing how he loved her all this time and felt so strong. They're adorable, and even though it wasn't a typical proposal, it lead to a marriage, and that's beautiful.

6. Finn And Rachel From 'Glee'

Finn and Rachel were off and on, and treated love how a lot of high schoolers do (with a tad bit of immaturity), but their love was pure and true.

His proposal was sweet, genuine, and based in love. Finchel may not have been endgame, but they were so in love while they were together. Rachel eventually said yes to marrying Finn in the most Glee way possible (after coming to the revelation through song), and it was one of the most epic Glee moments ever.

While it may not have been at the best time (during high school graduation), it was in the moment and so beautiful! Cory and Topanga were just one of those couples who you feel the need to root for, and of course feminist icon Topanga Lawrence asked, which made it all so much better. The two eventually got married and conquered college together, and they truly make us believe in love.

8. Peyton And Lucas From 'One Tree Hill'

One Tree Hill never failed to feed us drama in each season. And since Lucas had feelings for Peyton since season one (but then had other love interests along the way), this mini proposal was a long time coming.

It was super suspenseful during the season five finale, but he asked someone to get married in Las Vegas. And in season six, we see that it was Peyton and the two couldn't be happier to be together. Anything Chad Michael Murray does is worth swooning over, but this one was a no-brainer.

9. Leslie And Ben From 'Parks And Recreation'

Literally the cutest couple, Leslie Knope and Ben Wyatt will forever be goals AF. From disliking each other to being deeply in love, these two were always just too CUTE. There's no other way to say it. From his heartfelt speech to Leslie's crying and her insistence on remembering everything and taking forever to do so, this was funny and sweet, all at the same time.

This duo had so many great moments, and this one is definitely up there among the best. If you can love someone as much as Leslie loved Ben (which is more than waffles, so you know it's real), you've got it made.

10. Alex And Maggie From 'Supergirl'

One of the most beloved LGBT couples on TV, Alex Danvers and Maggie Sawyer (aka Sanvers), have a relationship some can only dream of. At the beginning of the season, Alex didn't realize she's gay. It wasn't until meeting Maggie when she realized it's because she's a lesbian. Maggie not only helped her come to this realization, but the two fell in love and, in turn, created one of the best coming out storylines on TV.

After Kara (aka, Supergirl) lost the love of her life, Mon-El, she encouraged Alex to treasure Maggie and never let her go. And while this proposal was short, it said all that needed to be said between the two to know that they wanted to be together and get married. Of course, if you're a fan, you know it didn't end up working out, but this proposal is still so swoon-worthy.

The Office is known for its hilarity, but has its heartfelt moments, too. Pam and Jim brought us a ton of those with this one, of course, included. There wasn't a ton of hoopla and Jim didn't need to say much because Pam knew they should be together, too. The rain, of course, added a romantic effect, and that's what made it so special.

More like this
21 Taylor Swift's 'Fearless' Lyrics For Throwback Pics That Belong On The 'Gram
By Rachel Chapman
Who Did Emily Poison? 'The Handmaid's Tale' Season 2 Is Off To An Intense Start
By Ani Bundel
In 'Riverdale' Season 5, Toni Topaz Is The Black Superwoman Without A Cape
By Erika Hardison
Stay up to date