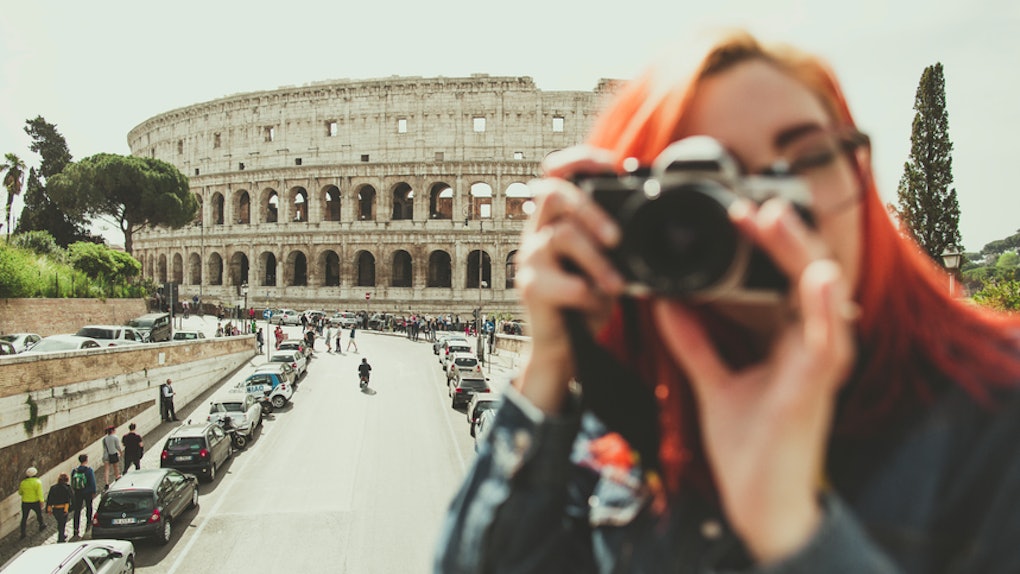 Italy is one of those magical places that really lives up to the hype surrounding it. It's gorgeous, it is overflowing with culture and history, and the food needs to be in a category all by itself because it is so much more than just food. These are just a few things you'll miss about studying abroad in Italy after you leave this dreamy country.

Most people who study abroad stay for only a few months, but those months will honestly change your life. Not only are you taking in the culture and cuisine, but you're also living in one of the most historically-rich places in the world. I was in Florence and never wanted to leave. Of course, I had to if I wanted to graduate college, but everyday I want to go back. Looking at all of the amazing pictures I took while I was there just makes that urge to travel back all the more powerful.

Not everyone lives with a host mom, but she is also a big part of my Italian experience that I miss. She helped me learn Italian to where I was comprehending it almost fluently — which was necessary since she spoke no English — and her nightly dinners were sinfully good. But despite possibly not having one, there are a ton of key aspects we'll all miss.

Like I've said already, and like I will continue to say until my voice gives out and I can no longer speak, the food in Italy is out of this world good. Even though pasta and pizza are what Italy may be known for the most, there are still so many variations that you'll never get tired of it — and there's also so much more than that. Different areas of Italy have their own specialties and they range from exotic bologna to fish of all kind.

For dairy and non-dairy eaters, gelato is a must. No matter what your body can handle, you haven't lived until you've eaten Italian gelato. It's a whole other ball game than just ice cream, and once you have this, there's really no going back. It's rich, creamy, and bursting with flavor. And speaking of flavors, there is an insane amount to choose from and so many shops! It's pure heaven.

Clubbing in Italy was the best time mostly because the music was great. There is a perfect mix of American music as well as Latin music (which Italians surprisingly love).

The clubs there have a really great energy and they're all just super interesting. Some are obviously better than others, in my opinion, but they all make for great memories with your study abroad friends. Of course, be vigilant and careful as you should.

Wine is every girl's best friend, and if you are wino, Italy holds all the secrets to the best wine. No matter which city you visit, they have their specialty wine and you can get a ton of bubbly.

In Florence, Chianti is produced around there and it's beyond impeccable. Also, even if you don't want super fancy wine, you can also buy decently-sized boxes of wine for less than three euro, and it's still good wine. Try doing that in America and you get crap wine (for the most part).

5. Your Love-Hate Relationship With The Trains

Flights in and out of the bigger cities are expensive, so traveling to a nearby, smaller town's airport will not only save you money but also allow you to use the Italian train system. It's all pretty well-connected and cheap.

You can also use a bullet train (or Frecciarossa trains). All of Italy is beautiful, and this a great way to see more of it when going from place to place. Of course, the workers have a tendency to go on strike a lot (called Sciopero), so plan according to that.

Flights around Europe are super cheap, so take advantage of it! While Italy is amazing, another amazing aspect is that you can travel in and out of it on a budget. Plus, if you want to travel somewhere further north or south from where you are in Italy, a plane can be easier (and obviously faster) than the train.

Being from a big city makes living in Italy feel really odd because the lifestyle is so different. No one is going fast paced, everyone is chill as hell, and you just feel like you're floating on a cloud when you're there.

Your urge to go nonstop (which is super America) kind of dissipates while you're abroad. It's so nice and lets some anxieties slip away as well. With this newfound chill vibe, do something spontaneous like cliff diving or get on a boat from one town to the next in Cinque Terre.

Much like food is different in Italy, so is coffee. From the way it smells, to how it's made, to what it tastes like, it's completely different than what we know in the States.

They don't really do "drip" coffee, but you won't really miss it since the cappuccinos and lattes are bomb as hell. And let me tell you, they are super strong (and taste like they are, too). Be prepared, but also know you'll fall in love with it.

Even if learning Italian isn't on your radar or bucket list, it's going to happen, even if it's only a little bit. And honestly, you should want to learn Italian because it's gorgeous and useful when you're there.

In smaller towns that are less urbanized, a lot of places may only speak Italian. The cadence of it and being able to understand it is a skill you'll miss once you lose it.

10. The Immense Art And History Of Italy

Considering how old Italy is and all the culture infused within, it's no wonder that it just oozes with it. There are countless museums, and each one has artifacts that are native to the area and have seen centuries of time pass by. There's so much of it, you can't possibly see it all when you're there, so on top of missing being able to walk past a thousand-year-old structure, you'll also miss the opportunities you had to visit them at all.