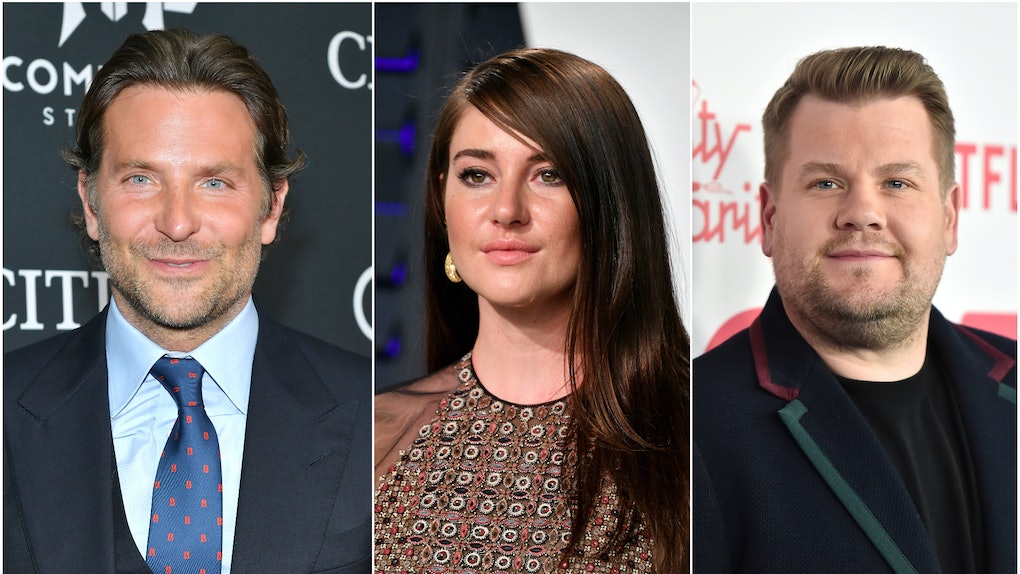 Most actors resort to humble beginnings in order to launch their professional careers, so it's no surprise that many of today's biggest names acted on TV long before their big-screen debuts or even greater TV roles. In Hollywood, TV can essentially equate to actors' college experience before they hit it big in the "real world" of movies. They may not pop up on our favorite networks regularly anymore, but these stars who were low-key on TV before they were household names have me feeling nostalgic AF.

Of course, there are some obvious examples of actors transitioning from second fiddle to leading star. John Krasinski shared looks with the cameras of The Office long before starring in a flashy lineup of action movies, while Chris Pratt was still playing a lovable goof on Parks and Recreation when he underwent his drastic Marvel makeover. Before he became America's favorite dad on This Is Us, Milo Ventimiglia was a bad boy on Gilmore Girls, and every girl in The Sisterhood of the Traveling Pants had worked on or would soon star in a network series when the movie premiered. But whose TV beginnings have we completely missed or forgotten about?

Whether they're now Oscar-winning actors or internet heartthrobs, the stars below have definitely skyrocketed since they first started on TV. Check out some of your faves' earliest work!

To be fair, U.K. audiences claimed James Corden as a beloved star long before he began impacting Americans as a late show host, but discovering his resume of British work is a goldmine for newer fans. Corden co-created, co-wrote, and starred in BBC comedy Gavin & Stacey from 2007 to 2010, which followed the speedy romance and marriage of an English man and a Welsh woman who subsequently brought together their eccentric friends and family. Corden played Gavin's loyal best mate Smithy who could never say no to a night out or a trip to the pub. Viewers unfamiliar with British comedy may take some time to adjust to the series, but Gavin & Stacey's three short seasons fly by in a fun whirlwind.

Former Disney Channel star Jake T. Austin originated the role of Foster sibling Jesus, but solid lookalike Centineo took over in Season 3, first appearing when Jesus returned from boarding school under shady circumstances. Centineo remained on the series until its June 2018 finale, which aired only two months before audiences first fell for his Peter Kavinsky in Netflix's To All the Boys I've Loved Before. He has since guest-starred in The Fosters' ongoing spinoff Good Trouble, but Centineo is a little busy being the internet's boyfriend right now. If you have TATBILB to thank for discovering him, realizing that you have years' worth of his TV footage to catch up on is quite the treat.

He's now an Emmy-winning actor best known for his groundbreaking music and his work on the series Atlanta, but Donald Glover first captured mainstream audiences' attention on the NBC series Community. The comedy focusing on adults in a community college study group never quite reached a wide viewership, but its writing was praised throughout its six-season run. Glover played Troy, a former football star who lost his scholarship to a top college.

Starring Joel McHale and Chevy Chase, Community was also a major starting point for future GLOW actress Alison Brie. Given the darker comedy of both GLOW and Atlanta, it's definitely entertaining to see Brie and Glover embrace their zanier sides here.

Before there was ER and Grey's Anatomy, St. Elsewhere was the go-to medical drama. Running from 1982 to 1988, the series followed teaching doctors and their interns at a slightly dilapidated Boston hospital. In the decades after St. Elsewhere aired, a good majority of its stars became well-known names, but the show has primarily gained a reputation for providing a young Denzel Washington with his big break. Washington played Dr. Philip Chandler for the entire series before mega movies began scooping him up in the late '80s.

If you don't understand people of all ages swooning over present-day George Clooney, then you clearly haven't watched his younger self on ER. Similar to Denzel Washington on St. Elsewhere, Clooney shot to recognition by playing Dr. Doug Ross on what was the longest-running primetime medical drama before Grey's Anatomy surpassed the record in 2019. He was only a main character for ER's first five seasons, but that was enough time for the rest of the world to take notice of Clooney and his talent.

6. Shailene Woodley ('The Secret Life of the American Teenager')

Before Freeform regularly produced bold, sexy content about young people's lives, its predecessor ABC Family was a little slow to figure out what kind of TV worked best for itself. The Secret Life of the American Teenager was one of its earliest hits, following 15-year-old high schooler Amy as she navigated an unexpected pregnancy. As Amy, Shailene Woodley was awkward and relatable, foreshadowing many of her movie roles as teenage daughters and high school students. Woodley hit a new level of recognition when she played Jane in 2017's Big Little Lies, but to some, she'll always be the shy French horn player at Grant High.

At the time, Katie Holmes was the bigger female face of teen drama Dawson's Creek, but who would've thought that new girl Jen would grow up to be Oscar-nominated Michelle Williams? As a New York City transplant who landed in the sleepy town of Capeside, Jen was always suave and sophisticated, but she had her elusive side. This behavior totally foreshadows Williams' eclectic mix of acclaimed roles, and after years of high-profile movie work, she's currently back on TV in the FX limited series Fosse/Verdon.

Available On: Amazon Prime (for purchase only)

Cooper appeared regularly on Alias' first two seasons, but as he revealed to GQ in 2013, the workload wasn't enough to satisfy him and he asked to be written off the show. Given Cooper's recent rise to become Hollywood royalty, it looks like the decision paid off.

McCarthy appeared as Lorelai Gilmore's best friend Sookie for Gilmore Girls' entire run. While Stars Hollow was packed with wacky residents, chef Sookie was one of its more low-key ones, probably explaining the surprise when McCarthy became a household name through playing loud comedic roles in the show's aftermath. Although she scored an Oscar nomination for her hilarious stint in Bridesmaids, the actress has recently received praise for her dramatic work, earning another Oscar nomination for Can You Ever Forgive Me?. Jack Pearson isn't the only success story coming out of Luke's Diner!

She became famous thanks to her role on House, but Olivia Wilde's first big TV stint was as Alex Kelly on The O.C. Appearing throughout Season 2, the rebellious Alex famously dated both Seth and Marissa, leading to the kind of drama synonymous with The O.C. Wilde now has her feature directorial debut Booksmart hitting theaters in May 2019, but as she and many other stars have proven, getting started on a teen drama can lead to great adventures for an actor.

What big stars had TV beginnings you loved?

More like this
17 Tweets About Simu Liu In The 'Shang-Chi' Teaser, From Proud 'Kim's Convenience' Fans
By Dylan Kickham
Kathryn Hahn Hopes To Explore Agatha's Backstory In Future Marvel Projects — EXCLUSIVE
By Dylan Kickham
Here's How To Stream 'Nomadland' So You Can Finally Get The Hype
By Rachel Varina
Stay up to date