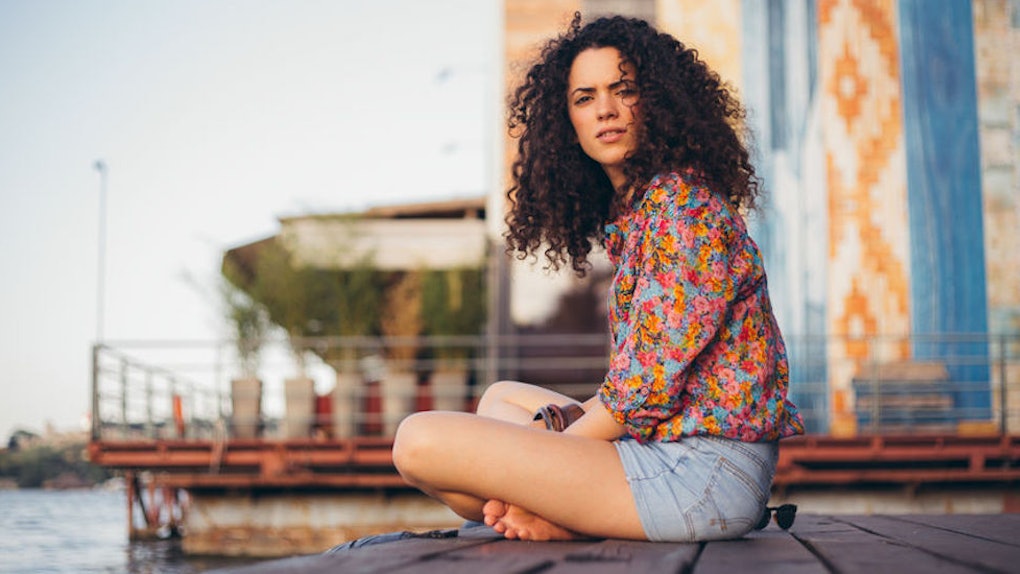 When I suspect a partner might be cheating, I turn into a different person — one with a whole set of sleuthing skills I didn't even know I possessed. Yep, if I feel like they might be keeping something from me, I am not too proud to go full Nancy Drew on their social media, take a peek at any notifications that pop on on their phones, and just generally stay hyper aware for any clues that there might be shady shenanigans afoot. And it works, because when people reveal how they got caught cheating, it's usually because their partner already suspected something was up.

Now, don't get me wrong, I don't condone cheating (especially on me), but the one upside of people stepping out on their SOs is that getting busted can make for a really great story. What can I say? I like my Reddit confessions to come with a healthy side of schadenfreude. So, when I see a thread (or threads) about getting caught cheating, I grab the popcorn and get to reading. To share some of that joy, I’ve gathered up some really cringeworthy (in the best way) stories of people confessing how they got caught cheating by their exes. Don't make the same mistakes they did. Stay loyal, y'all!

My iPhone synced to her roommates laptop revealing a treasure trove of nudes I had saved in my camera roll. Years later iPhones now ask you if you want to trust a computer you’re charging from. Rather than just syncing.

After hours texts that I slept through but the wife did not....

I saw she had a different brand of condoms than I use in her bag. I Checked her phone when she was in the shower and confirmed it.

We went out and when the bar closed I decided it was time for me to go home. She and a few friends decided to go clubbing. Next morning I woke up in an empty bed. Directly to voice mail when I tried to call her. Started to worry and decided to track her phone. It was located in a hotel, I called and asked for her room. I was transferred to the room and a guy picked up.

Was on a "break" with my girlfriend at the time. Got a text from a girl that had mutual friends with and knew each other kind of well - started having dirty conversation, talking about sleeping together, etc. Turns out my girlfriend at the time had gotten a burner phone with a different number and was the one sending me the texts the whole time. She was not pleased.

Maybe late to the game here. But when I was at college we had this campus twitter account that people would post pictures of random people caught making out at parties to. I blacked out one Saturday night and woke up to a few angry texts

That awkward moment when your both dating for 7 months and then you both find each other on tinder close to you 8 month mark. It was kind of hilarious because we both were like, “hmm that kinda checks out... wanna see other people?” And so we both broke up but still stayed friends and kept out friend group together even till today.

My girlfriend is probably the best investigator this country has ever seen. I was at a Mets game and someone in our group took a group picture with about 50 people in the bar attached to the stadium, and she posted it to IG. My girlfriend saw the picture decided to click on everyone's name who was tagged. One girl tagged in the picture was the girl I was banging on the side. When she happened to come across her IG profile she noticed that I had liked a majority of her pictures. She then went to my page and noticed that she liked the majority of my pictures. Girlfriend then snooped the other girl's Facebook, and happened to see a conversation she was having with someone else, and the girl (I was banging on the side) gave her number out in that conversation. My girlfriend wrote it down. She then broke into my phone company's account and saw that we had been texting/calling for months. When I was asleep she got into my phone and texted the number (which came up under a guy's name lol) and the text said "when are we f*cking again?" And the response was "when do you want to" I was dead in the water. No way out. See ya.

I caught my boyfriend of two years. He had asked me to proof read his paper on his Mac and the text messenger popped up in the right hand. He was sitting in his bed texting some girl "goodnight I love you" while sitting right next to me in his bed. I deleted his entire paper, wrote "who's Marissa?" saved it and told him it looks great and left. She was his girlfriend of 8 years who lived next to his parents 2hrs away.

Cops showed up at the door with a paternity summons.

OK, these last two might be a bit of a cheat (see what I did there?) but after hearing all of these stories, sometimes you just need a bit of real justice to cleanse the mental palate. These stories of infidelity prove that not all heroes wear capes, and that really, all you need is a little bit of intuition, a delete button, and the courage to say, "Bye!"