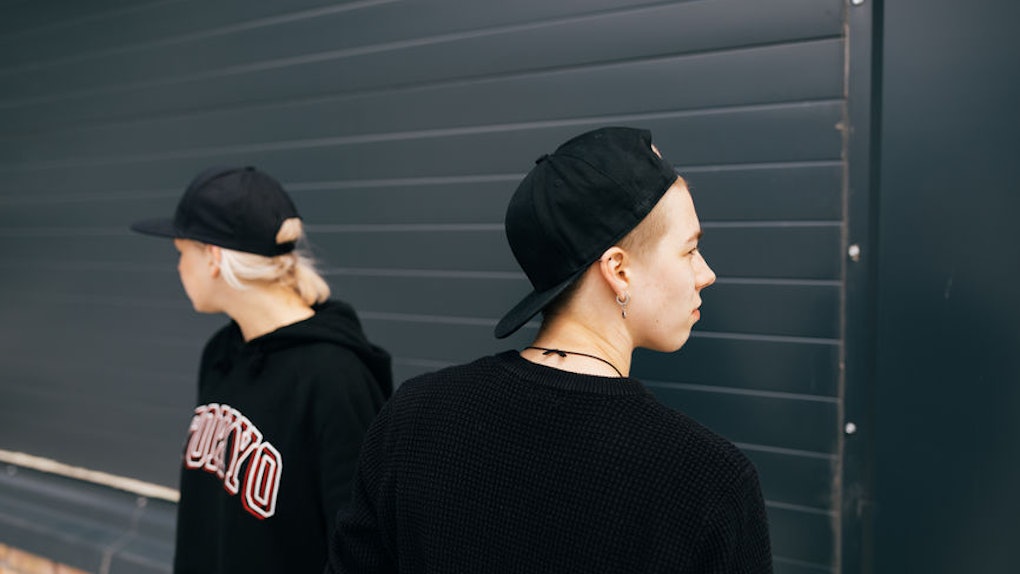 10 People Revealed The Worst Fight They’ve Ever Had With A Partner, & Yikes

Chances are at one point or another, you and your partner will fight. Whether it's over something that's may seem insignificant, like a towel left on the floor, or something that's could feel like a big deal, like your partner constantly talking to their ex, it's probably going to happen. And that's OK. It's normal to have it out with bae from time to time, as long as you're not constantly fighting. Sometimes, talking to friends and hearing about the worst fight they’ve ever had with a partner can be helpful in understanding the reason for your disagreements.

While it can be easy to think that most couples may not fight as often as you and your partner do, it's very possible they do, and you just don't know about it. People tend to show off the good parts of their relationships and not so much the bad. So, just because Jackie from Marketing's pictures with her partner seem like the definition of a perfect, happy couple, doesn't mean they don't clash every once in a while.

If you begin to feel like you and your partner are going in circles, fighting about the same things time and time again, you may want to consider talking your fights over with each other, a friend, and if need be, a therapist. But if you're just looking for a little bit of comfort after a really nasty fight with bae, you may want to mull over it with these Redditors' worst fights. And always remember: Even if it seems like it sometimes, you're not alone. You and your SO are not the only ones who need to have a screaming match sometimes. I promise.

It was all because of a misunderstanding.

I said something, he misunderstood. 12 hour fight.

It was ridiculous, instead of just being willing to accept that there was a mistake, he just stewed in it and argued in circles. I apologized for the misunderstanding but apparently that wasn't good enough. I'd tell him what I actually meant but that doesn't matter because his misinterpretation still hurt his feefee.

I had work the next morning and had to be up by 7AM and he'd still call and harass me. He tells me sh*t like, "IF YOU HANG UP THE PHONE THEN WE'RE DONE. I'M DONE." And I hang up the phone and he calls 10 seconds later saying he will give me another chance.

Money has a habit of always coming up.

Not my current SO, but with my ex. I don't think there was one particular fight that was the worst but the worst fights always had a theme that showed how he had no concept of money and how fortunate he is.

I was eating breakfast with him and I was watching something on the news about healthcare. I just wanted to start a conversation about what he thought about the current state of medical insurance. He told me he doesn't care about that stuff and it just depresses him. I was just like okay. Then he got pissed off at me for being quiet and said I always get upset at him and proceeded to start an argument in public. I was so mad because I literally was only trying to make conversation and, yeah, I didn't have money like his family, considering his mom is a CEO and I was on medicaid. I think that fight lasted for a whole day with him just stonewalling me and then somehow telling me I was the issue.

She blamed him for something she was doing.

I got simmering-type angry after she started developing a pattern of not listening to me and interrupting me in mid-sentence when I was responding to something she'd asked. When I pointed out that it was really getting frustrating and tried to get her to stop, she told me it was my fault because 'I took too long to say things' (and we both knew that was a feeble excuse, she just wasn't controlling herself).

It was the only time I went to bed mad and had it actually carry over to the next day — and I will never do that again.

The smallest things lead to the biggest fights.

My ex-girlfriend and I once got into a brutal argument that lasted for days... over toothpaste.

We were living together and grocery shopping for the week when I put a tube of toothpaste in our basket. She huffed, put it back on the shelf, and snapped that she hated how f*cking forgetful I could be because we already had toothpaste. I jokingly told her we were about to run out and maybe she'd know that if she wasn't a middle-of-the-tube-squeezing animal. We nearly got into a screaming match at the supermarket over it.

I should also add that although I was totally in the right during our argument, I f*cked up a couple weeks later when I thought it had blown over and we could laugh about it. I bought a 12-tube value pack from Sam's and hid it under our bathroom sink as a joke, then slept on the couch for a few days.

Sometimes, you just need to scream (and throw stuff).

Walked in on him spooning with a girl.

Let's just say, you don't know your true crazy potential when you get that angry that fast.

I remember smashing an ukele I bought him into the floor when I was screaming at him and godd*mn was that a satisfying feeling.

There are times where you don't even know why you're so upset.

Me and my husband had one of those weird relationships that people didn't seem to 'get' from the outside. We never fought. Quarreled? Bickered? Sure. No big fights. No major arguments. Nothing. 10 years.

Then, we had a baby.

I hated him. I can't even explain it now. People were quick to jump to PPD. I went to counselling. I was medicated. I never hated my baby. I never hated motherhood. I hated HIM.

2 years down the track and I"m not sure I can explain it. I guess we could unpack it all in therapy if we wanted to. We're fine. Everything's fine. I don't know what happened now I look back.

Hey, you can't control your dreams.

At one point when we were dating, my ex-boyfriend got really mad at me when I wouldn't say that I absolutely never ever dreamed about other men romantically/sexually while I was asleep. My rationale was that I don't even remember most of my dreams, so maybe it happened. His rationale was that it was extremely hurtful to think of us cuddling together at night with me dreaming about someone else.

He yelled at me and I stormed off in a huff.

He let his anger get the better of him.

The worst fight was a screaming match with my ex-wife (she was cheating and other stuff) and I smacked my closed fist against a hard surface that was not near her, a few times.

Time apart can work wonders for your relationship in the long run.

I can't remember what it was about, but I think it might have been intimacy related. My SO was depressed at the time — had been for over a year — and the discussion exploded in our hands. He was so cruel and callous I barely recognized him. I became so angry and hurt by the things he said that I went for a walk when he didn't respond to me. (I've never been that angry and hurt before, to the level that i would take a walk to cool off at 4 a.m).

When we woke up the next morning he packed his things. Told me that what he's going through is hurting the both of us (correct) and that he needed time and space to sort himself out. We ended up separating for about 6 months. He's better now.

She just wanted some tea.

I was sick with the flu and had a vignette assignment durn that I of course procrastinated till the last minute. I worked all day, went home and stayed up ALL night to finish that assignment, then went to work the next morning — on no sleep whatsoever. I knew I was cranky, SO was well aware I had stayed up all night and I texted him earlier in the day asking for a quiet night, explaining I wasn't super cranky. He should have been prepared. I texted my SO "I'm almost home can you start the kettle? I need a cuppa." He READ this message. I got home — the kettle was cold and he was playing video games. Oh my god I lost my mind. I almost kicked him out right then and there. Never before or since have I yelled at him, never before or since have I been so crazy angry. I threw the kettle on the floor, sat down and cried in the middle of the kitchen. He stood shocked for a minute and then carried me to bed, tucked me in, and woke up before my alarm the next day to have a cup ready when I got downstairs. We still joke about it.

Some of these fights may be nothing compared to the one you had with bae last night, and others may be 10 times worse than anything you and your partner will ever get into. The point is, couples all around the world fight. Granted, if your relationship becomes more fighting than anything else, then it's totally fine to sit your boo down and talk things through. Reevaluate your communication, if you have to, or come to some other conclusion. But whatever you do, make sure you and your partner always feel loved and supported by each other.