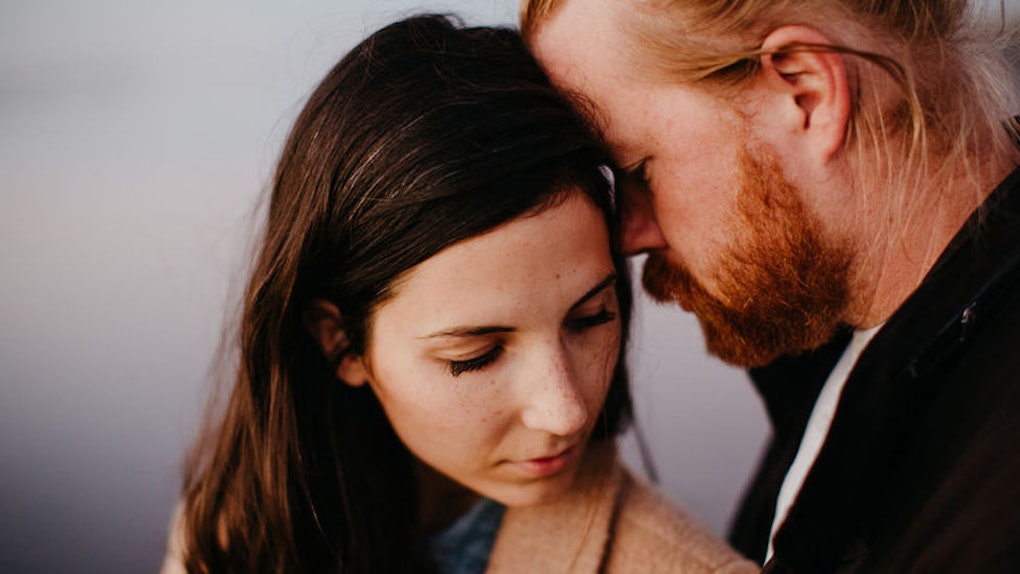 10 People Reveal Why They Got Divorced, & Honestly, It's So Sad

It’s easy to understand why people get married. We all want to love and be loved in return. What's harder to understand, and what we often don't like to think about as much, is why marriages end. But if you are even thinking about heading down the aisle, it’s probably a good idea to have some idea of what potential problems could be down the road. In other words, make an educated decision. This is why Reddit is so valuable. In a recent thread, Redditors were asked why they got divorced and their answers were both super illuminating and, honestly, kind of heartbreaking.

While the end of a marriage is a sad thing for sure, upon reading through the hundreds of comments, there were some very interesting and ultimately helpful patterns that began to form. While everyone's story was a little different, there were common problems that kept coming up. And these issues and patterns are something that anyone thinking about heading down the aisle should really consider before taking that step. That way, you address them right away, long before making things legally binding.

Here's what people on Reddit say ultimately derailed their marriages — and, warning, this is very powerful and occasionally upsetting.

I was too young (married at 23 to a 30 year old) and we simply couldn't make it work — we became different people from when we had first gotten together and had a fairly amicable split.

One of our main problems was that we had never really discussed the future properly (in detail, not just 'oooh won't it be nice when we're old'!) and I think we both assumed a lot about the other's priorities. For example, I am very urban and he wanted us to move to the countryside. Neither of us was 'wrong', we simply weren't right for each other.

So the advice I would give is — make sure you actually talk about what you both want and don't just assume things will work out because they might not.

Constant jealousy and suspicion was a marriage killer.

Well, he checked my email and phone records. Showed up at my job and sat outside trying to "Catch" me doing something, that I was never doing.

Came into my work and pitched a hissy fit when I was interviewing a gentleman for a position and caused a scene because he had just "caught me cheating".

Got drunk at his work Christmas party, then when I cut him off, curled up in the fetal position in front of the front door and began sobbing. People had to step over him to get into the restaurant.

He cheated on me with a soldier's wife... He placed an ad on adultfriendfinder.com for a "little action on the side."....I could go on...but why?

He committed a crime. Yikes.

Two years into my marriage he was arrested for embezzlement. Never found out what he did with the money. He didn't put any of it in our joint account and he certainly didn't pay off my credit card that he maxed out.

He's worked for a few hotels as a GM and I've heard that he's left at least one in the middle of the night and never returned because he was questioned about money missing.

The trust was broken — forever.

Their partner was abusive so they GTFO.

My parents got divorced because my mom was abusing us. It was hard for my dad because of the whole gender roles thing especially in the South. Everyone quietly made fun of him which was completely f***ed up.

Grew up in a cult, moved out the night before I turned 18 with my first ever boyfriend. I was always taught that my mission in life was to make someone happy and women were doormats. He asked, I said yes, it happened.

He was physically and emotionally/verbally abusive. I was basically a maid. I did all of the cooking (cooked dinner every night), cleaning, laundry, yard work, made sure the bills were paid AND worked a full-time job. He also cheated on me with four different women (that I'm aware of). I was so afraid to leave because he told me that if I ever left him he would kill me and himself. Instead of just leaving, I ended up getting myself into a mess and having an affair (will never ever ever again). He was also a porn addict. Anyway, we divorced five years ago and I still celebrate every year on our court date.

He was a cop. A dirty one. Slept with the maid of honor from our wedding for four years. I didn't want to see it even if it was blatantly obvious. Even when I did admit it, I wanted to give it a year to fix it. He took zero responsibility and refused to even admit it, much less go to counseling with me. Even to this day he claims nothing happened. Even though they’ve lived together since before the divorce.

We got along great, I just couldn't seem to get along with her boyfriend.

Some differences really are irreconcilable — and that's OK.

We were married for a year (both of us muslims) and we tried to have kids but we couldn't (I'm happy about that now).

We had an arranged marriage I would say we were happy together but he wasn't living his real self. He kept denying he was gay mostly due to culture stigmas.

We divorced 5 years ago. I got married again two years later and have two beautiful kids now :).

We lost touch after the divorced but i was curious and looked for him in social media. I think he met some one he travels with him everywhere. Maybe they're just friends but i dont think so, I’m happy for him :)

Making the decision to end a marriage is never easy, but sometimes it truly is the best option — and those sad endings can lead to really happy new beginnings. But if there is anything I’ve learned from these stories, it's that if you are considering taking that step, don’t rush it. Take your time to really get to know one another and make sure you are really compatible. It will save you time, heartbreak, money, and a whole lot of paperwork.