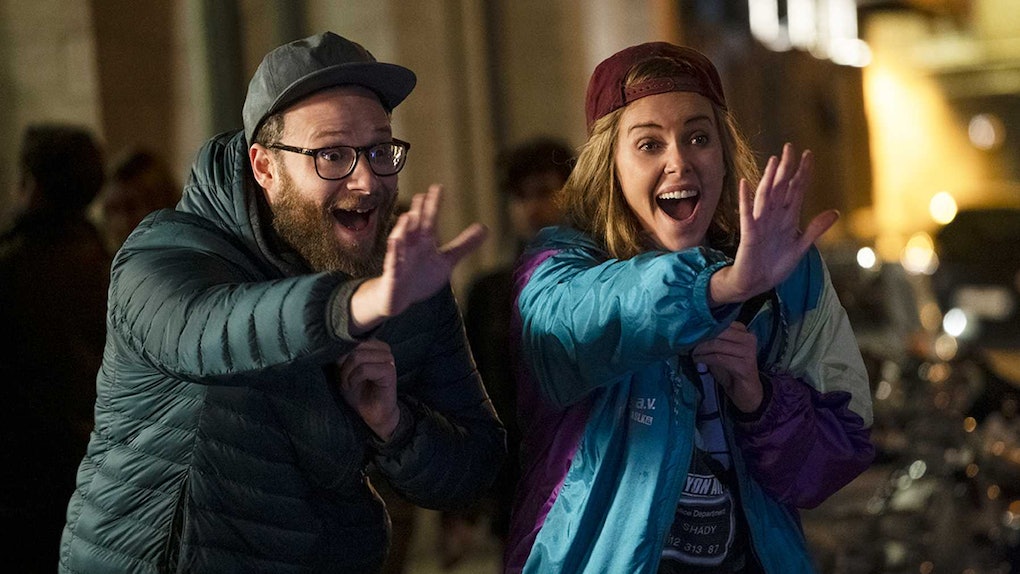 10 Movies About Elections That'll Get You Ready To Vote

You've probably heard by now that there's a pretty big election coming up. On Nov. 3 (and the weeks leading up to it, if you're voting early), people across the U.S. will vote in the presidential election, and in many state and local races as well. It's been a hot topic of conversation for what feels like forever, but it's helpful to remember that all the election talk is for a good reason. It's so important to exercise your right to vote in order to make your voice heard. If you need a little extra motivation to get to the polls or to mail in that ballot, here are 10 movies about elections that'll inspire you to get going.

As long as there have been politics, there have been stories about those politics. Audiences love to watch a good political fight, whether that fight takes place on the national stage or in a high school classroom. It makes sense; there are all kinds of dramatic situations to mine from election stories that feature candidates racing to the top in a cutthroat competition. There's also all kinds of inspiration to draw from these movies, since they highlight the value of participating in politics to help build a better world. Check out the movies on this list to help carry you through to Nov. 3:

If you don't think student government elections can get heated, just take a look at Election and then see how you feel. A young Reese Witherspoon stars as Tracy Flick, an iconically intense high school student who's determined to become student body president by any means necessary.

Politics and romance often go together, as is the case in this recent rom-com starring Seth Rogen and Charlize Theron. A presidential candidate and her speechwriter hit it off and try to figure out how they can make a relationship work amid an election.

Another high school movie for the list, this one will will bring you on the journey to Vote for Pedro. Just a warning though: If you watch this one, you probably will be quoting it for days, weeks, or even years after.

Chris Rock stars in this comedy, which he also directed. His character is a straight-talking politician who's committed to helping his constituents, something all politicians *should* aspire to be.

Game Change is the movie to watch if you're interested in seeing a real-life election play out. It tells the behind-the-scenes story of John McCain and Sarah Palin's 2008 campaign.

Jon Stewart talked politics as the host of The Daily Show for years, so it makes sense he made this movie all about a mayoral race. Steve Carell stars in this sentimental movie about bipartisan politics.

Elections tend to be fodder for a lot of comedy, and that's certainly the case with The Campaign. Will Ferrell and Zach Galifianakis star as larger-than-life rival politicians.

It's tempting to think about the power someone might have if an election all comes down to their vote. Swing Vote explores that fantasy and makes for a surprisingly sweet movie.

This classic 1976 movie tells the real-life story of the Watergate scandal, which took down Richard Nixon's presidency. If you need a reminder that politics have always been scandalous, this is the one for you.

On the other hand, if you're looking for a movie that will re-instill some of your hope in government, then this is your pick. In this movie, a newly-elected senator goes up against a corrupt system, reminding everyone that some politicians truly fight for the good of the people.

After you have your election movie marathon, remember to cast your own ballot on or before Nov. 3.

More like this
10 Rainy Day Movies To Watch On Netflix That Are Perfect To Pass The Time
By Kristen Perrone and Lexi Williams
Zendaya's Instagram About Voicing 'Space Jam: A New Legacy's Lola Bunny Is A Throwback
By Abby Monteil
Is Netflix Making A 'To All The Boys' Spinoff Series About Kitty? Here's The Tea
By Rachel Varina
Stay up to date