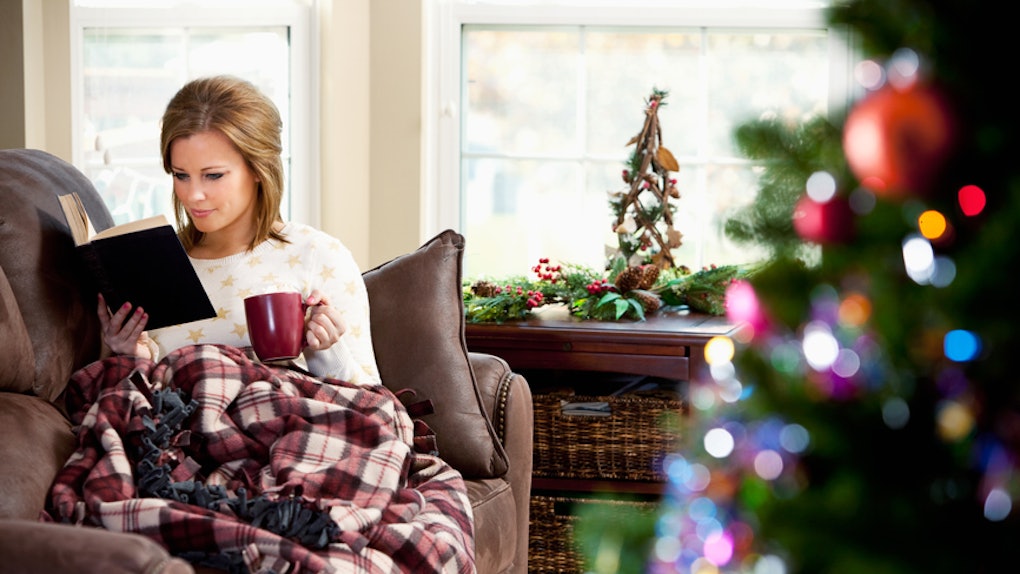 There's no better gift to give or receive than a truly fantastic book, for obvious reasons. When you give someone an amazing book — especially one that you yourself have enjoyed — you're basically sharing a new and exciting world with another person. With the holidays around the corner, it's the perfect time to start thinking about books to buy as gifts for the person in your life who can't get enough fiction.

In an ever-changing and increasingly complex world, sometimes a good dose of fiction is exactly what you need to reframe your perception of something, or to gain empathy for an experience or personal narrative that you may not be able to immediately relate to. Fiction opens doors, breaks down boundaries, and creates connections across humanity, which is why it's such a perfect holiday gift for everyone on your list.

In the specific spirit of empowerment and knowledge, I've focused specifically on female authors for this fiction list, though that by no means implies that all narratives are, or should be, from a female perspective. Here are 10 books to buys as gifts for any and all people on your holiday giving list, with summaries to help you figure out which book is best for whom.

First of all, this is the most beautiful book cover of all time. Second of all, this novel is about a marriage, and it's told in an almost mythical form that's sure to rock you from beginning to end.

Lauren Groff's novel covers the span of one marriage, both entirely normal and entirely extraordinary, over the course of several decades, and argues that it can often be the things you don't say that keep a marriage healthily humming along. Give this gift to your most existentially driven friend, who questions things that most people wouldn't even think of.

Meg Wolitzer is a personal hero of mine, so this book about four young adults coming of age and grappling with the all-too-human desire to "matter," in every sense of the word, hits a sweet spot with me, and I can almost guarantee it'll do the same for the lucky person you decide to give this novel to.

Wolitzer chronicles the story of these friends over decades filled with professional and personal achievements, loss, and disillusionment about what it really means to live an "interesting" life.

An innocent girl comes to New York and learns about sex, drugs, and rock and roll — typical story, right? In this case, you're wrong. Sweetbitter takes the quintessential coming of age story and wraps it in a prose-filled package so delicious (pun intended, because this novel is set in a restaurant) that your giftee will probably read the whole thing in one sitting.

If you know your giftee is a murder junkie, a cult fanatic, or just plain into creepy-good stories, then The Girls is the perfect gift for them. Emma Cline's debut novel about a fictionalized version of the Manson murders will haunt you not just for the context of such a gruesome event, but for the meticulous way that she describes and portrays female friendships, jealousies, and betrayals.

Everyone has heard about The Handmaid's Tale by now, largely thanks to its successful first season as a TV show on Hulu. But even if you've seen the show, the book is still a crucial fiction novel for all adult women in 2017, given our current, ahem, political climate.

This much-awaited follow-up to Celeste Ng's groundbreaking debut novel Everything I Never Told You will satisfy even the toughest of book critics on your holiday-giving list.

This story about an affluent suburban neighborhood that is shaken to its core by the arrival of a single mother and her daughter will move, intrigue, and haunt you from the first page to the last.

This novel by Jesmyn Ward just won the National Book Award, and for good reason. The book tells the story of a young African American boy coming of age in Mississippi, raised by his grandparents with drug-addled parents forcing him to grow up far too soon.

This marks the second time Ward has won the National Book Award for her remarkable prose and ability to capture the multifaceted beauty and pain of growing up as an African American person in the deep south.

This historical novel, which is set in the 1930s and '40s, is packed with everything from mobsters to scuba diving missions, and lots more in between. Through a series of intertwining narratives about a family during World War II, Pulitzer Prize winner Jennifer Egan's newest novel will not disappoint.

This bad boy is the perfect book for any avid reader you know, especially fans of historical fiction, although Egan's ironic, brilliant writing style could entertain just about anyone.

Theme parks and alligators and Dredgemen, oh my! This otherworldly story about a girl growing up in an alligator-centric theme park in the Everglades will captivate you from the start. Trust me, if you think that in and of itself sounds fascinating, the plot only thickens from there.

10. Among The Ten Thousand Things

Among The Ten Thousand Things, $13, Amazon

Julia Pierpont's debut novel about a nuclear family falling apart begins in the most fascinating way: Two children find a box filled with the lurid emails their father wrote to his mistress. From there, we watch one New York family navigate the waters of collapse, and even though you know where the novel is headed, you can't help but fall for each of these characters as they explore their own individual heartbreak.